Do Mysterious Fast Radio Bursts Mean Aliens Are On Their Way To Earth?

A new Harvard study has suggested that mysterious signals from space could be a power source for an extraterrestrial spacecraft and if that's the case then aliens could be headed this way. 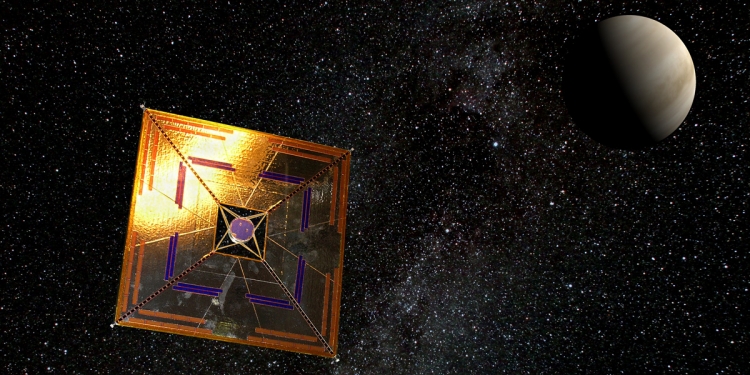 Photo: © Andrzej Mirecki
For years scientists have been baffled by the origins of phenomenon known as "fast radio bursts" or FRBs which can be detected on Earth, the recent study by Manasvi Lingam and Avi Loeb speculates that these bursts of energy could be an alien radio beam which is used push a spaceship through the galaxy.
FRBs are very short, intensely bright pulses of radio waves and while scientists have suggested that they could be of alien origin before, this is the first time anyone has connected the bursts to the solar sail power space flight.
A solar sail, also known as light sails or photon sails use the principle of radiation pressure to propel a vessel through space. A high-energy laser beam could be aimed at a craft's sails and push it through space, in the same way wind pushes the sails of a boat on the ocean.
This may sound like science fiction, but radiation pressure is a proven and tested phenomenon, in fact it's already taken into consideration when making minor orbital correction to satellites. It also effects our spacecraft and probes, a craft heading to Mars, for example, would be displaced by thousands of kilometres by solar pressure if this were not accounted for.
This form of space travel, known as "beam sailing" is capable of pushing huge spacecraft weighing up to a million tonnes through space by bouncing the intense beam of radio waves off a large, reflective sail on the craft, there would be no need to have fuel onboard or even engines.
No one is claiming that they've found a fleet of aliens sail boats, but this the study just proposes the extraterrestrial origin theory as another idea to the potential source of the FRBs, but if these beams we're detecting are the result of an alien propulsion system then what does that mean?
As the spaceship with light sails can only travel along a focussed and powerful beam of energy and we've detected those beams here on Earth, then that would suggest that Earth is sat right in the path of a alien spaceship. Perhaps alien life is being pushed here along that beam now, or maybe they passed us by considering us to be unimportant or uninteresting.