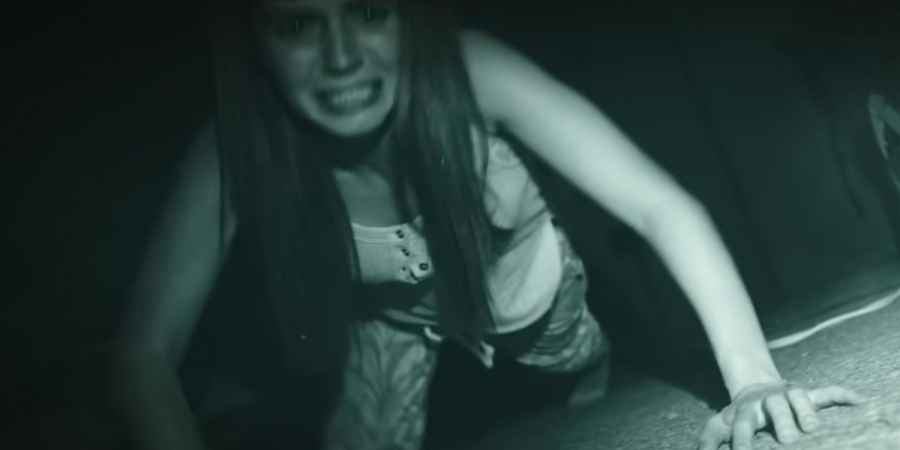 'Paranormal Activity: Next Of Kin' is the reboot of the supernatural found footage movie franchise that introduced us to a demon known as Toby who haunted the families of two sisters.
The original franchise, which included five movies and two spin-offs, came to an end in 2015 with 'The Ghost Dimension', but this Halloween the evil is reborn in the seventh instalment in the series.
'Next Of Kin' is the only 'Paranormal Activity' film to not be given a theatrical release, instead it will premiere in the United States on Paramount+ on October 29. There's not yet any word on a release outside of the US. The video-on-demand service doesn't launch in the UK until next year.
The new movie serves as a reboot rather than a sequel to the series, perhaps this might mean fans of the original movies will finally gets some answers to some of its biggest unanswered questions that were overlooked in the series finale, like the history of the mystery cult that seen in the second film and the origins of the demon who torments several generations of the same family.
A teaser trailer has been shared online, but it loses some of its impact due to the fact it's square and subtitled.
The 2021 movie stars Emily Bader, Roland Buck III, Dan Lippert and Henry Ayers-Brown, and is directed by William Eubank - a cinematographer and director who previously directed 'The Signal' in 2014.
The film is written by Christopher Landon, who also wrote 2014's 'Paranormal Activity: The Marked Ones', and is produced by Blumhouse's Jason Blum, and Oren Peli, who directed the original movie in the series in 2007.
Not much is known about the movie or its plot, but the trailer appears to show that the action takes place several centuries ago.
Add A Comment
Tags:
moviesparanormalhorror