Fred Batt has teamed up with British paranormal investigator, Brian Holloway, to release his own ghost hunting app. 'The Demonologist' will be available for download on Android devices this Halloween.
Fred is best known as the resident demonologist on the long-running British paranormal reality show, 'Most Haunted', where he's been using his trademark incantations to stir up dark paranormal activity for Yvette Fielding and the team.
Fred's app promises to be the darkest developed by Brian, along with his partner, Samantha Humble. It will feature exclusive recordings of Fred's voice. Brian says, "it uses Fred's actual voice in the reversed banks which add a unique energy to the app itself."
The audio is used to produce the phonics and sounds necessary for spirit communication through the app, but the words are reversed to avoid false hits or existing words coming through the device's speakers.
The app randomly sweeps through these banks of reverse audio and on every sweep it picks a random sweep rate in milliseconds and a random volume level. Brian says, "everything is random and there are no preprogrammed patterns. We also remove any anomalies in the reversed banks that may sound like a word and we do this many times to make sure there is no chance of any false hits." 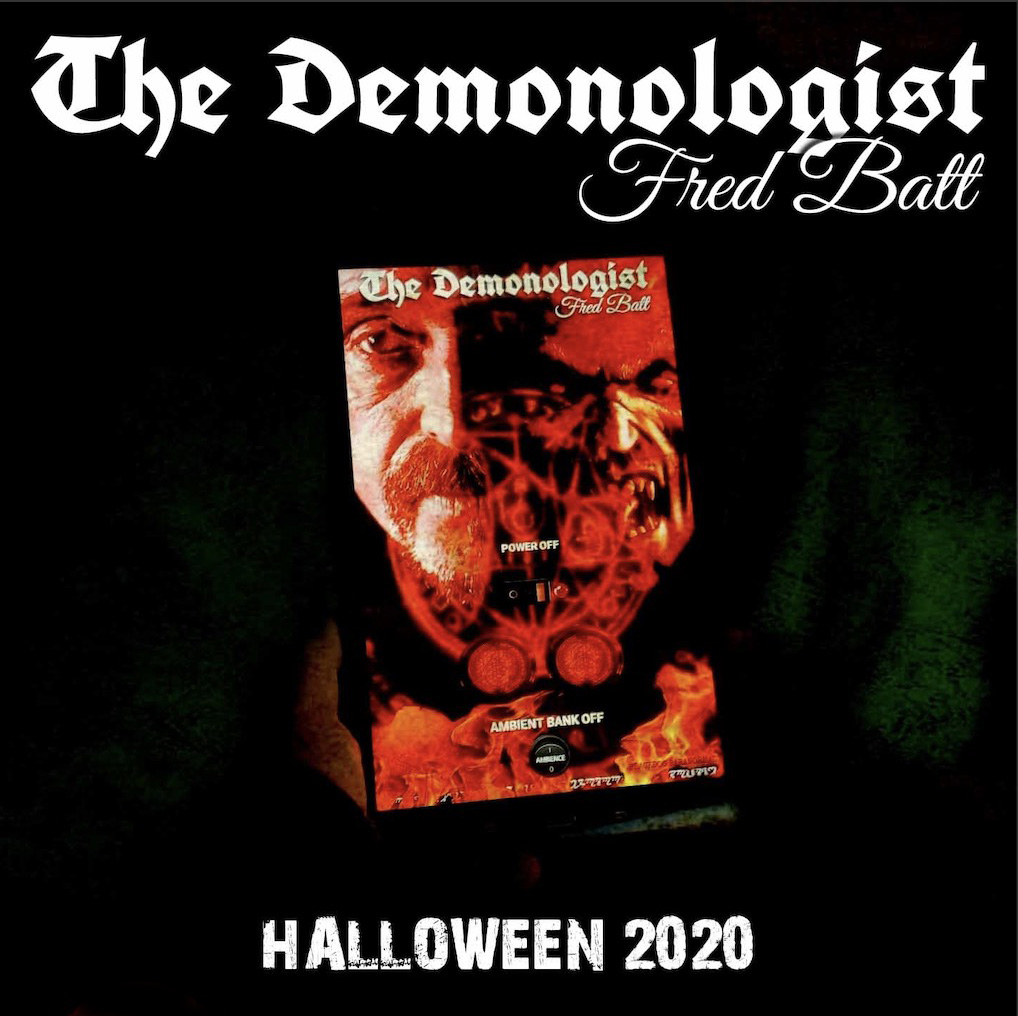 Just like Fred does on television, the app allows investigators to stir things up before they begin their attempts to communicate. It does this by allowing you to play a very special ambient audio bank, which was recorded by Fred. Brian said, "Fred's unique voice and vocal tones have given this app a very special sound and vibe."
Brian has produced several popular paranormal apps including 'The Witch' and 'The Witch 2' - the original is a favourite of Fred's. The television demonologist uses the app on public ghost hunting events alongside a Ouija board. Fred says he has had great results, "combined with the Ouija board and me, people can't believe it when they see it happening, it really is amazing."
The new app is really easy to use with just one ambient bank and a single power button to start the app. Brian explains how to use it, "simply turn the app on and start asking questions and listen for replies." He adds, "always remember to be respectful especially considering this is a slightly darker app."
But with Halloween fast approaching, is it safe to be using an app to communicate with dark entities? Brian says, "as with all darker apps and trying to contact possible darker energies, just be carful and use protection especially at Halloween."
However, he advises those people who are not comfortable with the darker side of the paranormal to use caution, not just with his app, but any form of spirit communication, "like all apps and devices we recommend people use it sensibly. Always start with protection before running the app and always close your session after."
Brian has also previously created bespoke apps for various paranormal teams including Redridge X, Northumberland Ghost Hunters, and Paranormal Hauntings.
'The Demonologist' app will be available to download via the Play Store this Halloween and Brian is sure that fans of the paranormal will like it, "we think people are going to love Fred's app."
Tags:
paranormaltelevisionfred battghost huntingapps