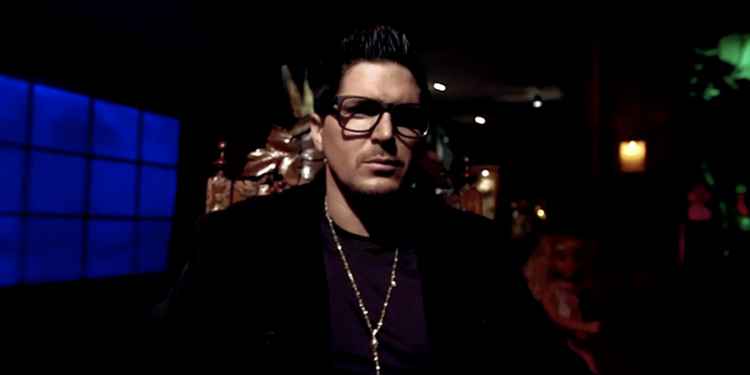 Really channel have announced that Zak Bagans' new 'Ghost Adventures' spin-off series that's been filmed at his Haunted Museum during the global coronavirus lockdown will air in June here in the UK.
'Ghost Adventures: Quarantine', a four-part mini-series shot while self-isolating at Zak's Haunted Museum, will air on the Really channel from Saturday 20th June at 9pm.
As always, Zak will be joined by Aaron Goodwin, Jay Wasley and Billy Tolley as they spend two weeks quarantined inside the haunted Las Vegas attraction.
Many paranormal investigators believe that supernatural entities feed off of fear, and the greater the fear, the more dangerous spirits become. Zak and his team discover how heightened levels of fear in this unprecedented time impact the dark energies attached to the world's most haunted objects.
Zak said, "fear gives entities power, and fear is now permeating our society on a scale we haven't experienced before. We are witnessing the amount of spirit activity greatly increase and we need to understand how this unprecedented situation affects things on a supernatural level."

Each hour-long episode, is entirely shot by the team themselves while maintaining proper social distance practices amid the COVID-19 pandemic. Without a production crew, Zak and the team will brave it alone amongst the allegedly haunted artefacts contained within Zak's museum, including the Devil's rocking chair, Peggy the doll and the infamous Bela Lugosi's Mirror, which is said to be so dangerous that it is kept behind drawn curtains.
With no visitors to the museum in weeks due to its temporary closure, the GAC are the first people in weeks to encounter these powerful paranormal forces and face them head on.
Zak said, "this investigation has been very different. It's been a lockdown within a lockdown. Just the four of us in the Haunted Museum property for the last twelve days now and it's all been building up to a big moment."
The "big moment" Zak is referring to revolves around his notorious Dybbuk Box, his most terrifyingly haunted object that is believed to curse those who come in contact with it. During a previous 'Ghost Adventures' special that was broadcast live from the museum on the night of Halloween 2018, Zak was all set to open the box, but he lost his nerve at the last moment.
This time the box finally gets opened, a moment Zak says will live with him forever. The long-awaited opening will feature in the fourth episode of the mini-series and fans will finally get to see Zak open the Dybbuk Box in the hopes of getting a better understanding of its alleged dark and sinister power.
Speaking about their time locked down in the museum, Zak said, "this is by far the most intense investigation and in-depth experiment we have ever done, considering the whole tone of doing a lockdown within a pandemic lockdown... it's as raw and terrifying as it gets."
During their investigation, the team also bring in via video calls previous museum visitors who've experience supernatural occurrences there, as well as video chats with tour guides and other special guests who have had horrifying experiences in the museum.
The Saturday night airing of the show launches Really's extended Freakend schedule. New paranormal shows normally air as part of the networks weekly two-night programming event on a Thursday and Friday, but now fans of the paranormal can enjoy spooky shows on a Saturday too.
'Ghost Adventures: Quarantine' will air at 9pm on Saturday and will be followed by another chance to see 'Destination Fear', but the three day paranormal programming event kicks off on Thursday night with new episodes of 'Portals To Hell' and repeats of 'Unexplained: Caught On Camera'. Fridays bring viewers 'Haunted Towns' as well as new episodes of 'Ghost Adventures'.