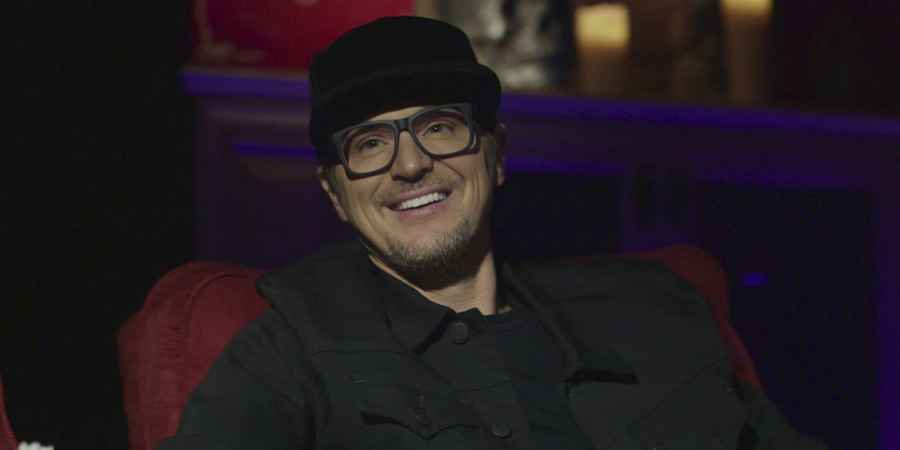 The Really channel have confirmed that British fans of 'Ghost Adventures' will be able to see the show's new spin-off series as part of the channel's 13-day-long Halloween programming event.
'Ghost Adventures: Screaming Room' will air from 10pm on Monday, October 19 as part of Really's 13 Nights Of Frights, bringing viewers a full nightly schedule of paranormal shows every night over the countdown to Halloween 2020.
In 'Screaming Room' paranormal investigators Zak Bagans, Aaron Goodwin, Jay Wasley and Billy Tolley open up to viewers as they've never done before as the guys kick back in their screening room to watch their favourite episodes of the hit series and get candid with fans – and each other – about their craziest experiences over the past decade.
Away from the haunted locations we usually see them in, with no equipment or investigations, it's just the team, some munchies and never-before-heard stories from the moments that created a legacy. Get ready for laughs, screams and surprises alongside the crew in the ultimate tell-all event.
"Aaron, Jay, Billy and I have had so many unforgettable experiences over the years," said Bagans. "To say we've seen a lot is an understatement. It's great to take a moment and reflect on everything together, revisiting and remembering the situations that define us as a team, the show and the work we do. Not to mention all the times that made us laugh! It's exciting to share it with our fans in a way they haven't seen before."
Armed with their favourite "screaming room" concessions – popcorn, mango, goji berries, crackers and banana chips, in case you need a bit of your own snack-spiration – the crew will relive some of the most terrifying, shocking and even comedic moments from their career, as they re-watch their most memorable investigations with candid commentary.
In the series premiere, Zak Bagans, Aaron Goodwin, Jay Wasley and Billy Tolly revisit their chilling investigation inside the Titanic Museum in Branson, Missouri. Built at half the size of the original ship, the halls of this iconic museum harbor an interesting stowaway…the precocious spirit of a six-year-old child. Watching the episode together, the team reveals exclusive stories and insight from this unforgettable experience.
Additional episodes include Goatman's Bridge in Denton, Texas; the Stardust Ranch in Arizona; Mexico's Island of the Dolls; the Washoe Club in Virginia City, Nevada; Ripley's Believe It Not! oddities museum in Hollywood, California; Oregon's Enchanted Forest amusement park and more.
And there's more good news for 'Ghost Adventures' fans as Really have also announced that their Halloween offering will include Zak Bagans and the 'Ghost Adventures' team's Halloween special, 'Curse Of Harrisville Farmhouse'. The two-hour special aired in the US last year, but has not yet been shown in the UK.
Really will also air a creepy documentary that explores the real story behind husband-and-wife paranormal investigation team, Ed and Lorraine Warren, who over the course of their 50-year career investigated thousands of hauntings, including the Harrisville farmhouse.
'Devil's Road: The True Story Of Ed & Lorraine Warren' features interviews with their daughter and son-in-law, Judy and Tony Spera, who share never-before-broadcast audio of Ed conducting interviews for the Bridgeport, Connecticut, poltergeist case, and rare video of the Warrens helping a young woman coming under demonic possession.
British viewers will also get their first chance to see Jack Osbourne's new "caught on camera" paranormal series. 'The Osbournes Want To Believe' features his legendary parents, Ozzy and Sharon, as he tries to convince them that ghosts exist.
Also look out for 'My Paranormal Nightmare' which features real witnesses recounting terrifying true tales of violent hauntings that have plagued their nightmares since childhood. Now adults, they go back in time to the horrific encounters with compelling first-person testimonies.
#13NightsOfFrights starts on Monday, October 19, kicking off with 'The Osbournes Want To Believe' and running up to and including a night of special programming on Halloween night itself.
The Really channel broadcasts in the United Kingdom and Ireland as part of the Discovery family of channels. You can watch Really on Freeview (17), Sky (142), Virgin Media (129) and Freesat (160), plus YouView, BT TV and TalkTalk TV. Or watch previous episodes on demand on dplay.
Tags:
paranormaltelevisionzak baganshalloweenhalloween 2020topicalghost adventures13nightsoffrights2020