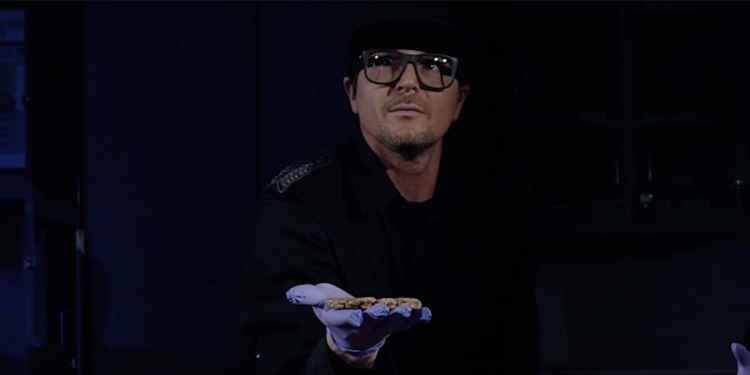 'Ghost Adventures: Serial Killer Spirits' is the latest offering from Zak Bagans and the 'Ghost Adventures' crew. The four-part miniseries is a spinoff from the long-running ghost hunting show.
Throughout the series the team Zak, Aaron Goodwin, Billy Tolley and Jay Wasley try to uncover the lingering evil left behind by some of America's most infamous serial killers by visiting locations such as H. H. Holmes' murder house, a prison facility where John Wayne Gacy was detained, a jail in Iowa that housed murderer Jake Bird, and an abandoned house in Utah with links to Ted Bundy.
How much can you remember about the four fascinating locations featured in the series and the team's investigations in them? Test your knowledge with this tricky 'Ghost Adventures: Serial Killer Spirits' quiz...

1. The team visit the a prison in Illinois to search for John Gacy's spirit, but what was he also known as?

2. What did the child living next door say to Zak before the team ventured into Ted Bundy's ritual house about the ghosts there?

3. What is the name of the round disk-like gadget the team use throughout the series?

4. Zak caught a pinkish mist manifesting on camera in which room of the Old Joliet Prison?

5. Which member of the team did Zak lock in a room in the basement of Ted Bundy's ritual house?

6. The GAC visit Pottawattamie County Jail on the hunt for the spirit of killer Jake Bird, but what nickname was the facility given?

7. What was the name of the young woman who's believed to be a victim of Ted Bundy who is connected to the ritual house they investigated?

8. In which US state would you find the H. H. Holmes murder house that GAC investigated?

9. In the series Zak held a preserved piece of which serial killer's brain?

10. What was serial killer Jake Bird's gruesome weapon of choice?

11. What was the name of the eight-year-old that the team believe Ted Bundy murdered in the house they investigated?

12. Which of the locations featured in the series did Aaron NOT run from during an investigation?

13. Which of these ghost hunting does Zak use throughout the series?

14. What was unusual about the jail cells at the prison which house Jake Bird?

15. Which of the serial killers featured in the show was known as the Tacoma Axe Killer?