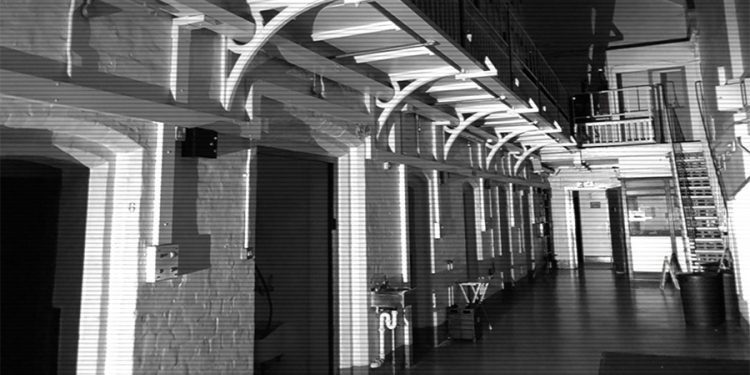 If you've got the ghostly bug and just can't wait for your next chance to go ghost hunting, the team at Most Haunted have come up with a way to keep fans connected to the paranormal 24/7.
Inspired by the huge demand to access the event company's HD existing cameras at one of Lancashire's creepiest paranormal hotspots during the coronavirus lockdown, the television show Most Haunted have now launched Ghost Cams UK giving stay-at-home ghost hunters the chance to spot spooks from their own living rooms.
The website, an offshoot of the long-running British paranormal television show fronted by Yvette Fielding, is currently streaming live from five of the team's favourite locations across the UK. Each haunted hotspot is rigged with night vision cameras that paranormal investigators can remotely log into with access to one location's live feeds starting at just £3 for two months and multi-location passes available.
The live feeds gives armchair ghost hunters 24/7 access to high definition night vision cameras placed around the haunted locations, allowing remote vigils to be held all night long as viewers watch the feeds in the hopes of catching a glimpse of some ghostly goings on.
The interactive cameras, most of which have sound, allow viewers to move around the room and even zoom in on the different views. The cameras are available to watch on desktop or mobile devices, and can look great on a large television for extra clarity.
There are currently five locations available to view, with more being added soon. Most locations have at least two cameras available to switch between.
There are five camera feeds available from the grade II listed Accrington Police Station & Courts. Situated on the edge of the town centre, the building was previously jointly used as a magistrates court and police station by the Accrington division of Lancashire Police. More recently it's been used as a venue to host public ghost hunts by Most Haunted Experience as well as playing host to Yvette and the gang for their 2019 Halloween live show.
You can also view a live feed from Blackpool's Hangar 42, a museum and the home of Lytham Spitfire Ground Display Team. The WW2 Bellman Hangar is a firm favourite with the Most Haunted team after they've experienced plenty of unusual incidents there with members of the public during events.
The team have installed two camera's at The Fleece Inn near Halifax, an infamous location where a chair was thrown by an unseen force during an episode of the show filmed at the 17th century pub in 2017. With reports ranging from unexplained noises and smashing of glasses, through to dark shadows and even full apparitions, this location could be one to watch.
The team also had to install a camera at ​Cogges Manor Farm after experiencing so much activity at this living museum in Oxfordshire during many public events held there.
There's also the chance to see what goes on in an abandoned prison over night with two cameras at the vast and sinister HMP Shrewsbury, a location that proved to be one of the team's most terrifying and violent to date.
Two cameras are located in C Wing, a part of the building that some officers refused to work in when the prison was in operation. Staff have reported being pushed down stairs, hearing doors slamming, noises like moving all around them and disembodied footsteps.
There's also soon to be two cameras streaming 24/7 from The Bate Hall in Macclesfield, a location that proved to be very active for Yvette and the team in a 2018 episode of the long-running paranormal show.
Ghost Cams UK will give fans of all things odd the chance to get a much-needed paranormal fix from the comfort of their own home. Viewers will be encouraged to watch the static cameras and look out for anything strange occurring while the building is in lockdown and beyond.
The events company are also giving venues the chance to submit their own haunted buildings with the view of installing a ghost cam there too and being part of their national online paranormal experiment.
You can sign up and start viewing Ghost Cams UK's selection of live feeds now at ghostcams.co.uk.