This article is more than five years old and was last updated in August 2021.

Join Higgypop For An Evening Of Ghost Stories

Listen to a selection of hand-picked ghost stories, read exclusively for Higgypop just in time for Christmas 2017. Here's a little taster of what you can expect from the live stream...

Bill Spectre - 'The Tale Of George Napper'
Bill Spectre embarks on his Ghost Trails every Friday and Saturday as he guides his guests around Oxford. For the brave, the 1 hour 45 minute tour starts outside Oxford Castle's gift shop but the more cowardly or less energetic can pick up the tour twenty minutes later at the Tourist Information Centre on Broad Street. There's no need to book, just show up and pay on the evening.
» For more information, current prices and times visit ghosttrail.org
» I can highly recommend Bill's tour, read my review here
Jem Roberts - 'Sigurd's Howe'
When it comes to storytelling, comedian and writer Jem knows what he's doing. You can currently pre-order his new book which promises to be a compendium of some of Britain's oldest stories, legends and myths. So, I had to ask Jem to get involved to share a spooky story from his book.
» Support 'Tales Of Britain'
Steve Higgins - 'The Crooked Fiddler'
Steve Higgins, your host for the night, has taken some time out to tell you about a ghost legend from the town he calls home, the legend of the Crooked Fiddle.
Like most, Steve's fascination started as a kid. Growing up in the 80s meant that 'Ghostbusters' was one of his first loves, and at around the age of eight he wrote a letter with my grandad to a toy company asking for a proton pack. Not a toy one... a real proton pack. A toy company may not have been the best place to write to in order to obtain an unlicensed nuclear accelerator contained within a backpack.
» More on the Crooked Fiddler
Moira - 'Who's There?'
Sometimes children seem to have a connection to the spirit world that is lost in adults. What would you do if your child could see something you couldn't see? If they were waving and giggling at an unseen presence? Would you wonder who's there?
Frazer Lee - 'Tinsel'
Frazer is Head of Creative Writing at Brunel University London and is an active member of the Horror Writers Association and International Thriller Writers. His guest speaking engagements have included StokerCon, World Horror Con, London Screenwriters Festival, and the Guerilla Filmmakers Masterclass. He lives with his family in Buckinghamshire, England just across the cemetery from the actual Hammer House of Horror.
Official website: frazerlee.com
Twitter: @frazer_lee
Facebook: /AuthorFrazerLee
Goodreads: Frazer_Lee
Amazon: Author page

The History Of Ghost Stories At Christmas 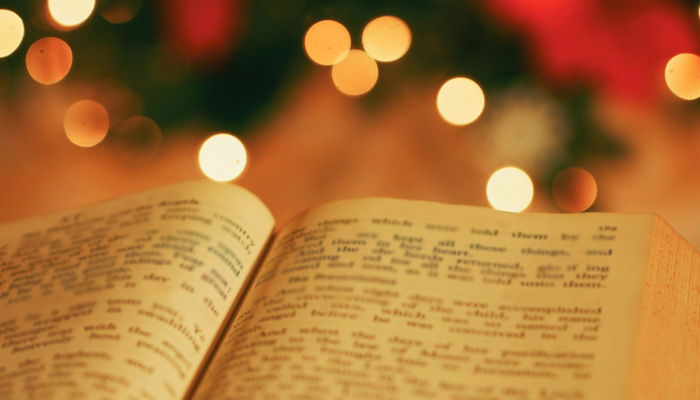 Photo: pixabay.com
Storytelling during winter festivals is a tradition which dates back even further than Christmas as we know it. From Romans who gathered in the Forum, to families sat around a burning Yule log in the 12th century, a common part of these early celebrations which leant many of their traditions to Christmas was storytelling. By the Victorian era, the stories being retold around the fireplace were ghost stories.
You might initially think that ghost stories are an odd choice for the Christmas, but you have to remember that at this time in history, spiritualism and séances were a popular craze, and midwinter was believed to be a point when the spirits were most active.
Winter marks the point in the year at which people would turn away from hibernation and look towards spring and brighter days ahead, encouraging new life and nature to once again become more active. It doesn't seem too far fetched to come to the conclusion that the dead are also at their most active and powerful at this time.
While the tradition of ghost stories at Christmas has faded in recent years, it's still bubbling under in people's. In fact this year comedian Andrew O'Neill hosted a night of ghost stories, "Ghouls' Night Out" at the Bethnal Green Working Men's Club in London.
And a couple of years ago I noticed a posted in a tea room window near my house advertising a night of ghost stories on December 22nd, the winter solstice with the tag line "yule be chilled to the bone."
It's nice to see the old Victorian tradition of ghost stories over the solstice lives on in the 21st century but then I realised it's not actually that odd after all, there are clues to our former love of festive ghost stories dotted throughout our Christmas traditions, even today.
Probably the most famous Christmas story of all time (apart from the one about the baby in the stable) is essentially a ghost story... Charles Dickens' 'A Christmas Carol.' How many movie adaptations have been made of his tale of three Christmas spirits visiting a man in need on Christmas Eve? There are literally hundreds of movies and stories inspired by this book, including what has to be the greatest Christmas movie of all time, 'The Muppet's Christmas Carol'.
Until Dickens' days, stories were told and handed down verbally but Mr Dickens was amongst the first to see the commercial opportunity and published 'A Christmas Carol' in serial form before Christmas in 1843, the same year as the first ever Christmas card. However, when it comes to Christmas ghost stories, Dickens wasn't alone, as publishers had also spotted the opportunity, and ghost stories tended to be short, cheap, and lived on.
"A sad tale's best for winter: I have one. Of sprites and goblins."
William Shakespeare - 'A Winter's Tale'
Since the 1920s, ghost stories at Christmas were regularly broadcast on BBC radio. Then more recently, in the 70s, for eight years they broadcast a television version on December 24th, 'A Ghost Story for Christmas'. Most of the stories portrayed by the BBC were from the Victorian era including those of M.R. James.
James was an author and provost of King's College, Cambridge. He had a tradition of inviting a group of select students and friends to his rooms each year on Christmas Eve, where he'd read one of his own ghost stories to them.
As well as my tea shop example and Dickens, the clues to the ghosts of Christmas past are obvious today if you're looking for them, take Andy Williams' classic Christmas song for example, 'It's The Most Wonderful Time Of The Year,' his famous lyrics hold a telling reference.
There'll be parties for hosting
Marshmallows for toasting
And carolling out in the snow
There'll be scary ghost stories
And tales of the glories
of Christmases long, long ago.
When you think about it, it's no surprise that the idea of Santa stuck. After all with his magical qualities and the ability to leave gifts in a locked house, he could easily be described as a spirit or perhaps even a ghost himself.
The tradition of ghost stories at Christmas might be a fading memory but they're not yet forgotten, which is why I decided to call on the help of some of the best storytellers I know to put together a collection of ghost stories for Christmas 2017.
I'd like to thank all of those who gave up their time to help with this project and I hope that you've enjoyed listening to their tales of hauntings, murders and encounters from beyond the grave this Christmas.
Tags:
christmasparanormal