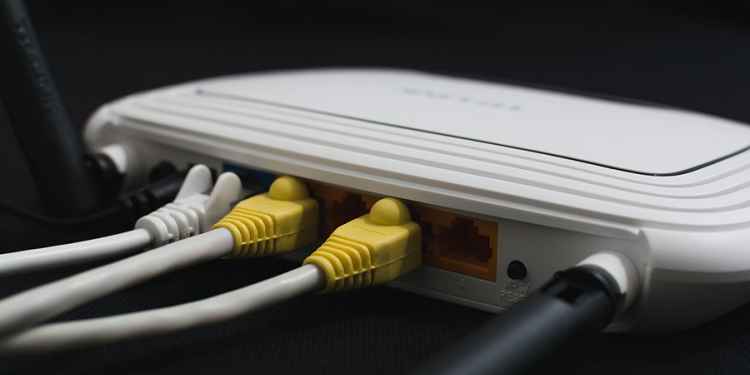 Photo: pixabay.com
Paranormal activity is among the weird and wonderful things Brits believe affect internet speed, it has emerged, as well as heavy road traffic and the secret government agencies.
A poll of 2,000 Brits also revealed that aliens, house pets and fish tanks have also been accused of interfering with WiFi connections up and down the country.
Additionally, nearly one in ten Brits think WiFi speeds are slowed down by someone else being on the phone nearby. Others blame thick walls and even bright lights for their sluggish WiFi speeds, according to the survey by Virgin Media.
Richard Sinclair MBE, executive director of connectivity, revealed many things can affect WiFi strength, including water but the supernatural isn't one of them. He said, "we'd be very surprised if ghosts were the reason why some people experience WiFi issues."
He added: "It may surprise many, but just three per cent of those who took part in the study agreed water can affect home broadband, which can be WiFi's Achilles' heel."
“Fish tanks, weather, and even human beings – which are made of mostly water – can also impact connectivity."
The study also found 40% of people mistakenly believe WiFi is short for 'wireless frequency', and a further quarter think it means 'wireless fidelity'. When in fact, the term isn't short for anything and is simply what its inventors named it, not based on any other words.
While slow internet can be a cause of frustration many are resorting to extreme measures to try and fix the issue.
Nearly one in 10 have given their router a whack to boost internet speed, and 14% turn their router off before going to bed, which is not advisable and can cause problems with the connection.
It also emerged almost a tenth of the population have 10 or more devices connected to their home WiFi at any one time. And the majority report that they get the best signal in the living room.
But millions struggle to pick up a decent connection in the bathroom or kitchen, according to the data. Nearly 13% are also unaware that having more active devices connected to WiFi could be the cause of slow operating speeds.
Richard Sinclair MBE, of Virgin Media, added: "We are all so dependent on staying connected so there is nothing more frustrating when your WiFi isn't working as it should."
"Our Intelligent WiFi features will help fight your WiFi battles for you to ensure that you can get our fastest speeds in every corner of your home."
"That means we can all get on and do the things we love at home such as streaming 4K movies, gaming online or simply browsing the net, all at the same time, across multiple devices."
If you're unsure whether you're getting the speeds you're paying for, check your connection now with speedcheck.org.

1. Weather
2. Thick walls
3. Electrical appliances
4. Time of the day
5. Neighbours devices and WiFi
6. If someone is on the phone
7. The Government
8. Humans
9. MI5/MI6
10. Traffic
Add A Comment
Tags:
paranormal