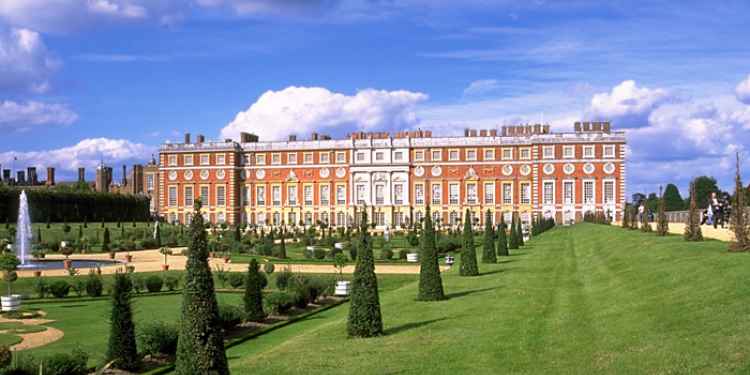 Photo: © Andreas Tille
In this episode of the ParaPod, Barry Dodds and Ray Peacock once again go head-to-head as they debate the paranormal. This week Barry ties to convince Ray that Hampton Court Palace in London is really haunted, he lists of the palace's three most prominent spirits to help prove his point.
Barry starts of with an introduction to Hampton Court, which he describes as a very famous building in London, he says that the property is "haunted by at least three different spirits."
Barry also points out, and is very clear on this up front that Hampton Court Palace "don't sell themselves on being a haunted location, there's places that do," like Barry's favourite location Chillingham Castle. But, at Hampton Court, according to Barry, they want to sell themselves on the location's historical importance.
With that in mind, Barry start to tell us about the ghosts of Hampton Court Palace... 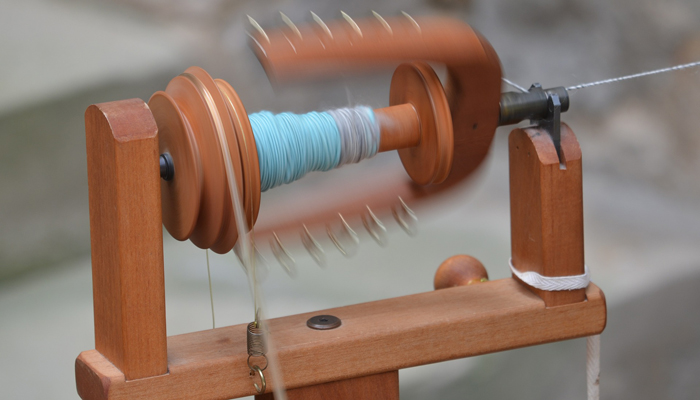 Photo: pixabay.com
According to Barry, the first instance of something odd happening at Hampton Court Palace was when "there was a guy who was living there, he was renovating, and he knocked through a partition wall and the other side there was a woman sat with a spinning wheel."
Apparently she then disappeared in front of his eyes, and Barry says, "he was like, 'well that's odd'."
The gentleman continued to see the ghost of the grey woman with her spinning wheel throughout the palace. Some say she was sighted as frequently as three times a month. Barry said that her appearance was annoying him, "she's always knocking around with her wheel."
Ray asked Barry, "who's she supposed to be?" To which Barry replied, "nobody knows." But they do, she's rumoured to be the ghost of a servant who died of small pox after nursing Elizabeth I at the palace. 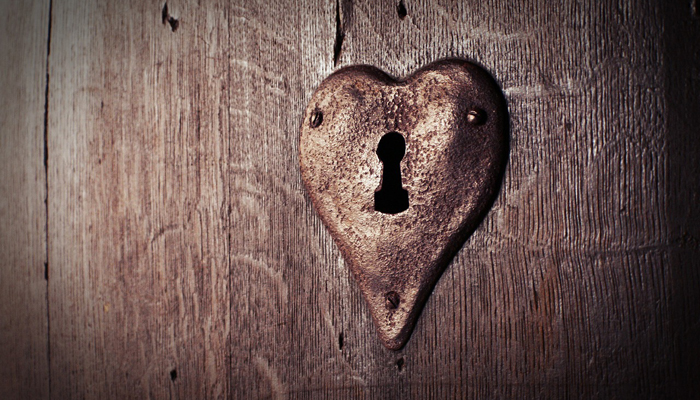 Photo: pixabay.com
The second spirit Barry has to tell us about is "one of King Henry's wives is in there, she was his fifth wife, called Catherine." Presumably he means King Henry VIII as King Henry I only ever had two wives and neither were called Catherine.
Ray needed a bit more information asking for a full name for Catherine. "I don't know her surname," Barry replied, "which ones were there?" Ray started to list the three Catherines that Henry married, "Catherine Parr..."
Without hesitation, Barry adopted this first name and confidently peddled it as fact. Despite Ray laughing, "is that what you're going for?" Henry VIII's fifth wife was actually Catherine Howard.
Well, whatever her name, according to Barry "she was knocking about with some suitor, some other bloke around the castle. Hery got wind of this and he was like, 'well she's getting her head done.' I think she got banned to her room or something, for some reason she got put in her bedroom not a prison, which I found weird."
Ray had to interrupt at this point, "look at what you just said, you've just said that a man who's found out his wife's having an affair,  you find it incredible that she wasn't put in prison."
Barry defended himself, "I'm not saying me, I'm saying Henry," and continued his story. "Henry put her in her room and said to some guards 'keep her in there, don't let her out'."
Ray wanted clarification, "is that a matter of record or is that how you're imagining it happened?"
But Barry ignored his cynical question and continued with his tale, "he went back to his room, he was cracking on with whatever he was doing. She waited until the guards fell asleep, and she came running out of her room shouting 'I wanna see Henry, I wanna see Henry!' And the guards were like 'get back'."
"They dragged her back in there, left her in there, now people see her ghost running along that corridor  screaming 'Henry, Henry!'"

Barry moved on to ghost number three, "the third ghost is King Henry himself, now this is good because they've got video evidence of him."
And in case you're thinking the video can't be real, Barry says, "this is real, there's nothing you can say. Like you can't go 'oh, it's someone dressed up,' because it's not. You can't say 'oh that's just a member of staff,' because it's not."
According to Barry, the video shows real CCTV footage of a fire exit at Hampton Court, he's says there's been no tampering going on and that "the camera has always been there." Ray clarified, "always been there? Did Henry install it himself?"
While Barry described the video as "really odd," Ray is convinced it shows nothing more than a member of staff closing a fire door, he said "That ghost is an actor that works for Hampton Court, who perhaps went out for a crafty cig or whatever in costumer, who is shutting the fire doors."
Ray adds, "that fire escape, I'll tell you now, I know for a fact wasn't there when Henry VIII was alive," and poses the question to Barry, "why would King Henry shut the fire doors?" Barry's answer, "security," which he clarified by adding "ghosts shut fire doors because that's what they do."
Ray challenges Barry's evidence further, reminding him of something he'd said earlier, "Hampton Court don't publicise their hauntings." Barry agreed, "no, they don't, so I don't know how that footage got out."
Ray then has the job of informing Barry the "Hampton Court are famous for and do publicise their tours, they do publicise that they have in-house actors." Reading from venue's official website, Ray then tells Barry that the only forthcoming events listed are based around Halloween and ghosts.
Barry asks, "shall I ring 'em?" To which Ian says "yes," of course.
A few moments later Barry is chatting to someone called Laura from Hampton Court's press office, she described the video clip as "a mystery really." Ray stepped in to question her, "Barry maintained in this podcast that Hampton Court don't publicise being haunted on any level."
Laura responds by saying, "Barry is sort of right, we've definitely never 100% said we have a ghost," but she goes on to confirmed that they do actively promote and publicise the ghost tours that they run.

After that phone call you might be thinking it was a clear win for Ray, but Barry actually disputed that. As soon as the call ended, Barry chanted "Barry is right! Barry is right!"
Ray asked him what on Earth he was talking about and Barry explained, "the lovely lady at the press office at Hampton Court has just said 'Barry is sort of right'."
Ray is amazed, "how have you only heard those words in all of what she jut said?" Barry seems to be ignoring the very clear reality of the situation that she "utterly contradicted" him.
There is no way Barry can be given a win for this. Laura at Hampton Court confirmed that the basis of Barry's argument, that the palace doesn't publicise its haunting, is incorrect. The first two ghosts he mentioned were anecdotal and the stories prove nothing, and the video shows nothing more than a staff member closing a fire door.
Ray 6 - Barry 0