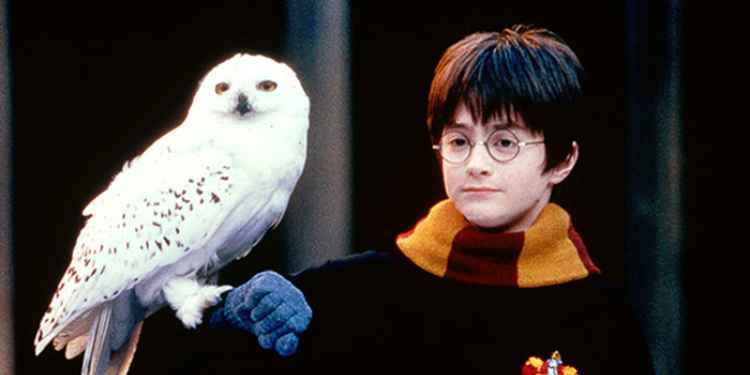 Harry Potter author J.K. Rowling recently tweeted about owls, an animal which are a big part of the wizarding world, but she warns muggles that keeping an owl as a pet is akin to making Horcruxes.
The author said in her post, "I've just read a very disturbing story about owls kept as pets. Much like making Horcruxes, this practise belongs in fiction. Please don't."
While the majestic birds are useful for delivering post and sending important messages in the Harry Potter universe, in real life they make terrible pets. Owl experts in the muggle world warn that owls are noisy, smelly, dirty, and they require a specialist diet which can be expensive.
J.K. has said "if anybody has been influenced by my books to think an owl would be happiest shut in a small cage and kept in a house, I would like to take this opportunity to say as forcefully as I can: You are wrong." She added, "the owls in Harry Potter books were never intended to portray the true behaviour or preference of real owls. If your owl-mania seeks concrete expression, why not sponsor an owl at a bird sanctuary where you can visit and know that you have secured him or her a happy, healthy life."
It just goes to show that while the world of Harry Potter may seem magical, some things are clearly better kept at Hogwarts. Another part of the wizarding universe which will be familiar with fans of Harry Potter is the magical portraits. 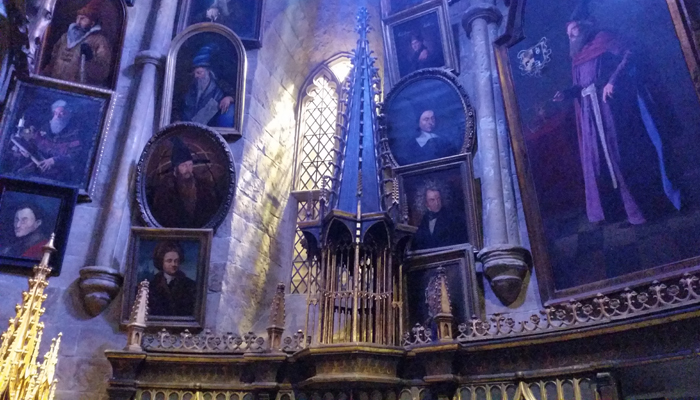 In the books people in portraits are not only able to peer out of the paintings, they're also able to talk and even move to other picture frames. Professor Dumbledore uses this type of magic to spy on his enemies, but it's easy to imagine how this type how this might get really annoying if it were real.
Imagine being sat at home watching a movie while all around you various faces in portraits and family photos watched your every move. Even worse, imaging having portraits in your bedroom. I know there's things that have happened in my bedroom that I wouldn't want the subject of a portrait to observe before vanishing from the frame and going to tell their other painted mates.
Another thing which would get pretty annoying pretty quickly is carrying a wand. It may sound cool but it's bad enough having to swap your keys, wallet and phone to different pockets before sitting down. Imagine having an 11-inch long stick in your pocket (and your own punchline). Why has no one invented a retractable wand, like a car radio aerial.
There's also the trace, a Charm put on wizards and witches who are under seventeen years of age which and alerts the Ministry Of Magic in the case the witch or wizard performs any unauthorised magic. Imagine having magical powers and not being able to use them. For a kid this would be like having a dedicated XBox room in your home stocked with a lifetime supply of fun size chocolate bars and fizzy drinks. No matter how adamantly a child promises not to go in the room, you can guarantee they'll be playing 'Call Of Duty' while chomping on a Lion bars every time you leave them home alone.
There's no denying it would be cool to be able to hex your friends and cheer on your favourite team at a Quidditch match, but here's the kicker... if you live in the magical world, no Netflix. Not just that, no YouTube. No television even... or mobile phones!
Magic folk seem to have very limited technology. They seem to like radios, in fact radio broadcast are an important means of sharing news in the wizarding world, as are newspapers. But it's only muggles who get to enjoy TVs, cinemas, and even cars. Who wants to fly on a broomstick in the middle of winter?
However, the worst thing about being a witch or wizard must be the risk of bumping in to a fierce and deadly dragons, giants, or some other terrifying beasts. Plus everything seems to have a mind of its own, there's sweets that will bite your finger off, plus books with razor sharp teeth that need to be opened in a certain way to avoid the risk of death.
So, while the magical world may seem pretty fantastic. I think I'll stick with Netflix and a nice warm car.
Tags:
moviesharry pottercreatures