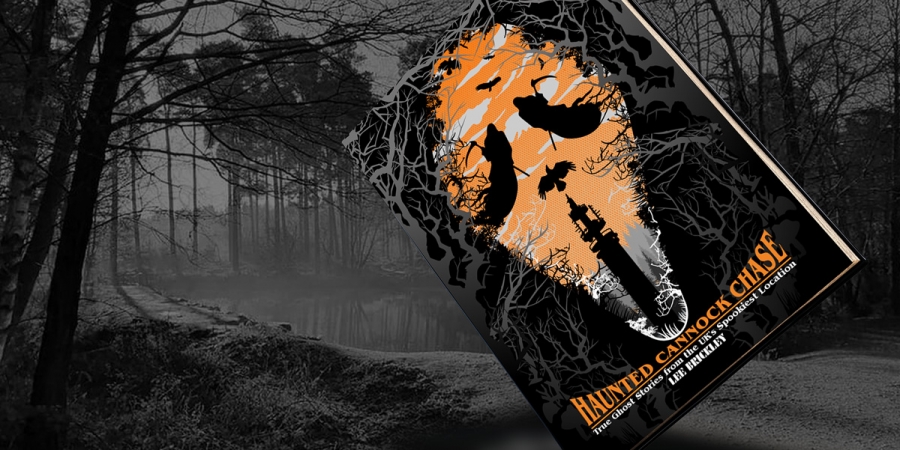 Something to add to your reading list this Halloween, a brand new collection of ghost stories and reports of real paranormal activity from England's most haunted forest, Cannock Chase.
Lee Brickley's new book, 'Haunted Cannock Chase' which is available on Amazon now, takes readers to the 26-mile-square forest in the heart of Staffordshire. The Area of Outstanding Natural Beauty has become known around the world as the UK's most active supernatural hotspot.
Cannock Chase is famous for the Pigman and the Black-Eyed Child, the woodlands and villages around the district are home to some of the freakiest occurrences ever reported anywhere in the world.
Lee is a paranormal investigator and author who has been researching Cannock Chase and all the strange goings on there for more than a decade. His previous books 'Ghosts Of Cannock Chase', 'The Black-Eyed Child', and 'UFOs, Werewolves, & The Pigman', have sold thousands of copies around the world.
In his latest publication, Lee has interviewed Cannock Chase locals in order to compile a record of their true paranormal encounters. 16 of these never-before published tales of unexplained phenomena of the ghostly kind are contained within 'Haunted Cannock Chase'. The stories include:
• The Rugeley Radio Messages
• Old Maggie at Pye Green
• The Prince of Wales Phantom
• A Haunting on Shoal Hill
• Ghouls on the Golf Course
• Sirens on Hednesford Hills
• A Ghostly Encounter at Slitting Mill
• A Multi-Storey Mystery
Lee, who regularly features as an expert guest in the media including on ITV's 'This Morning', grew up in the area, and has always had an interest in the paranormal experiences people have had there.
Lee said, "I started seriously researching and writing about Cannock Chase in 2013, and since then I've managed to publish numerous books on the subject. For a forest of only 26-miles square, a staggering amount of weird stuff happens there. Most people have read about the Pigman and the Black-Eyed child in news articles, but there's also literally hundreds of ghost sightings reported every single year."
In this new book, Lee tells the stories of haunted houses, unexplained radio messages, and even a phantom that is said to haunt the Prince of Wales Theatre. But, of course, there are new Pigman and Black-Eyed Child stories too.
Lee said, "a lot of people seem to believe that Cannock Chase is some kind of paranormal portal area where it is possible for entities from other places to migrate into our world. I'm not exactly sure how feasible that theory is, but it would certainly help to explain a few things were it to be true."
He added, "I've personally seen things I can't explain rationally while ghost hunting on Cannock Chase, and so has almost every other local resident. From strange lights in the sky to dark figures moving through the trees - everyone has a story."
'Haunted Cannock Chase' is available now, get your copy from Amazon.
Tags:
bookstopicalhalloween 2022