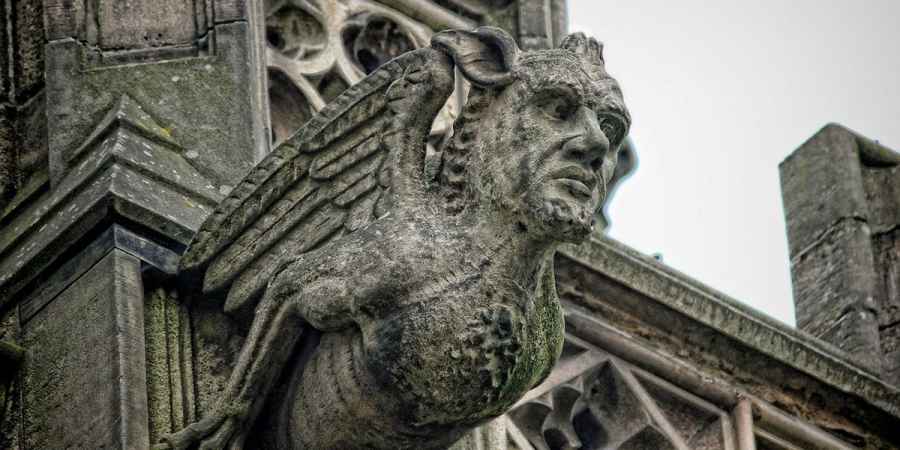 Photo: pixabay.com
Twenty tricky questions about Manchester's haunted buildings and the city's array of famous ghosts that haunt them, how much do you know about the hauntings?
Test your knowledge of haunted Manchester with our trivia quiz, and let us know your score in the comments section below.

1. What apparition is said to haunt Manchester Town Hall?

2. Brannigans nightclub is said to be haunted due something that happened in its past, but what was it?

3. A man praying in Manchester Cathedral saw the ghost of his sister, unaware that she had recently died, but what was her name?

4. A glamorous blonde-haired lady is seen in the green room of the Royal Exchange Theatre, she's seen with which other apparition?

5. What is the name of the actor who lost his life in an accident at Oldham Coliseum Theatre and is now said to haunt the upper circle?

6. Which BBC Halloween special attempted to trick viewers into thinking that the show had become a mass séance being broadcast from Manchester's Granada Studios?

7. 'Most Haunted' broadcast live from the city for three nights in 2005, what was the live event called?

9. What is the name of the female spirit that is said to haunt Ordsall Hall in Salford?

10. An exorcist was recently called in to help put an end to paranormal activity on the set of which television show filmed in Manchester?

11. The grounds of which haunted building in Manchester is said to be prowled by a black demon dog known as a shuck?

12. Haunted nightclub, Brannigans, occupied the downstairs of which historic building in Manchester?

13. The ghost of an unhappy female has been seen in which part of the Royal Exchange Theatre?

14. Wythenshawe Hall is said to be haunted by the lady in white, she's believed to be the spirit of Mary Webb, but who was she?

15. The landlady of which city pub has reported paranormal activity including pint glasses levitating off the bar?

16. A workhouse known locally as "The Grubber" is now said to be haunted and houses what?

17. Which location is said to be haunted by phantom monks whose legs appear cut off at the bottom as if they're walking on an older lower floor level?

18. What is the name of the medieval manor house in Worsley, Greater Manchester which for more 200 years has been known as "Skull House?"

19. Which of these locations have Yvette Fielding and the 'Most Haunted' team investigated more than once?

20. "Skull House" in Greater Manchester got its name because a human skull was found there, but what is creepy about it?