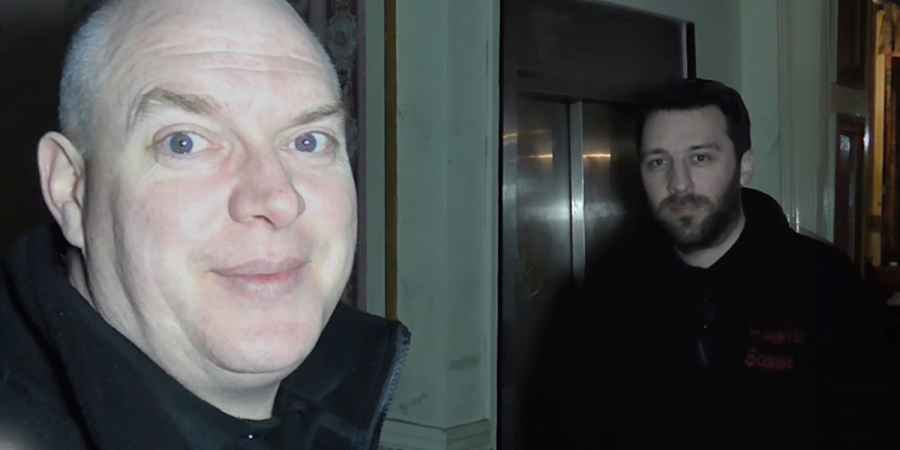 Photo: © Haunted Scouse
With strange light anomalies and disembodied voices, Haunted Scouse's intense Halloween special, potentially the last ever filmed investigation of Woolton Hall, promises to be the Liverpool-based team's best episode to date.
You might have heard of Haunted Scouse, an up-and-coming paranormal team consisting of Chris Cummings and Adam Billing. They've been making waves in the paranormal world last few months, spreading far beyond their roots in Liverpool.
Having recently reached the milestone of 1,000 subscribers on their YouTube channel, the team are preparing to premiere their latest episode this Halloween, which is packed full of amazing evidence. The special will see the pair return to a haunted location where they'd previously captured some compelling evidence.
Haunted Scouse are two mates who've been on the hunt for ghost for just over a year. Focussing their attention on paranormal hotspots in the areas where they grew up around Liverpool. So, where better to investigate for Halloween night when you're in Liverpool than the imposing Woolton Hall.
The original part of the hall was built in 1704 for the Molyneux family. Since then, the hall has been home to several notable figures, including the Earl of Sefton and Liverpool shipowner, Frederick Richard Leylands. Later in its 300-year history the hall was used as a hospital during WWII, then became a meeting place for the Freemasons, before eventually becoming a school. Today the Grade I listed mansion is abandoned and decaying.
Chris said him and Adam were excited to get back in to film their Halloween special, "we had investigated previously some weeks before and got back in as quickly as we could as the atmosphere and evidence captured was amazing."
Over the last few years, the now derelict building has become a popular location for paranormal investigators as well as urban explorers who document their visits to the property on YouTube, but Haunted Scouse's visit to the property will mark an end to this. The pair were the last paranormal team to investigate Woolton Hall, as ghost hunters are no longer being granted permission by the building's owner.
This means that the team's Halloween special that premieres at 8pm on Sunday, October 31 will include the last footage to be filmed at the amazing 300-year-old building. Chris said, "Woolton Hall deserves to be held as high as Newsham Park Hospital, the Ancient Ram or 30 East Drive in our opinion as the echoes of history are all around this amazing building." 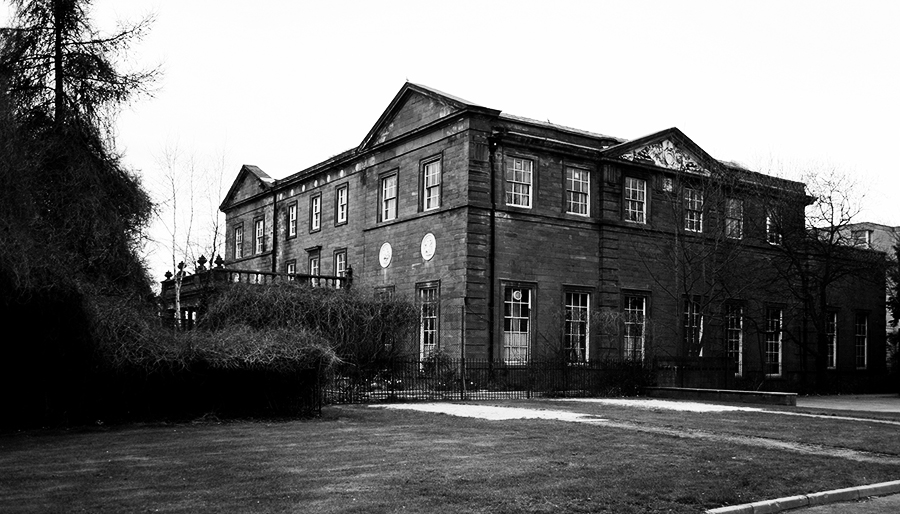 Photo: © Pete
Because the upcoming episode is a Halloween special, the duo decided to make things a little bit different by braving the location on their own. Chris said, "we each went inside alone for a whole hour with just two lock-off night vision cameras and a third night vision camera for first person perspective as we walked around three floors and a basement notorious for the ghost of a monk."
The idea behind sending each other alone into one of the UK's most haunted locations was to instil a fear into the ghost hunters from the second the door closed behind them, and perhaps opening them up to more paranormal activity. And, it seemed it worked, during the investigation, the team say they captured some amazing evidence, including light anomalies and disembodied voices.
Chris and Adam, who balance their passion for paranormal investigation with full time jobs, have gained a strong following over their first 12 months of ghost hunting, and based on the great feedback they're getting that's sure to continue into the new year.
Chris says, "we are hoping 2022 sees us venture further afield around the UK and get to some of the better known locations and see if we can experience what other teams have in the past."
You can watch Haunted Scouse's Halloween investigation exclusively on the team's official YouTube channel and for more from Chris and Adam, be sure to follow them on  Twitter, Facebook, TikTok and Instagram.
Tags:
halloweenhalloween 2021paranormaltopicalwoolton hallyoutube