The 'Help! My House Is Haunted' Team Race To Help A Homeowner After Mysterious Claw Marks Appear On His Back

Paranormal experts must act fast to save a father of three's soul after mysterious claw marks appear on his back and dark voices echo through the house. Are the paranormal investigators from 'Help! My House Is Haunted' too late? 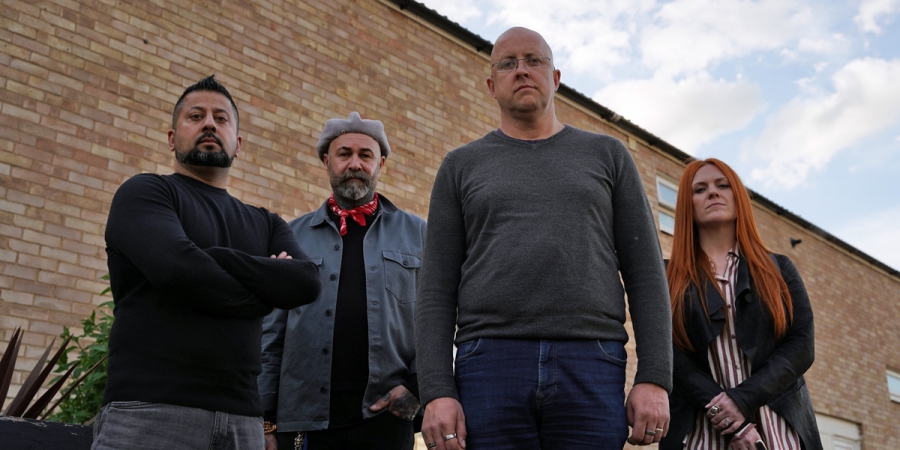 Photo: © Discovery+
Kevin, father of three, proves there isn't anything he wouldn't do for his children. His family home in Peterborough has been plagued by paranormal activity for years, with the children “scared to sleep in their rooms” after witnessing multiple unexplained events in the property.
Enough is enough, when the kitchen cabinet doors fly open and his children run screaming out of the kitchen terrified. Kevin desperately pleads to this dark spirit to only "hurt him", not his family. The chilling moment where Kevin nearly loses his soul to this mysterious demon is caught on camera in scenes for the paranormal hit show 'Help! My House Is Haunted', coming exclusively to Discovery+ today.
Returning to screens this week in hopes of helping Kevin and his family are dark arts specialist Ian Lawman, paranormal researcher and historian Jayne Harris, and investigator Barri Ghai. The team have been called to Peterborough to investigate reports of paranormal activity within this 1970s family house, lived in by Kevin, Lisa and their three children.
The family had been coping and trying to dismiss the mysterious happenings since they moved in four years ago, but in January the activity escalated to the point where Kevin is "emotionally at the end of [his] tether". Barri meets with mum Lisa to find out about the experiences within this family home. Lisa started by explaining that the activity began small, hearing "footsteps up the stairs, noises, bangs on walls" and even heard a male voice that wasn't "nice to hear" growling in her ear. Barri is shocked when Lisa recalls the moment when her husband Kevin was "pulled out of bed", and discovered the following day, three distinct claw-like marks on his calf that look identical to scratches found on his back after he was pushed out of the way. Lisa and Barri both agree that her family house is plagued by "multiple spirits", with Barri admitting they have a "battle on their hands."
Meanwhile, with no prior knowledge of the property or its occupiers, medium Ian will enter the house alone to conduct his initial investigation. Straight away, Ian is shaky about this case, as his "inner psychic nerve" has made him feel uncomfortable. Already, he senses they must be "on guard". As his car pulls up to the house, Ian has a "jittery feeling" as he immediately picks up on the negative energy flowing from the house.
As soon as Ian enters the property, he is drawn to the kitchen and is confident there is poltergeist activity, and fears "that there is something else". After returning to the stairs, Ian is shocked to find a toy has been moved there as "it wasn't here on this step" when he walked in, remarking a "spirit or poltergeist" has moved it to send a message; but at this time, he doesn't know if it's a friendly message, or a warning. 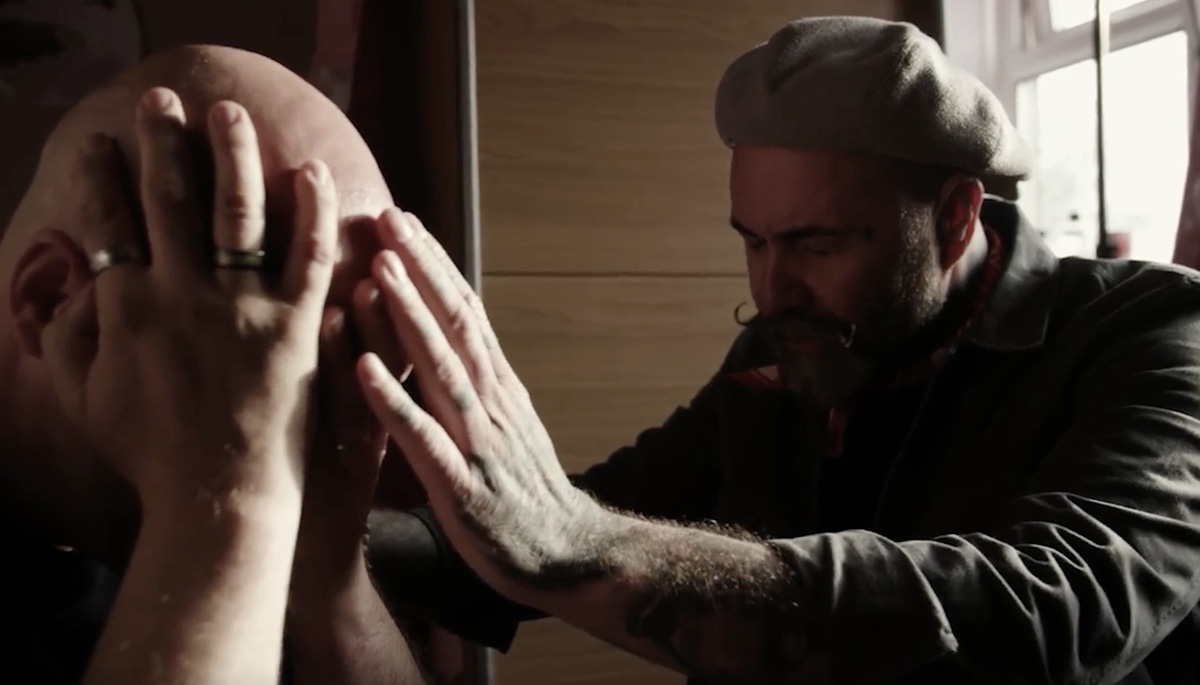 After entering a boy's bedroom, Ian becomes aware that "something is hiding in the loft". After announcing himself to the spirit, an eerie voice is heard coming from the loft, scaring Ian and the camera man.
As Ian continues his first sweep through the house, his breath is taken away when he enters the parent's bedroom. His heart races as he sees a "shadowy figure disperse into nowhere". There is a crucifix and Bible beside the bed, and Ian is relieved the team is there, as without their help, this "could go terribly wrong." His final stop round the house is the second children's bedroom decorated in pink. Ian notices another Bible, but this one appears worn away from being clutched in "fear" by the children. It is clear, as Ian remarked, that "Kevin and Lisa need their help". Ian is overcome with emotion, proving that while any haunting is awful, it really does get "emotional when children are involved."
The team decides to collect more information about the types of spirits roaming the house, and start with a spirit trigger session in the kitchen.  They run the Spirit Box and record any Electronic Voice Phenomenon (EVPs), which are sounds found on electronic recordings that are interpreted with spirit voices.
After ignoring Jayne's first question,  this mysterious dark spirit responds to her second question - "who is sitting opposite" with a voice clearly saying the homeowner's name. After noticing that the spirits are responsive to Kevin, Jayne asks him to hold the spirit box. Barri encourages Kevin to ask questions, the box immediately replies "demon". Wanting answers, Kevin asks the demon "who opened all the draws and cupboards in the kitchen?" The unnerving voice replied "I did". Kevin's demeanour seems to quickly change and he tells the team that he's "angry at everybody, and that's not me". Ian remarks the demons are challenging him, with Kevin needing to be assertive.
Jayne and Barri accompany Kevin to his children's bedroom where he was dragged out by his foot. The investigators fire up a ghost hunting application on a tablet, while running a special type of camera that can detect any anomalies invisible to the human eye. A scared Lisa watches remotely with Ian who explains Kevin is actually in the "early stages of possession". The SLS camera detects a figure over Kevin, but the worried homeowner doesn't need the device to tell him that, he senses that something "wants to get in".
Tearfully Kevin explains that in order to protect his family, when the demonic activity began he "offered himself" up, if it would spare his family; Lisa watches on anxiously and is distressed as her husband admits this terrifying comment. After this confession, Kevin remarks that he's feeling "strange" and something is "affecting him". In a terrifying display of demonic possession, Kevin's jaw starts moving in a bizarre way, gurning as if something is slithering inside. His rage intensifies as he wants to "fly at"' Barri. As he narrates his inner battle, you can see he gets more and more agitated. He describes this feeling, as if his "soul is getting pulled forward". His "heart is pounding" and as his anger intensifies, he charges towards Barri.
Jayne is able to talk him down and hold him back, but that does not stop tears flowing from Kevin's face as he sobs into his hands, pleasing with the demonic entity and asking "why are you doing this to me?"
Ian explains that the only way to remove Kevin's demonic attachment is to allow the entity to take him over. Even though this is for the greater good, Kevin's rage intensifies with Ian noticing he must leap into action, and exorcise this demon before it's too late. After exuberantly chanting for the demon to "stand back" and "leave Kevin," it finally does and Lisa rushes into the room to console her husband.
Ian and the team confirm that while Kevin is free from the demon, it is now roaming the house with the other devious spirits. Kevin, Lisa and their children leave the house and let the paranormal investigators continue their work throughout the night.
To watch the full episode and the dramatic conclusion of this haunting, head to Discovery+.