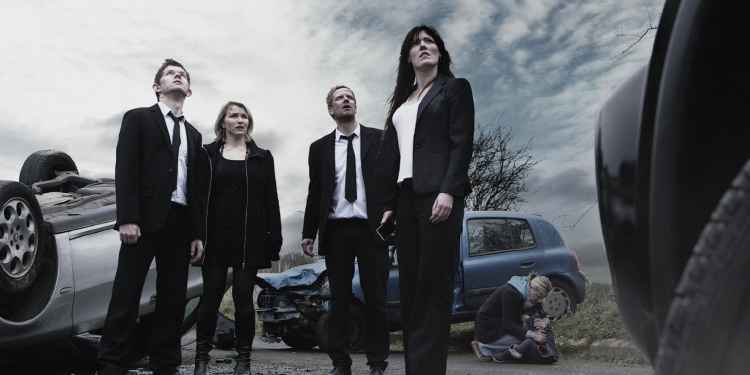 The long-awaited second series of the Bristol-based science fiction web series, 'Horizon' is being launched with a red carpet premiere for charity and you can be there.
All ten action-packed episodes of the new series will be screen back-to-back at the Everyman cinema on Whiteladies Road on September 17th. Thee red carpet premiere will be attended by the show's cast and crew and all proceeds raised on the night will go to St. Peter's Hospice.
The show's creator, Paul Dudbridge said "many of the cast and crew have been grateful for the hospice's work over the years so it's a privilege to be able to give something back."
The second and final season, which will be made available online from September 24th, is the conclusion to the award-winning ten-part series, which was released online in 2015 and shot entirely on location in the South West of England. As well as the vaults under Temple Meads, the cast and crew visited several well known locations across the city, including the John Wesley Chapel on the The Horsefair, the oldest Methodist Chapel in the world, built in 1739. As well as the historic Georgian House Museum off of Park Street, and the old cells under Bridewell Police Station in the heart of Broadmead.
The first series of 'Horizon' followed Steven, Chloe, Dan, Nicole and Katie, a group of five friends in their desperate attempt to flee the city and reach loved ones, but their efforts are impeded by a city in panic, looters, and the threat of military attack. Series two picks up the story a week after the extraterrestrials arrived over Bristol. In the new series the group struggle with what to do next, we find out if Steven managed to get his step-sister Katie to safety, and we meet the mysterious Isaac, a broken man for whom the arrival of the ship changed everything.

Watch The Trailer For Season Two

'Horizon' is produced by a community of film-makers, actors, and technicians from Bristol. No one profits from 'Horizon,' it's all done for the love of film-making and storytelling, headed up by Paul Dudbridge one of the show's writers.
Following his nomination for Best Director at the Royal Television Society West of England Awards 2016 for the show, Paul is back for the second series this time joined by his writing and producing partner, Simon Pearce, who directed four of the 10 episodes in the new season.
The team wrapped filming early in 2017 and the finished series was originally due to be released last October. Now, the delayed series will finally be available to watch for free online, but you could see it on the big screen before anyone at the show's swanky charity premiere.
You'll be able to watch the new series online from September 24th, 2018 or watch the full length cut of the first ten episodes right now at horizonwebseries.com.
The red carpet premiere takes place at 8:30PM on Monday, September 17, 2018. For more information and tickets, click here.
Tags:
bristolufosscience fictiontopical