Behind The Scenes Of Higgypop's Potion Videos 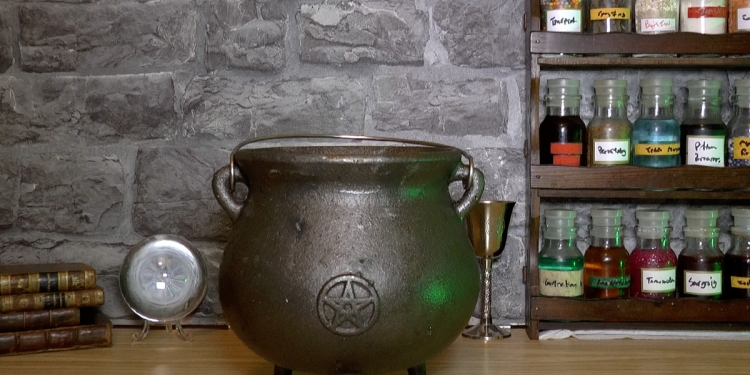 I thought I'd given you a perspective on my videos that you've probably never seen before and reveal the process of making one of my YouTube potion videos. 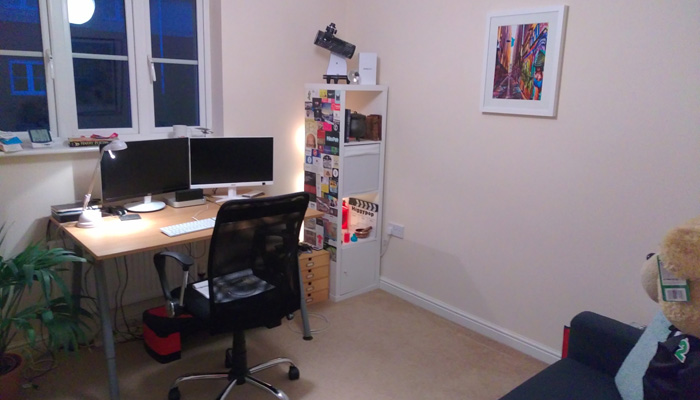 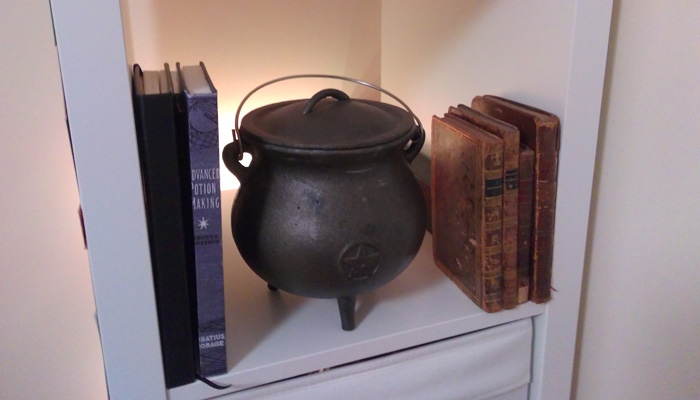 In these shelves are everything from glass jars and bottles, a bunsen burner, chalices, wands, potions books, loads of other occult items and of course my cast iron cauldron. 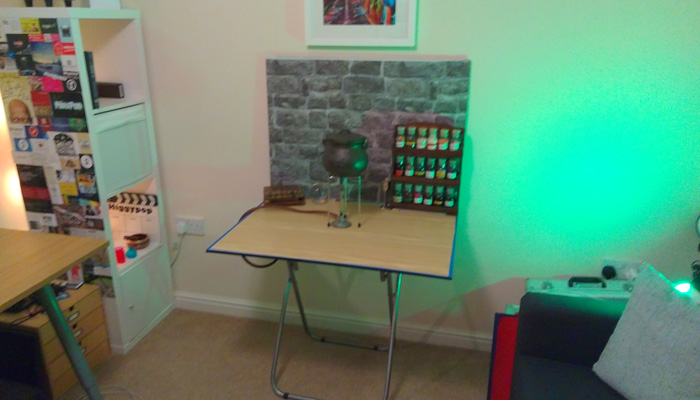 I shoot my videos on a little, table-top set, it all folds up so that it doesn't take up too much space when I'm not using it. The position of items like the ingredients rack and the book are marked on the wooden base so they are always in the same place. The books are glued together to save time and ensure consistency and even the bottles are glued into the rack so their order doesn't change and they don't fall out. 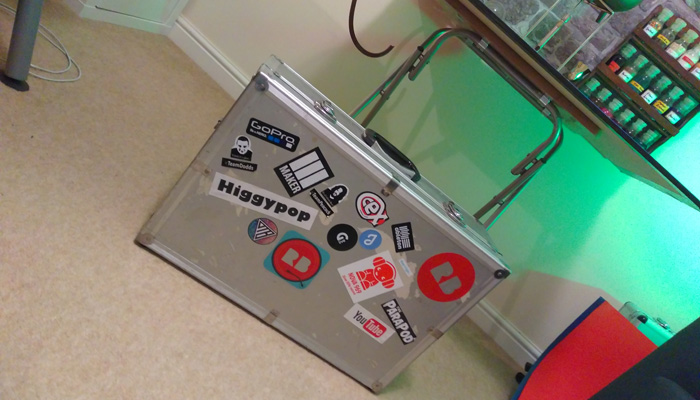 Inside this flight case is everything I need to make a video, other than a computer to edit it on. Keeping it all in a case keeps everything together, means I don't have to rummage through cupboards looking for stuff and it can all easily be stored away. Let's take a look inside... 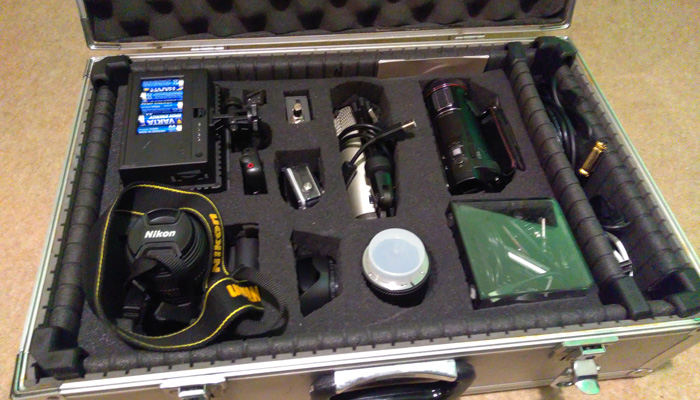 The flight case contains two cameras, a Nikon D320 SLR and a Panasonic HC-X920 video camera. The Panasonic is my camera of choice, shooting on it isn't quite as versatile as a DSLR but filming myself is much easier with the fast, silent auto focus. I also have a GoPro, a selection of microphones, some lenses and some kit for live streaming video. 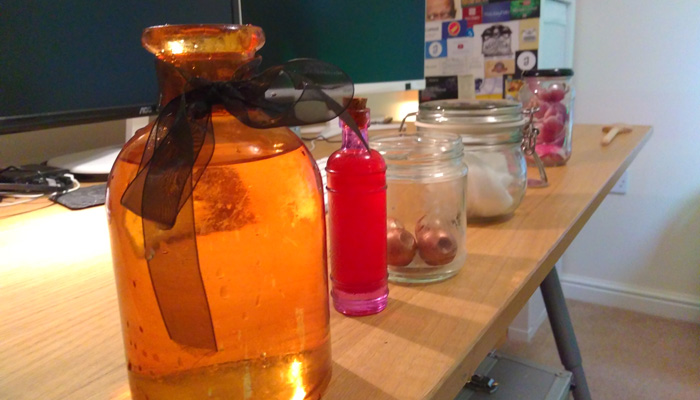 The next thing I do is prepare all of the ingredients I'll need in the video and line them up in the order I'll need to use them during the shoot. Sometimes the order I shoot things in isn't the order they appear in the final video. 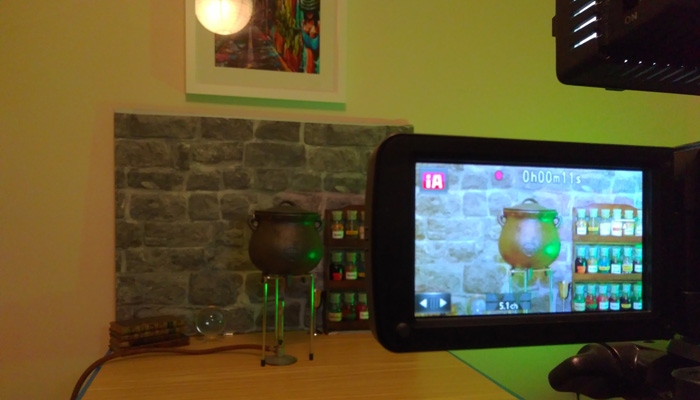 I then follow my pre-written instructions, the ones I eventually read out in the video and try to get all the shots I need in one take. Most videos require a shoot using the potion station and a second, effects shoot which often involves a green screen or some kind of special effects which you see at the end of the video. 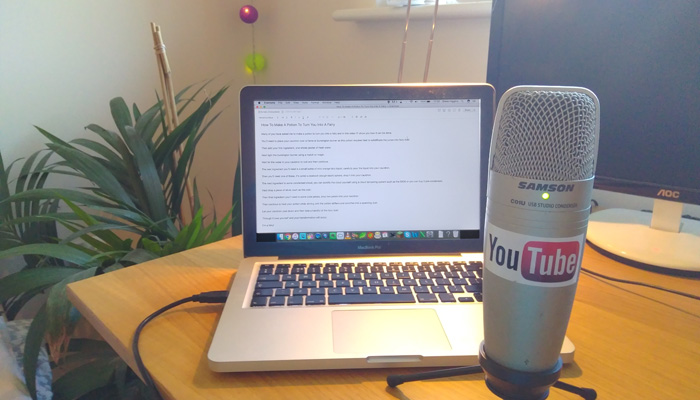 I used a Samson CO1U microphone to record the narration straight into my laptop. 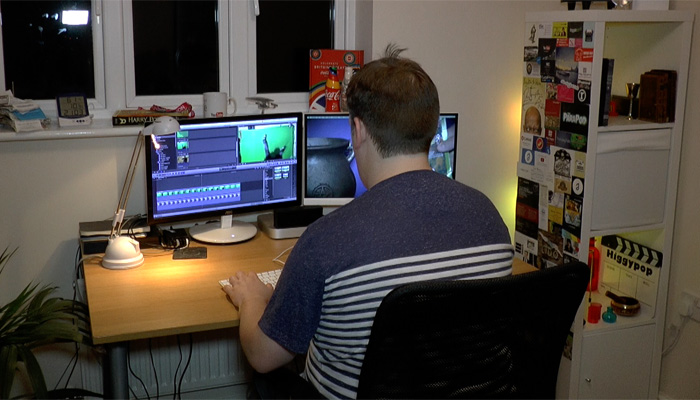 I edit all of my videos using Final Cut Pro on a Mac, it's probably not the best but it's quick and easy and let's me do everything I need to from quick cuts to chroma keying.