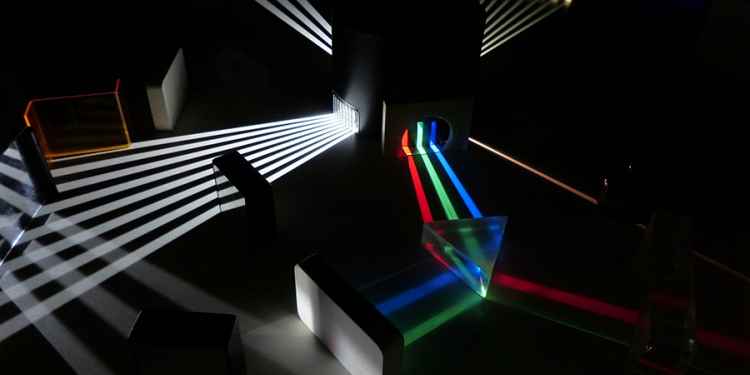 Photo: pixabay.com
For most paranormal investigators, electromagnetism is just something that is associated with EMF meters, a popular ghost hunting gadget which picks up electromagnetic field. However, the frequency range that these devices are sensitive to is actually tiny and they are only measuring a small fraction of the electromagnetic spectrum.
EMF meters are only sensitive to the electromagnetic fields generated by electrical devices, but the whole spectrum is made up of various types of radiation including visible light, x-rays, radio waves and even the heat generated by things like your oven.
The types of radiation that occur in different parts of the spectrum have different uses and dangers - depending on their wavelength and frequency. Radio waves have the lowest frequencies and longest wavelengths, while gamma waves have the highest frequencies and shortest wavelengths.

Over-exposure to certain types of electromagnetic radiation can be harmful. The higher the frequency of the radiation, the more damage it is likely to cause to the body. This can range from the internal heating of body tissues and skin burns, through to damage to cells causing cell death or mutations, which may lead to cancer.

An electromagnetic field meter, or EMF meter, is one of the most popular pieces of ghost hunting kit. They are simple to use, often consisting of nothing more than an on/off switch. They alert you when they detect an electromagnetic field from 50 to 20,000Hz. This means it picks up the part of the EM spectrum with a wavelength ranging from about 14km to 6,000km. The device gives instant feedback via a digital display or LED indicators, usually five.
An EMF meter can be used to communicate with spirits during a séance. When using an EMF meter you should call out to any spirits that might be present and encourage them to come forward and try to trigger the lights on the meter in order to show that they are present or to indicate an answer to a question.
There is no exact scientific understanding of how spirits can communicate using an EMF meter, but there are two major schools of thought within the paranormal community.
The first is that ghosts can disrupt the ambient EM field. For the EMF meter to trigger, a spirit would need to cause a spike or fluctuation in this ambient field in order to bring it up to a level that the device can detect. Quite how a spirit has the ability to manipulate an EM field is unknown.
The ambient EM field is a field which is created by wiring and electrical devices nearby. For this reason an ambient field would only exist in a home or building, or near power lines or broadcast equipment. If spirits rely on an ambient field to manipulate, then an EMF meter would be ineffective in remote outdoor locations or in isolated locations like underground.
For most homes, the average ambient field strength is about 0.1 milliGauss (mG), which would be too weak to trigger an EMF meter. The first green light on an EMF meter lights up at around 1.5mG, and a field of 20mG or more would light all five LEDs.
It is often mistakenly claimed that ambient EM field is generated by the Earth's magnetic field. However this is not the case as EMF meters detect electric and magnetic fields which oscillate at a frequency of at least 50Hz. The magnetic field of the Earth does not oscillate in any regular pattern, so it cannot be detected by an EMF meter.
The second school of thought is that ghosts create and emit their own EM field. This is based on the fact that the human brain uses tiny electronic impulses to think and control our bodies. It's believed that this synaptic energy can live on as a disembodied consciousness after death and it is this that EMF meters can detect.
This explanation makes more sense, as it means that EMF meters would work in locations where there is no ambient EM field and if electromagnetic radiation is something which naturally lives on outside the body, then it avoids the issue of how a ghost could manipulate an EM field.
However, there is a flaw in this belief too and it's one you can test easily yourself. If you hold an EMF meter near your's or anyone else's head, there is no change in the EM field strength. This is because EMF meters can't detect "brainwaves". In fact, even if our brains did kick out a strong enough current it still wouldn't be detected as EMF meters aren't designed to detect it. Brainwaves cycle at 12.5 to 30Hz, lower than the minimum 50Hz threshold of an EMF meter.
If both of these two beliefs are flawed, then why are EMF meters so widely used on ghost hunts? Well, the original reason for taking an electromagnetic detecting device along on a paranormal investigation has been lost.
EMF meters were originally used to try to rule out the possibility that artificial EM fields could actually be causing people to experience certain haunting phenomenon. This is because strong electromagnetic fields can induce strange experiences in people exposed to them. When field strength is high or aggressively fluctuating it can effect the temporal lobes of the brain.
The symptoms can range from seeing light anomalies, feeling a perception of a presence, or sensations of being touched. The effect can be replicated in a lab when a subject's head is placed between the poles of an alternating current magnet in a darkened room. As the field strength is increased, the person will begin to see a faint glow and strange lights. These odd sensory anomalies could be mistaken for ghostly goings on.
Michael Persinger, a Canadian neuroscientist has been recreating the phenomenon in his laboratory for years. He uses a specially designed helmet which uses a weak pulsed magnetic field to induce the feeling in volunteers. According to his findings, someone exposed to these kind of fields for just 15 minutes can start to feel like there's an invisible presence in the room.
This could explain some reports of hauntings in locations where there is an erratic or strong electromagnetic field, which is why investigators began using EMF meters to ensure that there are no constant or erratic fields in or around the property in order to validate the haunting. If you find the location has a high or changeable field strength then you should bear in mind that people in the building may be susceptible to these fields and should use methods other than human senses to validate the claims.
For example you may want to discredit light anomalies seen with the naked eye and instead rely on evidence captured on camera which shouldn't be effected by low level EM fields.

The visible light spectrum is the portion of the electromagnetic spectrum that we know the best. It is the range of electromagnetic radiation that a typical human eye can detect, wavelengths from about 380 to 740 nanometers. In terms of frequency, this corresponds to a band in the vicinity of 430–770 THz.
Light travels in straight lines at approximately 300,000,000 meters per second. It travels in waves that can pass through a vacuum (empty space). They do not need a substance to travel through, like sound waves do through air or a solid medium. Light can travel through transparent substances like air, glass and water. These substances transmit light with very little absorption.
Translucent or opaque materials, like lamp shades and sunglasses, transmit some light but are not completely clear. Some wavelengths or colours of light are absorbed and do not pass through to our eyes. The material acts as a filter, all colours are absorbed except for the colour of the filter. For example, a red filter transmits red light but absorbs all the other colours. If white light is shone on a red filter, only the red wavelengths will be observed by the human eye.
The visible light range of the electromagnetic spectrum is made up of a spectrum of colour. This is a continuous range of colours. In order of increasing frequency (and decreasing wavelength) they are: red, orange, yellow, green, blue, indigo and violet.
Visible light is made up of three primary colours: red, green and blue, each with a different frequency. Light in these colours can be added together to make the secondary colours magenta, cyan and yellow. All three primary colours added together make white light. 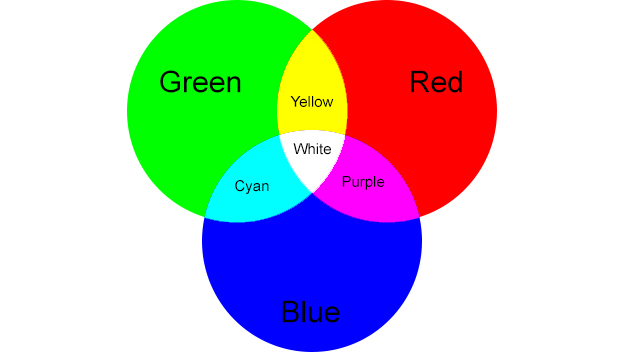 When light hits a surface, some of it is absorbed and some of it is reflected, the light that is reflected is the colour of the object. For example, grass absorbs the red, orange, yellow, blue, indigo and violet light. It reflects green light only and appears to be green to the eye.
In white light, black objects appear black because they absorb all colours of light and reflect none. Objects also appear black in any single colour of light if their colour is not the same as the light. For example, a blue object appears black in any other light than blue (or white which contains blue) because there is no blue light shining on it to reflect into your eyes.
When it comes to the paranormal, there are plenty of gadgets which are used to detect electromagnetic waves in order to prove the existence of ghosts. The most commonly used of these is a camera.
Cameras are devices that focus light from an object onto a photo-sensitive material using a lens. In a traditional film camera, the photo-sensitive material was camera film. When the film absorbed light, a chemical change produced an image in the film, called the negative. This was used to produce a photograph on photo-sensitive paper.
In a modern camera, like a digital compact, SLR or the camera in a mobile phone, the photo-sensitive material is the camera's charge-coupled device (CCD). When light hits the CCD it produces electrical impulses, which are used to produce an image file.
Camera CCDs are capable of capturing wavelengths of light from about 350nm to over 1,000nm. This is a wider range than visible light (380-740nm), it can capture both near infrared and ultraviolet light, which are invisible to the human eye. Camera manufacturers put a filter over the CCD to prevent this unwanted light from being captured. This filter can be removed to turn the device into a "full spectrum camera."