How To Make A Stone Tape Projector 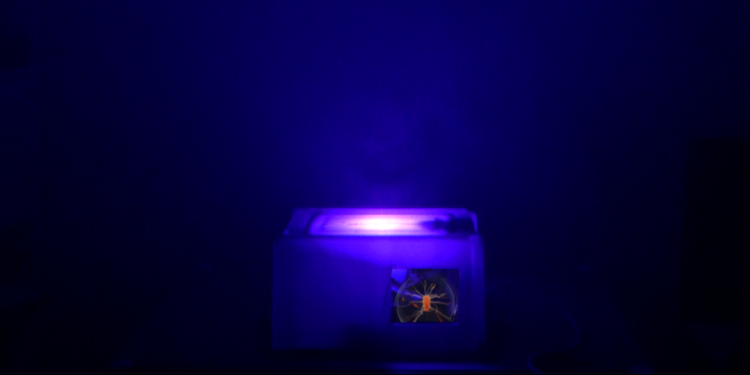 Recently I heard about an odd device called a stone tape projector, so I thought not only would I find out what one is and how it works, but I'd also have a go at building one myself.

What Is A Stone Tape Theory?

If you're familiar with the stone tape theory, then you'll know that is a paranormal principle which ghost hunters say can explain some hauntings. The basic idea of it is that events, feelings, psychic energy or emotions can be soaked up by the materials in a building or around the location. Most commonly it's natural materials such as stone, wood, and soil which is said to retain the memories of the past. However, it can also be brick, clothing, jewellery and other personal possessions which is said to have stone tape properties.
Once this psychic energy has been "recorded" by the element, it can then be replayed like a video tape. Usually this occurs when someone, like a medium or psychic, is "in tune" with the frequency of the psi-energy, or when conditions are the same as when the original events occurred, or on an anniversary of the event.
When the event is "re-played" it's in the form of a residual haunting, that basically means an image from the past. It differs to an intelligent haunting in that the spirit can't communicate or interact with its surroundings or the people observing it. It's nothing but a reflection of the past.

What Is A Stone Tape Projector? 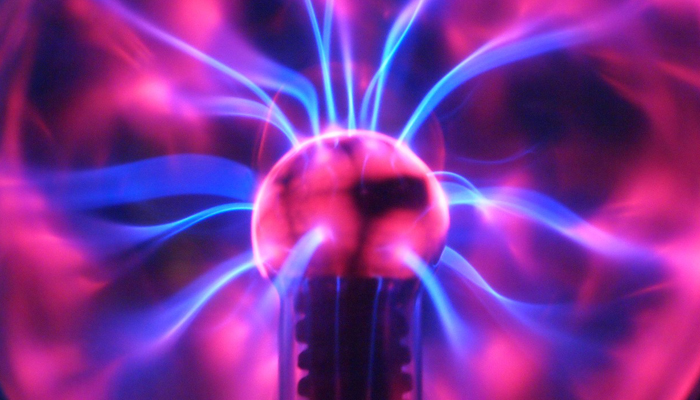 Photo: pixabay.com
A stone tape projector is built upon the stone tape theory and tries to act as a sort of booster or amplifier. It works by using making a Van de Graaff generator, plasma ball, or electro-magnetic coil to pump out energy to energise the stone or object from which the researcher is trying to retrieve psychic energy from.
A cable is used to connect the project to the object or the building itself, this returns any psychic energy from the object into the projector where a coil or similar device is used to disperse or manifest the energy.
Below this psi-energy exit point is a blue light shining up in a thin beam. Rather than projecting directly on to a screen, the light passes through the swirling smoke of a stage smoke machine. It's within these swirls of blue-lit smoke that the faces and forms of ghosts can be seen. 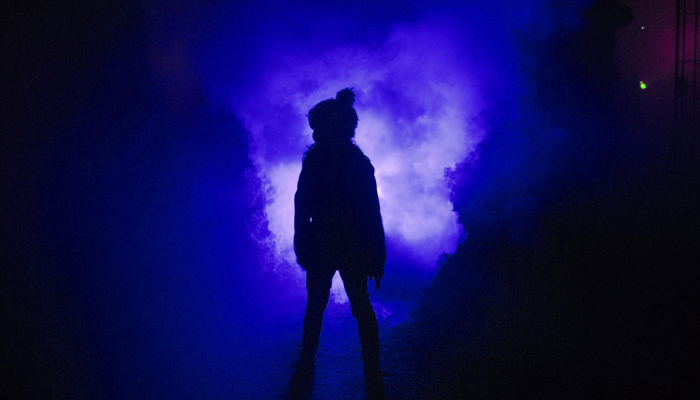 Photo: pixabay.com
This type of visual psychotronic generator was first used by Richard Felix and Derek Acorah on their 'Psychic & Science' tour. Richard is a firm believer in stone tape theory and estimates that around 60% of hauntings and apparitions are the result of stone tape recordings.
The former 'Most Haunted' star speculates that stone is so good at storing images from the past due to its silica and iron oxide content. Silica is a source of silicon which is used in the production of microchips and integrated circuits, he believes that this makes stone capable of recording data. While iron oxide allows stone to mimic the properties of ferric oxide audio and video tapes.
Smoke machines usually generate fog by vaporising a glycol-based or glycerin-based fluid, the principle is basically the same as an eCigarette. However, while demonstrating the projector to the audience during the show, Richard informed the spectators that his smoke generated by the projector contained a high silica content. This can be achieved by using a slightly different type of fog machine which works through the atomisation of mineral oil, presumably a fused silica mineral oil could be used.
Unfortunately, a silica-based smoke machine isn't something I have access to, so for my recreation I was forced to used plain old glycerin-based smoke fluid.
The audience were told to take as many photographs of the projector's output as they could in the hopes that someone would capture an imagine in the smoke, so as well as using a video camera to capture the output form my device, I'm also going to use a still camera to capture images.

Welllll.... I would say inconclusive, in fact, disappointing. The swirly smoke wasn't as swirly as I'd hoped and after watching the smoke move through the light for quite a while, I didn't see anything too exciting.
Can you see anything in the smoke?
Tags:
paranormalghosts