A Survival Guide: How To Prepare For Nuclear Fallout 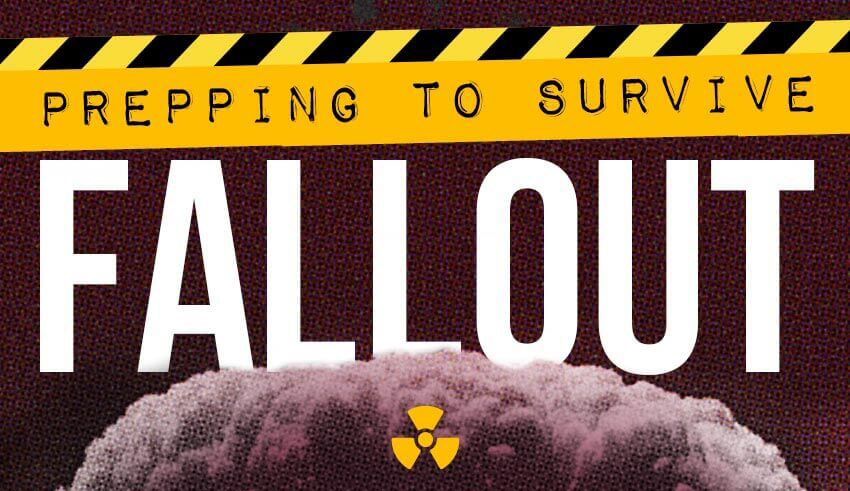 If (and it's a big if) you were to experience a nuclear blast, would you know what to do in the heat of the moment? It may seem extreme, but there are some people who are fully prepared for survival in the event of a full-on nuclear fallout and will spend large portions of their income and time setting up shelters equipped with tinned food, tools and generators.
It's not like it's a completely impossible situation either – when the nuclear blast in Chernobyl devastated the town of Pripyat over thirty years ago, the effects were felt for many years after. Still to this day, the town remains abandoned due to the lethal doses of radiation still present.
Accidents aren't the only nuclear catastrophe we could potentially encounter, either. With the current political climate and tensions high, are the chances of nuclear war a possibility once again?
During the 50s and 60s and the harsh reality of the Cold War ever present, the idea of nuclear conflict was a prospect that couldn't be ignored and as a result, the “prepping” culture was born. But is it something that more of us should take into consideration today? And if so, what can you do for the best possible chance of survival?

How Do You Protect Yourself From Nuclear Fallout?

There are a number of thing you can do to ensure you remain as safe as possible in a time of crisis. Should a situation arise and nuclear fallout is either imminent or has just happened, the first thing you should do is get inside, stay inside and stay tuned.
Provided you're outside the one mile blast zone, you have a very good chance of surviving the initial explosion. Limiting your exposure to radioactive particles should however, still be your absolute priority. You can do this by moving indoors; the larger the building the better. Do this quickly and calmly and move to the deepest part of the building. Stay away from windows, doors and any external walls. A basement or cellar will offer the best protection from nuclear disaster, though anywhere inside is better than outside.
Avoid staying in your vehicle as they offer little protection against a blast or from fallout.

When Is It Safe To Go Outside After A Nuclear Blast?

After the initial blast will come the fallout period, where radioactive particles will be blown across the landscape for the next 24–72 hours. During this time, it's vital that you remain indoors. If however you feel the shelter you've found isn't suitable, you have around 15 minutes after the initial blast to find something better before fallout begins. Once you're happy with the space you're in, there are a few things you should do:

What Should Be Included In A Nuclear Fallout Survival Kit?

Finding shelter should always be your number one priority. But before this, there are preparations you can make to help you in a nuclear fallout situation. Preparing a bug-out bag will serve you well in a situation such as this, and there are a few essentials you should include:
Whistle - a great way to attract attention to yourself in times of need.
Bottled water - three litres should last you three days as a bare minimum.
Spare clothes - don't worry about fashion, a dry change of clothes can help you avoid sickness.
Torch/flashlight - essential when the electricity is out, always keep spare batteries too.
Radio - you'll need to keep up to date and monitor events following a nuclear disaster.
First aid kit - for you and others, even a basic first aid kit can prolong life in the worst case.
Lighter - the ability to create a fire to cook and keep warm will be critical if a nuclear winter kicks in.
Food - lighter, dried foods and anything you can carry, but use the fresh supplies first.
Documents - whilst it may sound unnecessary, any post-apocalyptic authority will require citizens to be processed. Anything that can speed up that process will give you more time to look for food and supplies.
Rucksack - yep, you'll need one of these to put all the items in too.
How long will those supplies last after nuclear fallout?
If you've found a decent shelter, there's a chance you'll have found some food too. Always eat the fresh stuff first, simply because it won't last and it's important to minimise waste. If you're lucky enough to have a generator, some fresh foods could last a little longer with the aid of a refrigerator. If that's not an option, then you'll need to rely on canned/tinned and dried food until it's safe to venture out.
Websites such as EatByDate will give you a better idea of how long to expect things to last; this will allow you to make a more informed decision when packing your survival kit. Some foods such as honey and wheat can last a lifetime if stored correctly; other prepared foods such as freeze dried fruits can last upwards of 25 years.

What Is Safe To Eat After Nuclear Disaster?

If you've stocked up sufficiently, your supplies could last way beyond the initial 72 hours. But if some time has passed, you're worried about supplies running out, and there's no sign of a return to normal proceedings anytime soon, there are a few thing you can do.
Knowing where to find food and what to eat can literally save your life. Plants can be a sustainable source of nutrition, but it's imperative you know what it is you're eating. Websites such as Eat Weeds will help you to identify which wild flowers and plants are edible and which are not.
Protein and good fats are also needed to maintain your health as well as being a great source of energy. The best way to get those much needed nutrients when in a survivalist situation would be to eat wild animals. This article from Outdoor Life gives you an idea of the nutritional value of different types of animals, as well as which are safe to eat.
Catching, killing and butchering wild animals requires a certain level of skill and while this skill can be developed, in the short term it may not serve you well. With that in mind, bugs can be of huge nutritional benefit and are often plentiful. There are risks associated with them though; some are deadly, so it's incredibly important you're aware of what it is you're eating. This article from Backpacker should help you identify the safe ones.
Over time, the effects of radiation will diminish. That said, if you encounter any animals that look sick, avoid eating those as they're likely to make you sick too. Hunt as far away from the blast zone as possible. This will mean the animals and plants are safer to consume, reducing the chance of problems.
Tags:
undergroundurbex