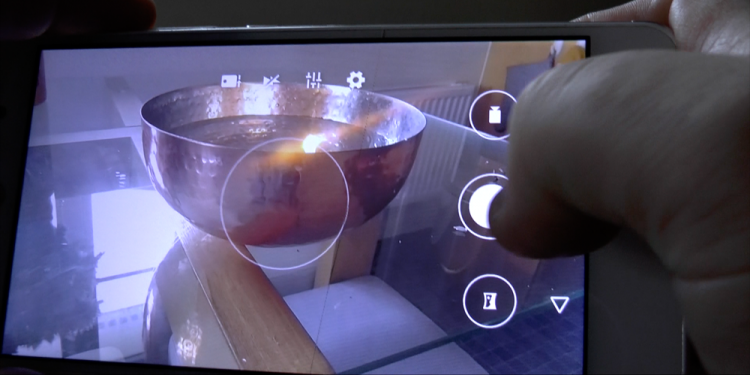 I've recently been getting a lot of visitors to my website from India due to a piece of content I wrote, while reading this article they've then started to explore my website and stumbled across my potion videos and paranormal content and I'm amazed by their response to it.
Here in the UK, and in most parts of the world, my potion videos are nothing more than entertainment. Parents allow you children to watch them without concern, they're just a bit of fun.
However, I've had several comments from angry comments from visitors from India who are unhappy about my use of witchcraft in videos. When I started making potion videos, I never considered for a second that anyone (over the age of eight) would think they're real.
These comments come from people in their late teens and 20s and seem to imply that there is a strong belief in not only witchcraft in India but also the paranormal and magic.
One person who contacted me sent me a video which is supposedly shot in an Indian temple and shows a lamp burning with nothing but water as the fuel. This video was supposed to prove to me that magic is real, but as soon as I saw it, I thought "I can do that." So, I did...
When I sent the video of my clone of the trick to the person who sent me the video, their response was "that would be a pretty good video but you added in this some chemicals into the water."
That's a valid hypothesis, although not how I achieved the trick. But, why do they assume I've added chemicals, which is logical, but don't make the same assumption with the original video? Just because it's shot in a temple and comes with a back story, they want to believe and don't question it.
When I told them that I didn't use chemicals, they said "send me a photo taken from above." Clever, they suspect that a different angle will reveal how the trick is done, again this is logical and they should be using the same reasoning with the original video.
My response to this was "if you will send me a photo or video from above of the one you showed me, then I'll send the same shot of my burning water."
Only seemed fair, I'm not going to reveal more than in the Indian trick but if a shot from overhead exists then I'll try to mimic that too, once I'd worked out how it's done.
Add A Comment
Tags:
paranormalunexplainedmagic