Is there a word for intentionally mispronouncing words? I pride myself in my ability to drop in wrong words for comic effect, I feel it gives my speech patterns a unique character but is this a worldwide phenomenon? 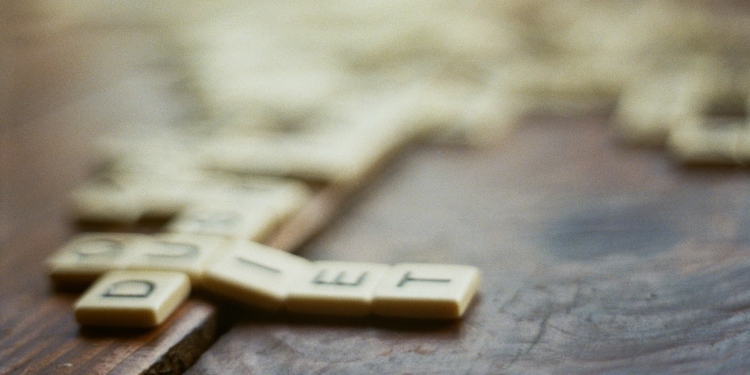 In this post I want to talk about something I'm calling "mispronuncication," not "mispronunciation" but "mis-pruh-nuhn-see-kay-shuhn." Or rather the intentional misuse of words.
I don't mean when stupid people use the word "pacifically" instead of specifically or when they call a coffee an "expresso", I mean using the wrong word or even a different word for comic effect.
I was chatting with my good friends Stephen and Beth about this the other night after Beth accidentally mispronuncicated something and we were surprised to learn that there's not really a word which defines this behaviour, even though it seems to be fairly common amongst our's and younger generations.
Some of my favourites are to pronounce "croissant" as "croy-zant," the Australian city as "Briz-bane" and I like to use the phrase "equal Stevens." If you watch my YouTube videos then you'll know I also like to use the wrongism "ingrediments."
I also enjoy getting tenses wrong, as in "what time are you arrival?" and "I'm allergy to girls."
Some other popular mispronunciations are calling the internet "interwebs," champagne (as sham-pag-nee) and saxamaphone. Of course these are all intentional, people get these words wrong on purpose for LOLs but there are some very common wrongisms which are really popular too like "escape goat" and "elf-of-steam."
Sometimes these comic mispronunciations start life as genuine mistakes by idiots and scum but then get adopted by smarter people for everyday, intentional use like "f**k nose" and my personal favourite, "lack toes and tolerant."

What's It Called When You Intentionally Misuse Words?

But despite this popular form of speeching, there's not really an actual word which sums up this behaviour, which is why along with my good friends Stephen and Beth (they've asked for no less than three mentions in this blog post) we coined the term "mispronuncication."
One Reddit user says their father calls these intentional errors MIBs, which stands for "Mispronunciations Intended to Bother."
While there isn't an exact dictionary definition there are a few words which come part way to describing this advanced level of conversing.

A malaproprism is defined as "the mistaken use of a word in place of a similar-sounding one, often with an amusing effect," the example given is to "dance a flamingo" instead of "flamenco."
A malaprop can be intentional but the term also covers unintentional misuse of words, so not quite the definition we're looking for.
In terms of British comedy, the king of malapropism is Del Boy. In the classic 'Only Fools And Horses' he often used malaprops, usually in French.
A couple of Del's classics include exclaiming "au contraire!" to mean"hang on a minute," where as the actual meaning of that French phrase which is often used in conversations in English is "on the contrary."
In another episode a pleased Del says "bonnet de douche" to mean excellent, the translation of this sentence is actually "shower cap."
In fact the meaning of word "malapropism" has its roots in British comedy. The word comes from the character Mrs. Malaprop who featured in a 1775 play, 'The Rivals.' Her character frequently used similar sounding words which didn't have the same meaning that she intended for comic effect.
The problem with "malapropism" in the context of this post is that the term allows for unintentional/mistaken uses of words and the definition only fits situations where the incorrect word is used for comic effect, not what the correct word is pronounced incorrectly, such as "interwebs."

Another type of word wrongism which fits in some situations is the "catachresis." The definition of this word isn't as close a match as "malapropism" but it does cover some mispronuncication.
Catachresis comes from the Greek word for "abuse," implying that the term means an abuse of the language. It's a semantic misuse or error and like malaprops can be intentional or accidental.
The main distinction between malaprops and catachresis is that the later are usually less comical. An example might be the confusion between the meaning of the words "hypothesis" and "theory" or using "alibi" where "excuse" should be used.
Where catachresis can become humorous is when you introduce wrong verbs, for example "mow the beard" and "shave the grass." This is a technique I use all the time in normal conversation, I often say sentences like "I have to go home build dinner" or "would you like mr to build you a drink?"
But the humour in catachresis is isolated to just verbs, catachresis are generally defined as non-humorous mistaken misuses of words and again specifically the use of a wrong word, not the incorrect pronunciation of a word in its correct context.

Then there's spoonerism which are usually very funny but the problem with this term is that spoonerisms aren't intentional.
A spoonerism is a common speech error where the speaker accidentally transposes the initial sounds or letters of two or more words. My brother accidentally came out with a brilliant one of these over Christmas while admiring the stadium right next to a television studio in Melbourne...
"It's nice how they've laid it out here with the stadio and studium."
He instantly realised his mistake, of course he meant "it's nice how they've laid it out here with the studio and stadium" but when he tried to correct it, all he managed was "I mean the studium and stadio."
Another of my friends also said to me "let's get some Steve, soup," she clearly meant "let's get some soup, Steve" ...but is that a spoonerism or something else?
I'll have to ask my good friends Stephen and Beth (that's three) to clear that up, they'll know.

And lastly, there's one more type of wrongism to investigate, the mumpsimus.
This type of misuse of language does allow for the mispronunciation of words and the use of words in the wrong context so, this definition does tick both of those boxes but the problem with mumpsimus is that they're not intentional, it is done out of obstinance and the term doesn't just refer to language.
A mumpsimus is when someone refuses to change their ways even when they've been shown that what they're doing is incorrect. In terms of language this means a person may continue to mispronounce or misunderstand words of phrases even after being corrected.
An example might be when someone uses the phrase "all intensive purposes" instead of the correct phrase "all intents and purposes." It's defined as "someone who obstinately clings to an error, bad habit or prejudice, even after the foible has been exposed and the person humiliated."
A famous example of this type of error, is George W. Bush's persistent habit of pronouncing "nuclear" as "nucular."

There's isn't a conclusion, there isn't really a word to sum up the intentional misuse of language for comic effect.
However, while writing this blog post I have concluded that typos and bad grammar matter much less in this post than any other as you'll probably just assume I've done it on purple.