Is stone tape theory just paranormal pseudoscience or is there any real scientific understanding that lends credibility to this concept that's said to explain hauntings? 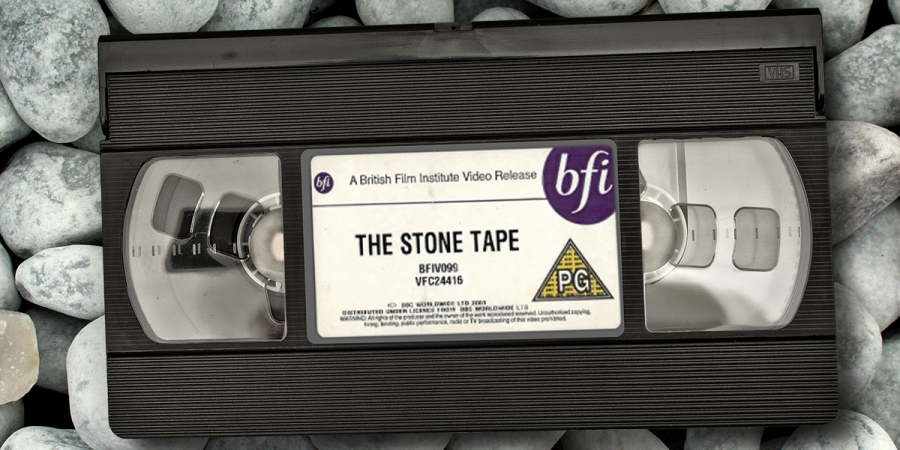 Stone tape theory is something that gets mentioned a lot in the paranormal field. It's said to explain residual hauntings, these types of hauntings are said to be replays of the past.
Paranormal investigators call this replay of a past events "stone tape theory" and speculate that a human's "energy" or emotions are captured or recorded in the stone of a building. It is then said to "replay" to those who are sensitive to it, when the atmospheric conditions are the same, or on the anniversary of the event.
As residual hauntings represent nothing more than a reflection of the past, you can't communicate with them. The visions seen are not aware of their surroundings. They cannot interact with you and are not aware of your presence.
The basis of the theory is that emotional or traumatic events, like resisting death, can be captured and stored like an analogue video recording in the surrounding bricks and stone of the building. This is said to be due to magnetic components in rocks, making them similar in nature to videotape, which is also magnetic.
With talk of ferric metals and energy, it all sounds quite scientific, but is there any real-life proven science to back up this theory?
The reason the concept of stone tape is often mistaken for science is because it has the word "theory" in its name, but even this is being used incorrectly. In the scientific world a theory is something which has been proven and tested, like the theory of relativity.
Stone tape is a concept, an idea or a belief, it's not proven. Therefore, if you've got your science hat on, it would be more accurate to call it "stone tape hypothesis".
The other issue with the name is the idea of stone tape itself. A normal magnetic tape, like an audio cassette or videotape isn't a solid mass of magnetic material. It's a reel with a linear flow from the start of the tape to the end. The data, whether that's audio or video, is recorded and played back at a set rate determined by how fast the tape moves over the recording head.
This flow of the tape over the head gives the recording the dimension of time. If someone speaks into a tape recorder for one minute, then one minute's worth of tape will pass over the recording head. When the recording is played back it will last one minute.
Clearly, a stone does not have this property. So even if the human body did spew out large amounts of energy that could be captured by a stone, there would be no measure of time.
In the classic example of the apparition of a monk seen walking through a room and passing through a wall at the point where there used to be a door, when this event originally took place it might have taken 30 seconds, but all the energy from the event would be dumped into the stone without any linear direction or time.
Therefore, if the energy was released and played back, in the supernatural replay every moment in that sequence of events would happen simultaneously and instantly. It would look like a streak of monk that appears in a flash for a split second. 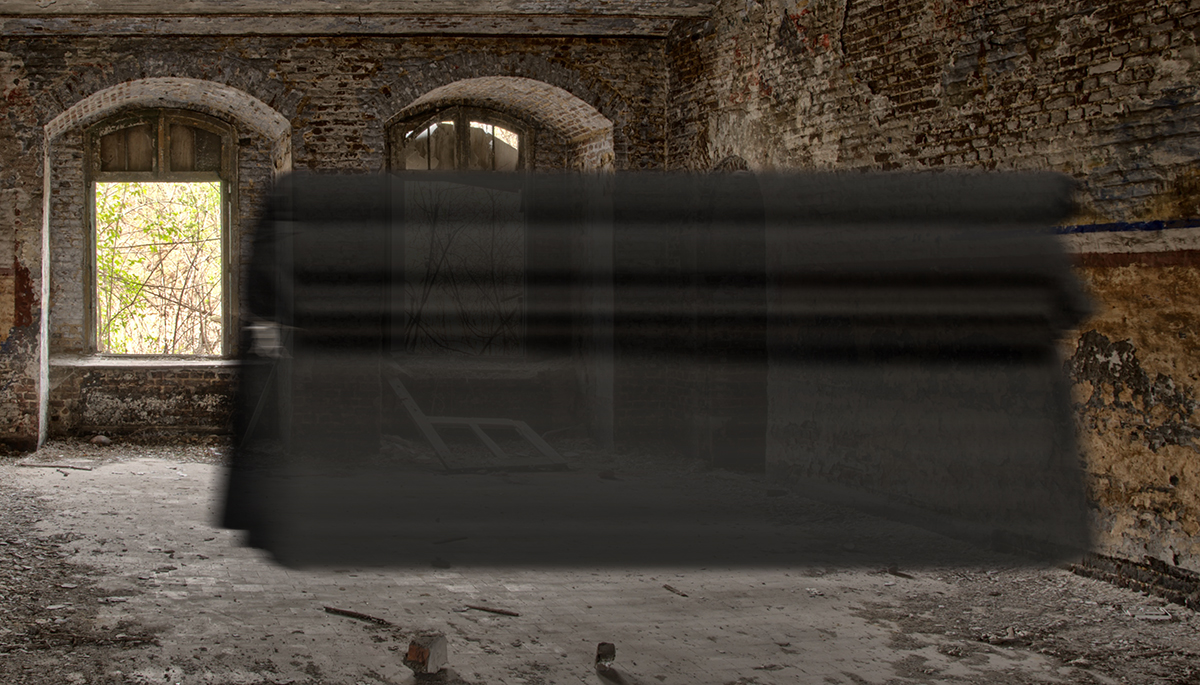 The other issue with stone tape theory is the energy source. Not the kind of energy that paranormal investigators talk about, but real energy. In order for the human eye to see something there needs to be a source of energy.
The most basic example of this is where the Sun is the source of energy. It shines light down on to Earth, the light hits a tree. Some of the light is absorbed by the tree and some bounces off, if this light enters our eye we see an image of a tree. If you're ghost hunting, then the source of energy allowing you to see your surroundings might be a flashlight, which has stored energy in the form of a battery with chemical potential.
A stone can absorb energy too. If the Sun shines on a rock all day, the rock gets warm and even when the sun has gone the rock will slowly radiate that heat over time. If the rock has enough energy it may even emit light - think of molten rock or lava.
This illustrates a valid point. The molten rock just emits a glow or constant light, it doesn't project a replay of the Sun moving through the sky over the course of a day.
In a cold, dark basement or castle, the stone the building is made up of will be holding very little energy in the form of heat. Without a source of energy it cannot replay or project anything stored within it.
So clearly there's not any hard science that backs up stone tape theory, and our current understanding of how the universe works does disprove stone tape theory, but could there be an explanation beyond science?
Well, this is always a possibility. You can't disprove something that's not measurable, but equally you shouldn't jump to the conclusion it exists unless you can offer proof that it does.
There could be some form of mysterious psychic energy that is yet to be discovered by mainstream science. It might be possible that this energy could interact with solid objects like stone, although this should mean it is detectable and measurable in other ways.
If this psychic energy can be stored in a stone, then it might be possible for that stone to release it, not as a visible apparition, but as a psychic projection. This might explain why some people see ghosts when others don't, because they're more in tune with that specific environment or psychic energy in general.
The problem remains even if psychic energy exists, there would be no way to record an event in any linear fashion allowing for the passing of time, and playback would be a burst of psychic energy, but perhaps the subconscious brain can handle the surge of psychic input and make sense of it.
The bigger problem is that after the energy is released, it would be gone. Perhaps if there's enough energy captured in the stone it could manage to replay itself a few times, but eventually that energy would run out and the stone would no longer be able to replay its memories.
This is where stone tape and real magnetic tape differ. Despite paranormal claims that stone and video tapes are similar, tapes don't store energy, they are merely altered by the recording head in a way that can be decoded and played back later. This is why a tape can be played back time and time again.
The theory further falls apart when you realise that ghost hunters don't limit stone tape theory to just stone, many also believe that other natural materials such as wood, the ground and even water can hold memories. It's part of a wider theory called "place memory."
Wood and soil holding memories is understandable as a hypothesis because they are static at a location, but water doesn't make any sense. While flowing water is often said to stir up paranormal activity, it's hard to understand how this could work in terms of stone tape theory when the water molecules in the liquid would be flowing away or evaporating only to be replaced by other molecules.
Like a lot of paranormal concepts, stone tape isn't a provable theory, it's a belief that has been devised in order to explain the behaviour of some specific types of hauntings.
Tags:
sciencestone tape theoryparanormalghosts