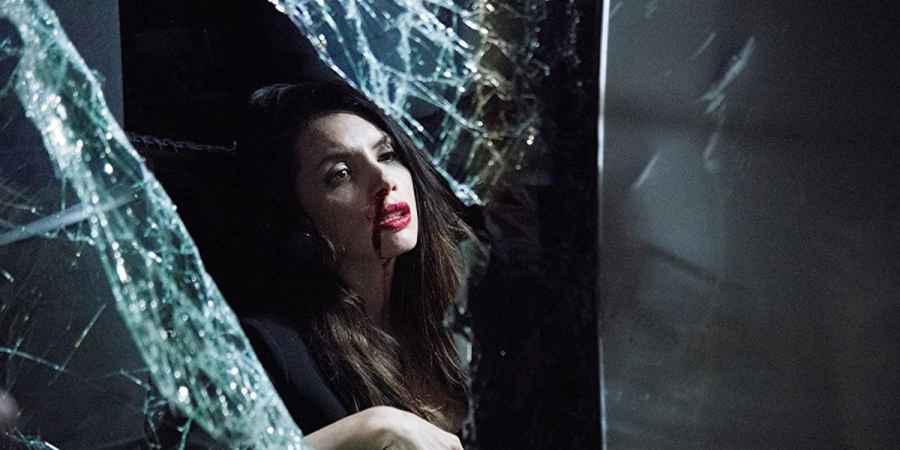 'Dark Glasses' is the first new film in a decade from acclaimed writer-director Dario Argento ('SUSPIRIA'), this gripping thriller from Italy, starring Ilenia Pastorelli, Andrea Zhang and Asia Argento, will stream exclusively on Shudder this autumn.
Shudder, the home of horror, thrillers and the supernatural, will added 'Dark Glasses' to its ever-growing library of films, televisions series, and originals. It will be available to stream on demand for subscribers in the United Kingdom, Ireland, Australia and New Zealand ahead of the film's world premiere at Berlin Film Festival.
You can watch the trailer for 'Dark Glasses' below, which also stars Maria Rosaria Russo, Guglielmo Favilla and Paola Sambo.
In 'Dark Glasses', an eclipse blackens the skies on a hot summer day in Rome - a harbinger of the darkness that will envelop Diana (Pastorelli) when a serial killer chooses her as prey. Fleeing her predator, the young escort crashes her car and loses her sight. She emerges from the initial shock determined to fight for her life, but she is no longer alone. Defending her and acting as her eyes is a little boy, Chin (Zhang), who survived the car accident. But the killer won't give up his victim. Who will be saved?
Shudder's general manager, Craig Engler, said "Argento is an undisputed master of the genre, responsible for some of the greatest horror films ever made. There are few words I've been more excited to say than these: 'Shudder will be the home of Dario Argento's new film.' We are beyond thrilled to bring 'Dark Glasses' to our members around the world."
'Dark Glasses' is produced by Urania Productions along with Conchita Airoldi and Laurentina Guidotti, and Getaway Films along with Brahim Chioua, Vincent Maraval and Noëmie Devide.
Tags:
shudderhorrormoviestopical