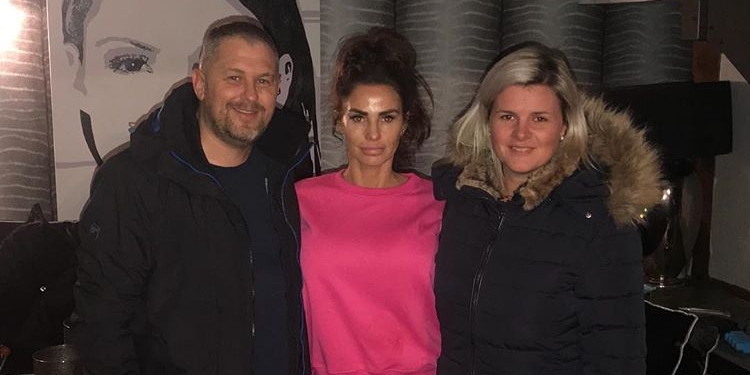 Photo: instagram.com
Former glamour model Katie Price has called a paranormal expert Lee Roberts to her mansion in West Sussex to teach her some ghost hunting skills to deal with her resident spook.
Katie has claimed that her home has been haunted since moving there in 2014, after she bought the nine-bedroom property which previously belonged to Cabinet Office Minister Francis Maude.
Katie says she has lived in several haunted houses and claims that ghosts are attracted to her aura. Speaking on daytime TV show 'Loose Women' about one of her previous homes, she said "I ended up finding out it had been built on a nursing home which had been knocked down. The orangery where the swimming pool was I found out was where they put the bodies and stuff. So many things happened there, with water and other stuff."
The star called mediums in to help her in the past, and it seems the spooks have followed her to her new three-storey home, which boasts its own stables, a tennis court and 12 acres of land. This time rather than calling in a medium, she's called in a professional to teach her about ghost hunting.
Nottingham-based, Lee Roberts talked about his night with the celeb online. Just before 9am her post on his Facebook page, "not been to bed yet, Ghost Hunting with Katie Price." He later boasted about his cuppa at the star's house, "sshhh don’t tell Katie Price I had a cuppa in her Loose Women mug when ghost hunting with her."
So, what exactly did Lee and Katie get up to in her country mansion? Well, not a ghost hunt as such, but more of a paranormal training session. Lee spent the night teaching Katie the techniques used by ghost hunters as well as showing her house to use some common ghost detecting gadgets.
Katie is clearly very interested in the world of the paranormal, a few months back she shared a video on Twitter along with the caption, "I really can and do connect with spirits."

I really can and do connect with spirits pic.twitter.com/UCyd0MY99x

But Rachel, one of Katie's fans wasn't sure she should be meddling in the paranormal, she replied to her tweet saying "they are evil spirits masquerading as good entities. When you're dead you're dead, evil spirits pretend to be our loved ones who have died!"
Another follower, Lynn joined in with the conversation saying, "if when you're dead you're dead then there cannot be evil spirts anymore than there are good one."
Rachel clarifies her point, "they are all evil angels booted from heaven with Satan masquerading as spirits of loved ones." Then to finish the debate, "Dastardly Dave" jumps in, "Or... It's just a burning candle."
Tags:
paranormal