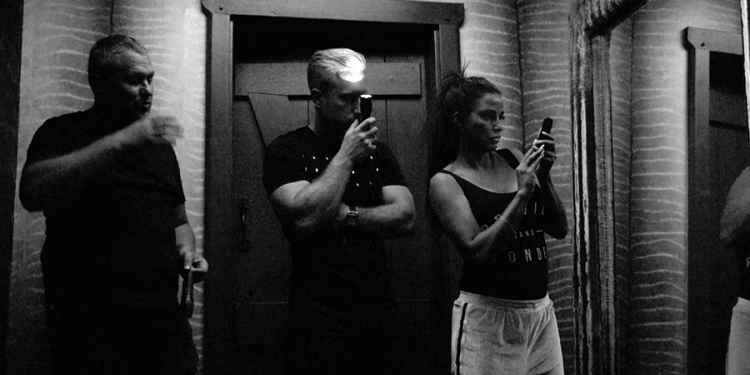 Photo: questod.co.uk
It seems that Katie Price has upset viewers after taking part in a séance as part of her television show, 'Katie Price: My Crazy Life'. The former model and self-made business woman was seen in the latest episode communicating with the spirits in her West Sussex mansion.
Katie was joined by paranormal expert Lee Roberts as they attempted to make contact with the ghosts of her home, in Monday night's episode of her television show on the Quest Red channel. Lee has been on hand to teach Katie some ghost hunting skills to deal with her resident spook.
But some viewers were shocked to see the former glamour model dabbling with the occult while her children were upstairs in bed sleeping. One viewer even went as far to label the séance "sickening", warning that "even well known psychics have warned about using the ouija board."
Katie has claimed that her nine-bedroom home, which previously belonged to Cabinet Office Minister Francis Maude, has been haunted since moving there in 2014. In fact, Katie says she has lived in several haunted houses and claims that ghosts are attracted to her aura.
Speaking on daytime TV show 'Loose Women' about one of her previous homes, she said "I ended up finding out it had been built on a nursing home which had been knocked down. The orangery where the swimming pool was I found out was where they put the bodies and stuff. So many things happened there, with water and other stuff." 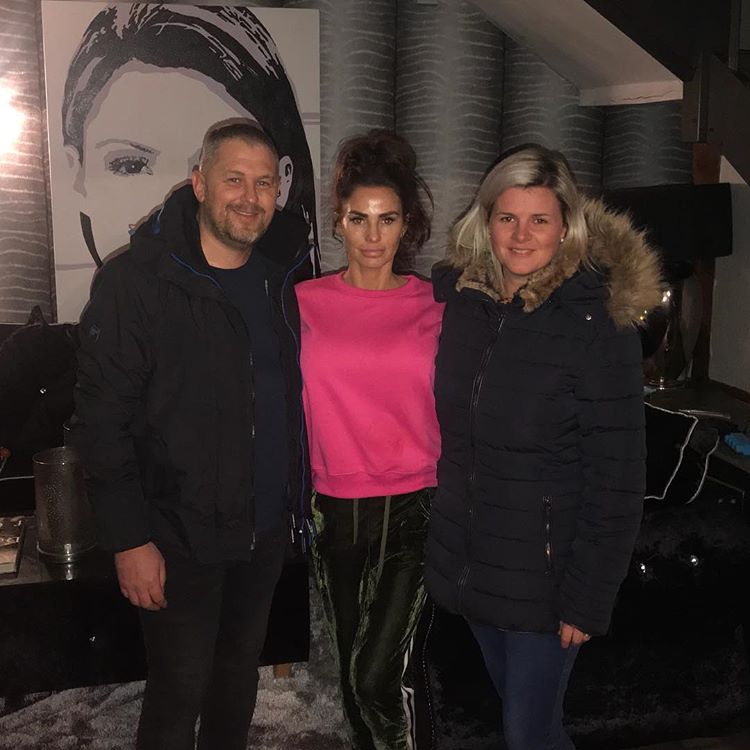 Photo: instagram.com
Katie called in Nottingham-based ghost hunter, Lee, to her three-storey home for a paranormal training session. The house boasts its own stables, a tennis court and 12 acres of land. Lee spent the night teaching Katie the techniques used by ghost hunters as well as showing her how to use some common ghost detecting gadgets.
Lee also helped Katie conduct a séance, which she'd dragged her boyfriend Kris Boyson and some of her friends along for, including a decorator called Alex who'd done some wallpapering for Katie in the day. Alex said, "I won't work in this house alone, it's too big and too scary."
Katie told her friends who'd gathered in her kitchen ahead of the night of paranormal fun, "I have got Lee coming tonight, he's been here before. I always see lots of things in this house and nobody ever believes me and he's going to bring all the gadgets along." She added, "you can all think I'm nuts, but when it comes to this, I'm actually telling the truth."
Shocked viewers took to Twitter after seeing Katie and her gang sat around a table surrounded by candles using the Ouija board with her kids in the house. One said, "I'm shocked that you would mess with the occult with your children in the house."
However, Ouija boards have a bad and unwarranted reputation. The boards themselves aren't actually evil or dangerous. Using one is no more dangerous than picking up a phone, it's just a method of communication with the spirits. There might be a small risk of finding yourself in a dangerous situation should the spirit you make contact with be malevolent, but even still, the chances of that spirit actually posing ant serious threat to you is very very unlikely.
Despite its reputation as an extremely dangerous occult tool, no ban has ever been imposed on the sale or use of Ouija boards. They are easy to get hold of on Amazon and eBay, as well as specialist online retailers. Ouija boards even used to be sold in toy stores, in fact the word "Ouija" is actually a brand name owned by the toy company, Parker Brothers.
The only reason that Ouija boards are no longer sold in toys stores is because public opinion has shifted and less people believe in them now. It seems that Katie Price fans still need to catch up with this realisation. 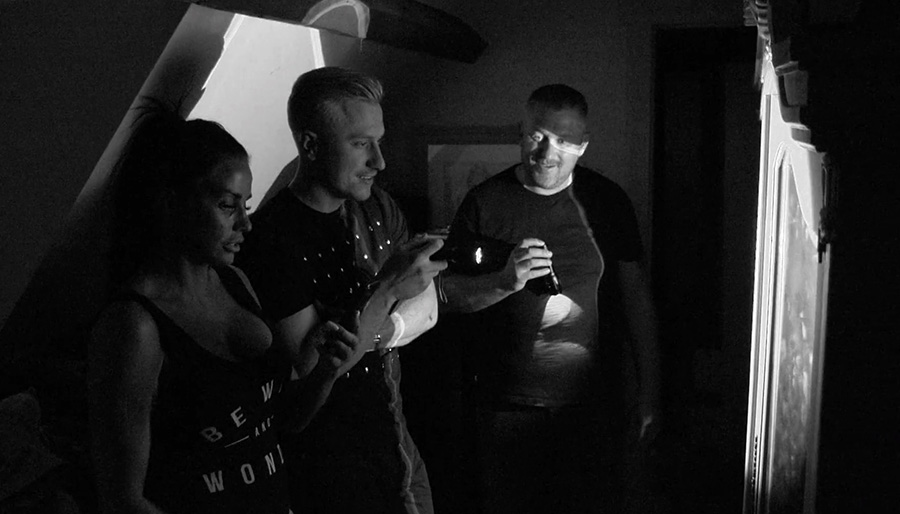 Photo: questod.co.uk
After the séance, Lee took Katie and Kris on a ghost hunt around her house. During their investigation, which was conducted in total darkness, the gang did catch something odd on camera, an incident that made Katie's skeptical  boyfriend question his beliefs.
Kris initially started out as a bit of a non-believer, he said, "well, the ghost hunting... it's all a load of s**t isn't it." But when a cupboard door seemed to open of its own accord in the upstairs of the house, Kris said, "the wardrobe door 100% opened, and it did trip me out a little bit."
Katie said afterwards, "I definitely didn't open it, we played it back and I think that was a bit of an eye opener for him."
'Katie Price: My Crazy Life' continues on Quest Red on Monday night at 10pm. Watch on Sky channel 149, Virgin Media channel 215 and Freeview channel 38, or on demand via QuestOD.
Tags:
paranormaltelevisiontopical