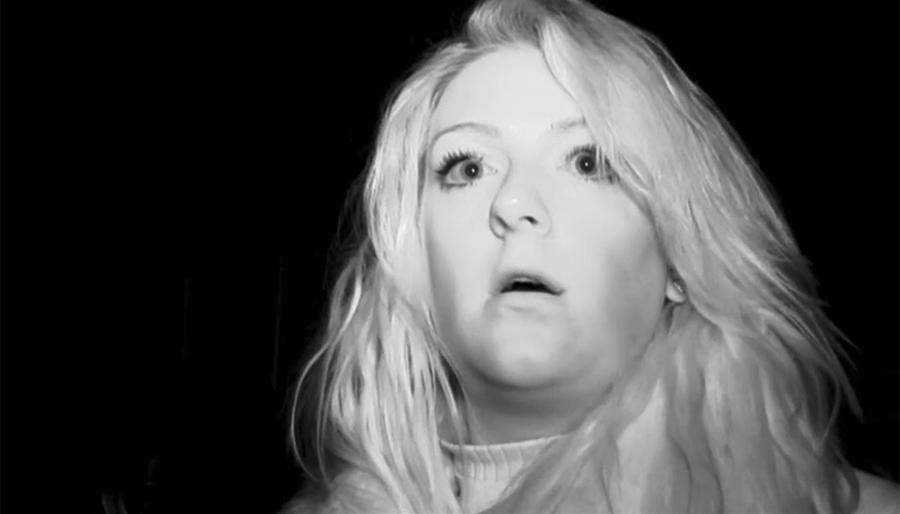 Leah was the show's makeup artist during series 17, which aired in 2015. During this time she appeared in four episodes of the show, which were shot at The Tivoli Venue, Tatton Old Hall, Annison Funeral Parlour and Capesthorne Hall. At these locations she proved to be one of Most Haunted's most jumpy crew members of all time.
Perhaps Leah had good cause to be such a scaredy-cat, after all she was alongside Yvette Fielding for one of her scariest moments in the show's history.
Yvette said that her investigation of Tatton Old Hall in 2015 was one of her most terrifying moments to date, and Leah was along for the ride. Yvette's no stranger to this grade II listed building, built as a manor house around the start of the 15th century. In fact she first visited the location in the 2007 series of Most Haunted accompanied by Carol Thatcher.
However, on her return to the hall in 2015 Yvette didn't even make it through the front door. In the episode, Yvette and Leah gingerly opened the house's front door and called out, "hello" at which point one of her ghost hunting devices suddenly stopped, it was too much for them both and they dashed from the open door for safety.

04 Jun 2015 • Review
The owners of the Tivoli Venue in North Wales called Yvette Fielding and her team in to investigate the claims of paranormal activity there. Will the spectre of a film projectionist spook them?

11 Jun 2015 • Review
In this week's Most Haunted, Yvette Fielding and the gang return to a location that they first visited in the ninth series of the show, back in 2007.

06 Aug 2015 • Review
Yvette Fielding and the team investigate a large manor house in the Cheshire countryside, which is no stranger to them and never fails to deliver paranormal activity.