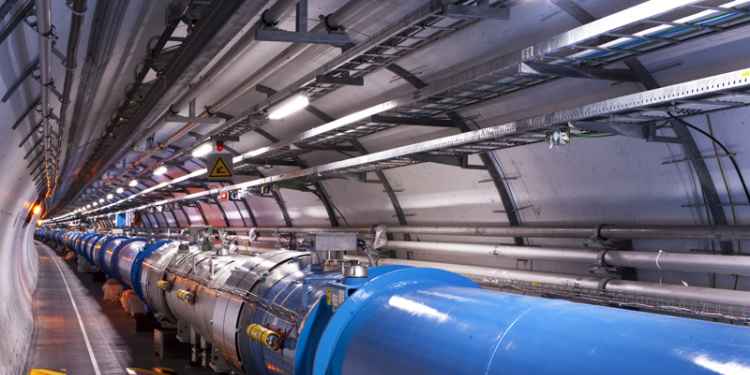 Paranormal researchers and ghost hunters have debated the nature of ghosts for years. Are they the lost spirits of the dead? Are they residual memories trapped in the environment around us? Or are they fields of electrical or some other energy?
You might think the latter as an electromagnetic field meter is a common ghost hunting tool and most believers in the paranormal agree that ghosts generate EM anomalies.
The debate could just have been put to bed by physicist Brian Cox. He's spoken about how he thinks the experiments taking place at CERN (the European Center for Nuclear Research) have proven that ghosts can't exist within our current understanding of the universe around us.
CERN is home to the Large Hadron Collider (LHC), the world's biggest and most complex science experiment, a particle accelerator 17 miles in circumference built underground on the border of France and Switzerland.
The LHC accelerates subatomic particles to speeds approaching the speed of light, before slamming them together. It's allowed scientists to discover new particles including the elusive Higgs boson, which earned scientists working at CERN a Nobel Prize in Physics.
Brian Cox spoke about the LHC and what it meant for ghosts on the BBC Radio 4 show, 'The Infinite Monkey Cage'. He said "before we ask the first question, I want to make a statement. We are not here to debate the existence of ghosts because they don't exist."
"If we want some sort of pattern that carries information about our living cells to persist then we must specify precisely what medium carries that pattern and how it interacts with the matter particles out of which our bodies are made. We must, in other words, invent an extension to the Standard Model of Particle Physics that has escaped detection at the Large Hadron Collider. That's almost inconceivable at the energy scales typical of the particle interactions in our bodies."
Professor Brian Cox
OK, that sounds a little complicated but luckily astrophysicist Neil deGrasse Tyson, the show's co-host was on hand to help us understand Brian's statement, he said "if I understand what you just declared, you just asserted that CERN, the European Center for Nuclear Research, disproved the existence of ghosts."
Brain replied, "Yes. I would say if there's some kind of substance that's driving our bodies, making my arms move and legs move, then it must interact with the particles out of which our bodies are made. And seeing as we've made high precision measurements of the ways that particles interact, then my assertion is there can be no such thing as an energy source that's driving our bodies."
So basically, CERN has helped us to understand so much about the particles and energies which make up not only the universe as a whole, but the world around us and even our own bodies.
If there were some kind of force or energy within our bodies that controlled our limbs and gave us our "life force" then we should be able to detect that energy interacting with the atoms within our bodies, but we don't which would suggest this force doesn't exist.
This means that there is no life force within us with its own distinct energy that can leave the body to live on as a ghost or spirit after the body has died.
Tags:
paranormalghostssciencetopical