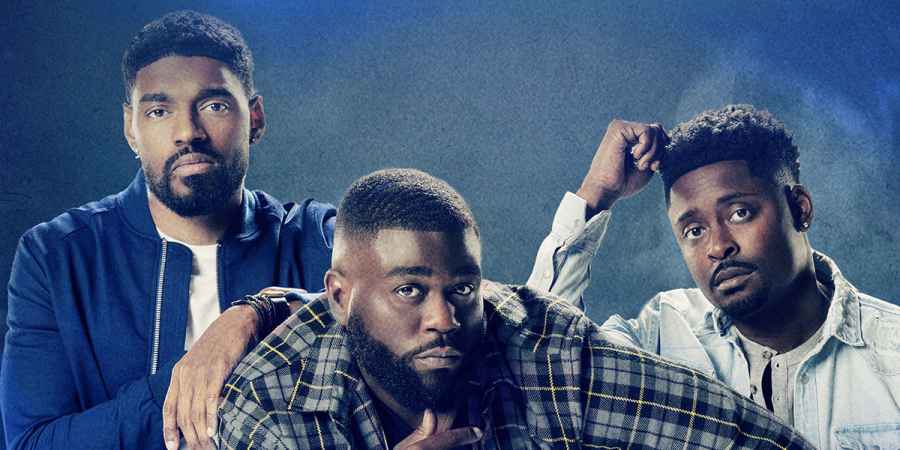 Photo: © Discovery+
'The Ghost Brothers' - Dalen Spratt, Juwan Mass and Marcus Harvey - are flipping the switch on the paranormal in their new series 'Ghost Brothers: Lights Out', coming to Discovery+ in the US from April 17.
There's not yet any word on the show being made available to Discovery+ viewers in the UK, and since the British team aren't as forthcoming with sharing news and updates about shows as the American team, we're unlikely to hear anything any time soon. But with a growing demand for 'The Ghost Brothers' on this side of the Atlantic, we hope it won't be too long until 'Lights Out' is appears here.
What do you get when you combine a celebrity barber with two fashion designers, all with a strong curiosity in the unknown? The first and only black paranormal crusaders seeking the truth in the spiritual realm! All based in Atlanta, The Ghost Brothers – Dalen Spratt, Juwan Mass and Marcus Harvey – are flipping the switch in their new Discovery+ series 'Ghost Brothers: Lights Out'.
The show follows the three best friends as they venture into the unknown. The series debuts Saturday, April 17 exclusively on Discovery+ with three new episodes at launch, and five additional episodes following every Saturday.
As the dopest brothers on television hunting ghosts, these candid and unorthodox paranormal investigators explore disturbed hotspots across the country, checking out and sizing up local legends and supernatural stories. They are ready to expose the haunted holdouts still hanging around these locations … and why they don't leave.
Marcus and Juwan kick off each investigation by entering haunted sites without any prior knowledge of the paranormal territory they are walking into. Dalen, on the other hand, knows all the creepy history. Observing from his own mission control center, he guides his friends through the most active areas of the property. Going in blind, Marcus and Juwan must discover for themselves what matches up with the legend and what does not.
Each member of the team has their distinct role: Dalen a.k.a. “The Bad Boy of Paranormal” is the risk taker; Juwan a.k.a. “Paranormal Poppy” is the suave, pretty boy of the group; and Marcus a.k.a. “The Soul Brother” brings a combination of heartwarming soul and comedy. The trio strikes a healthy balance with Dalen bringing a sense of adventure, Marcus creating a bit more of a relaxed vibe, and Juwan adds the compassion. The balance breathes a fresh point-of-view into the paranormal genre, a new perspective that fans think they know… but they do not.

You are looking at some big changes in your career. You may be given a position of responsibility that you do not quite feel ready for, dealing with other people's money or valuables. Just take things one day or one... Read More