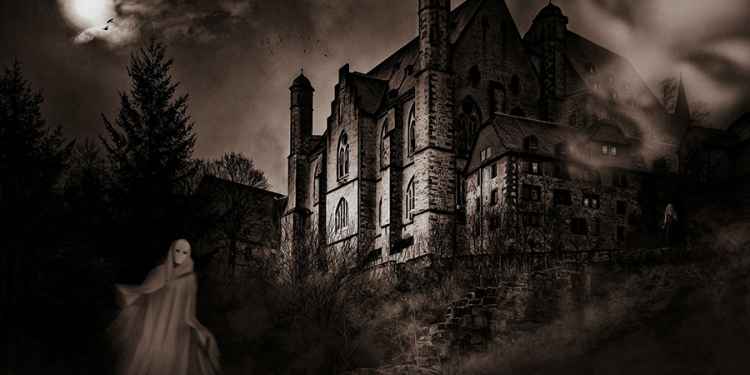 Photo: pixabay.com
From seeing ghost children with jet black eyes to experiencing otherworldly green flashes to witnessing the TV mysteriously flicker on and off, a new Halloween study by Groupon found that most people have a stronger connection to the paranormal than one might think.
The global marketplace surveyed 2,000 people about their favourite spooky fall holiday and found that more than 60 percent of people admit to having seen a ghost in their lifetime.
In addition, more than 40 percent of those surveyed think their pet has seen one too. The research, conducted by OnePoll on behalf of Groupon also found one in three people have either lived or stayed in a house they felt was haunted.
And as Halloween approaches, it's no surprise that one of the biggest ways people like to scare themselves during the month of October is by visiting a haunted house.

The survey found that, when visiting one of these attractions, people become frightened in less than five seconds overall.
"We know from experience that year after year people love to be scared and seek out as many frightful opportunities as possible this time of year," said Brian Fields, head of things to do, Groupon.
"If something scary isn't for you or your children, carving a pumpkin, visiting an apple orchard or going on a hayride can also be great ways to celebrate Halloween with the entire family."
So, how do most people react when they've seen a ghost? Of those who have been visited by a see-through spirit, the top responses were to scream and run away.
Men were twice as likely than women to scream and run away when they saw a ghost.
Other initial responses to seeing a ghost included crying, hiding and fainting. While men are more likely to scream and run away at the sight of a ghost, their screams are less audible than women's screams.
Participants were asked to rate the decibel level of their screams on a sound scale ranging from a leaf falling to the ground to a rocket being launched.
Men rated their screams to the equivalent of a vacuum cleaner, and women said that when they shriek it sounds like a noisy restaurant.
The study also identified America's top 10 fears as: snakes, spiders, sharks, drowning, heights, public speaking, failure, bees, cramped spaces and rejection.
Even though snakes ranked higher than bees on the list of fears by a more than 2 to 1 margin people said they'd rather have snakes slither all over them than be surrounded by a swarm of bees.
Whether you're interested in screaming like a rocket, leaf, vacuum cleaner or a noisy restaurant, Groupon has you covered this fall with a number of amazing Halloween- and fall-related experiences, including: haunted houses, fall attractions, escape rooms and pumpkin patches.
Finally, if you're looking for the perfect pumpkin to carve this year, the best size identified by survey participants for this purpose was approximately 15 pounds. Although, people said that the quality of the pumpkin was more important than the size.
Add A Comment
Tags:
paranormalhalloween 2018

Was The Inside No. 9 Halloween Special Really Live?