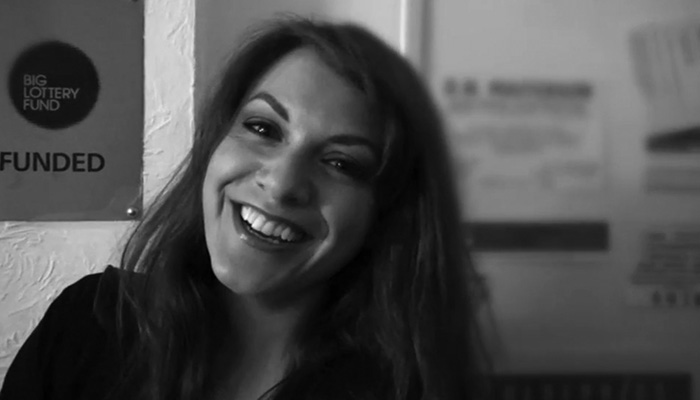 Mel Crump appeared in just one series of Most Haunted in 2014, featuring in a total of nine episodes.
Her main role on the show was as the makeup artist, but during her time with Most Haunted she was a prominent part of the team, featuring alongside Yvette Fielding in each of the locations they investigated.
She appeared in every episode of series 16, apart from one which she was unavailable for but her sister, Kim Crump, stood in for.
During her time on the show, she went ghost hunting with Welsh rock band Bullet for my Valentine and five members of the English rugby team.
On her first investigation at the Royal Court Theatre, Mel said, "I can't believe I used to watch this and now I'm in it," Yvette laughed just before they heard a set of keys being thrown.
She left the show to start her own makeup academy in her hometown of Bath.

21 Aug 2014 • Review
After a four year absences, Yvette Fielding and the Most Haunted team return for a brand new series, airing on terrestrial digital channel, Really. In one the team investigate a tiny little theatre with an awful lot of paranormal activity, from negative entities to a plethora of ghost sightings.

28 Aug 2014 • Review
Yvette Fielding teams up Welsh metal band Bullet for My Valentine for her return to Newton House in Llandeilo in the first of a two-part investigation.

04 Sep 2014 • Review
The second half of Yvette Fielding and band Bullet for My Valentine's paranormal investigation of Newton House, a property which is said to be full of paranormal activity of every kind.

18 Sep 2014 • Review
Yvette Fielding takes five members of the England Rugby team to a neo-classical, former monastery in Northampton, where they hope to spot the spirit of the Blue Lady.

25 Sep 2014 • Review
Yvette Fielding took her team of ghost hunters to a museum in Sheffield where they were on the hunt for spooks, but the paranormal activity proved to be too much for one member of the team.

09 Oct 2014 • Review • Location Details
Yvette Fielding leads the Most Haunted team into a network of dark and haunted underground tunnels in Kidderminster to check out reports of ghostly goings on.

16 Oct 2014 • Review
In the first half of a two-part Most Haunted special in East Yorkshire, Yvette takes her team to a place that has a reputation for harbouring restless souls.

23 Oct 2014 • Review
The current series of Most Haunted comes to an end with the second half of the team's mammoth two-part investigation of a Grade II listed regency house.