The final instalment of a festive mini-series of all-new 'Most Haunted: Extra' this time the team search for the 'Ghosts Of Most Haunted Christmas Future'. 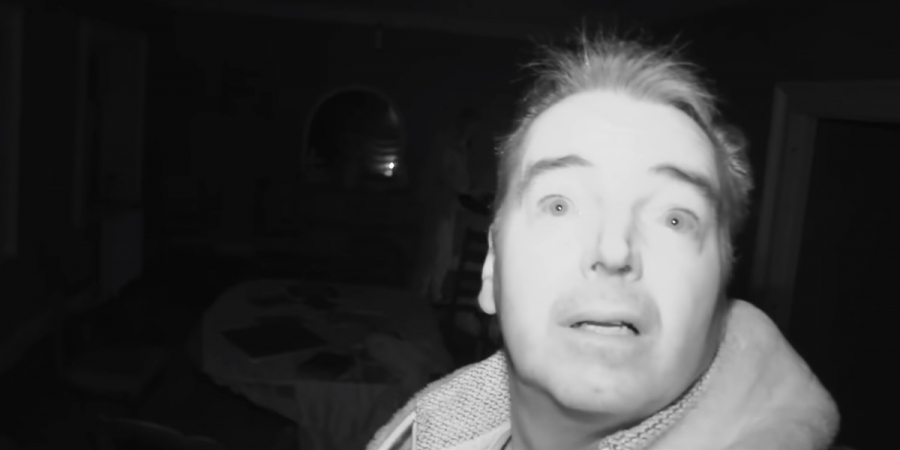 In this final festive fling, Karl Beattie and Stuart Torevell investigate Bishton Hall, a property that stands on the site where it's believed a structure has stood for over 900 years.
The creepy building we see today dates back to approximately 1750. In its time it has had some very notable families living there including three former high sheriffs of Staffordshire - John Sneyd, Cecil Stafford-Northcote and John Sparrow, a lawyer and magistrate who purchased Bishton Hall in around 1776.
It was John Sparrow's daughter, Charlotte, who made the greatest impact on the house and the community. In the 1820s, shortly after her father's death charlotte devoted her life to improving and renovating the mansion, adding both the east and west wings. So devoted was she to Bishton Hall that she never married in order to keep the house in the family name and not have it passed to her husband's family name, as was the order of things in those days.
But it was her service to the local community that is still remembered today. Charlotte believed that all children regardless of wealth, deserved an education. So she opened a school undertaking the full cost herself. In honour of her work, every year the pupils of a local primary school hold a celebration in her name on her birthday. In 1954, St. Bede's School was opened at Biston Hall by the Stafford-Northcote and ran for over 60 years, until its closure in 2018.
The mansion is now owned and maintained by Hansons Auctioneers, who purchased the property in 2019 and for the first time in the building's history, opened it to the public making sure that this magnificent house keeps its place in the community's heart.
It seems that Bishton Hall's history has made such an impact on the building that the spirits of many who have lived, died or visited still remain and like to make their presence known. Poltergeist activity is rife, doors open and shut on their own, children's laughing and footsteps are heard, unexplained loud bangs witnessed across the whole building, dark shadows walk the seamlessly endless corridors and winding staircases, grey mists mysteriously appear, the feeling of foreboding is experienced in different rooms, and the figure of a lady in white believed to be that of Charlotte Sparrow manifests all over the mansion.

Despite the freezing temperatures outdoors and even inside, Karl and Stuart were excited to be at the hall, which was decorated ready for Christmas. The pair started their investigation of the mansion's top floor in an eerie corridor lined by creepy rooms, one of which still had children's school uniforms hanging on pegs on the wall. Almost immediately they started hearing what they thought sounded like footsteps along this darkened corridor.
As they got stuck into their investigation, a chair suddenly crashed to the wooden floor in having toppled over or been pushed in some way. Karl described this incident as a "remarkable piece of poltergeist activity," but things were about to get a lot creepier.
As they explored what looked like a child's bedroom, where a collection of dolls sat on the shelf. One of the toys suddenly fell to the floor. The moment wasn't caught on camera and happened as Karl was leaving the room, but when he spun around with the camera, one of the dolls could clearly be seen lying on the floor a long way from the shelf.
After the incident Stuart was starting to feel a little overwhelmed by it all and could feel a headache coming on. He and Karl briefly stepped out of the room and to an area where they felt more comfortable to take a short breather. While chatting in this safe space, Karl said, "if it's trying to get to us, it might do it better if we're on our own." So they decided to split up.
Stuart reluctantly went alone to the floor below, but was still feeling uneasy. To try to take his mind off of these thoughts and stay calm, he sung the jolly tune, 'Zip-A-Dee-Doo-Dah' as he went. Luckily it wasn't long before Karl called for Stuart asking him to come back upstairs.
Karl had once again found the same doll had moved. He had placed if back on the shelf after its last jaunt across the room, but now it was sat in a creepy pose in the middle of the floor. Upon seeing the doll, Stuart said, "by the hands of the Devil. He's placed that there."
By this point both Karl and Stuart wanted to leave the building. They felt so uneasy that they decided it was time to call an end to the investigation, which also marked an end to the run of episode as part of the mini-series of Christmas specials.