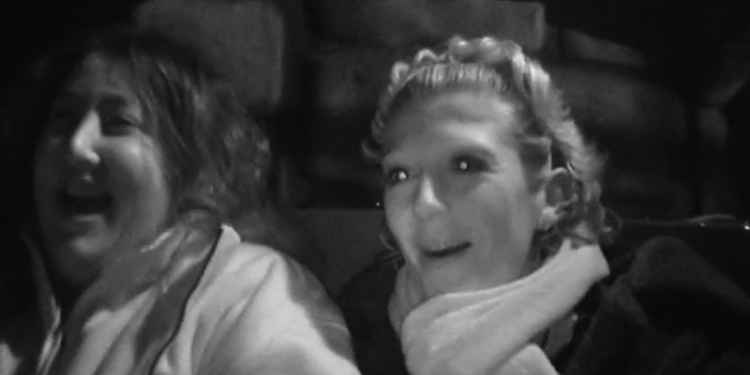 Yvette Fielding and a team of experts visit Blackpool Pleasure Beach, said to be a hotbed of poltergeist activity, where they experience two separate paranormal experiences.
Before the advent of the railway, Blackpool was no more than a small seaside village, a far cry from the bustling resort it is today. Since opening in 1896, the pleasure beach is the town's most famous attraction and it's grown in size over the years.
By day the park is a tourist attraction that draws in around seven million people every year, many of whom don't realise it's haunted. Although the pleasure beach is a place of fun, there's not many places creepier than an empty fun fair at night.
The two most paranormally active locations are said to be the gift shop, which is underneath the Sir Hiram Maxim's Captive Flying Machines ride. The spirits of children, often a young girl, have been sighted her and staff have reported poltergeist activity, in the form of objects flying off the shelves and moving around at night.
Another active location at the pleasure beach is the ghost train, which is said to have a real mischievous ghost called Cloggy. The spook gets its name from a former train operator who used to wear clogs. Staff and visitors have heard the sound of his shoes tapping on the floor as his spirit walks behind them.
Most Haunted's resident spiritualist medium arrived for a walk around the haunted hotspots with Yvette and parapsychologist Jason Karl. They started off in the ghost train where Derek picked up on the essence of two feuding spirits who argued in life about the design of one of the attraction's ride. He also picked up on the presence of Cloggy.
In the gift shop, Derek picked up the spirits of a little girl called Cynthia, who he said was 13 or 14. He also mentioned the spirits of Caroline and Toby, who he also said were children.
Later the team split up, Yvette was with makeup lady Marcelle Lipman in the ghost train in complete darkness. Suddenly Yvette screamed after feeling something touch her head.
Rick Fielding had an odd turn in the ghost train too, almost like he had been possessed. He started clapping for an unknown reason and seemed to become unresponsive. Karl Beattie eventually had to remove him from the ghost train. After Rick said, "I was aware I was clapping, I don't know why I was clapping."
For reviews of all of the new episodes, plus highlights and evidence from the shows, and to find out when Most Haunted is on next, visit the Most Haunted episode guide.
Add A Comment
Tags:
most hauntedparanormaltelevisiontopicallancashireshiver