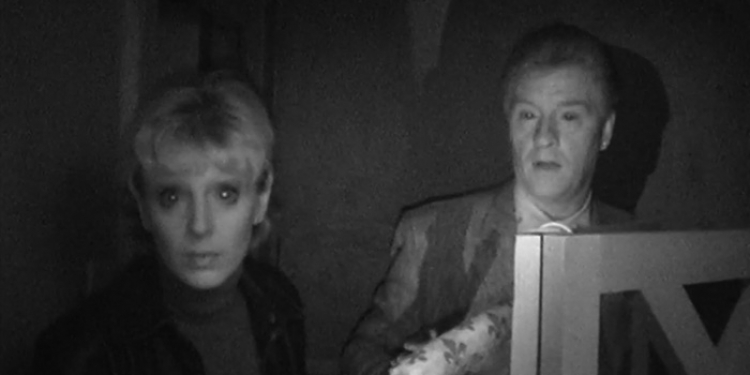 The team visits Charnock Hall in Preston to investigate reports of supernatural activity, including appliances that switch themselves on.
Yvette starts the episode by dispelling the myth that ghosts like to reside in old castle in the middle of nowhere, this week's location is a house that is said to be very paranormally active and it stands at the end of a quiet cul de sac in the outskirts of Preston.
Charnock Hall has a long history and was once owned by the royal family. In the 17th century, Robert Charnock, a Catholic priest lived here, it was around this time that Catholicism was frowned upon and many services were conducted here in secrecy. The current owners and past residents have witnessed dark shadowy figures, that look remarkably like priests.
Some who have investigated the house before have reported getting locked inside the bathroom and seeing another person face transform into that of a nun. The electricity is also said to have flicked off in strange circumstances.
The first paranormal experience that the current owner, Carol Rawlinson, had was when she first moved in to the house and had the stairs removed as part of renovation works. She heard the sound of someone walking up the stairs, despite the fact the new staircase hadn't been installed yet. She said her stereo also frequently turns itself on in the middle of the night. On another occasion, a friend waiting for Carol outside saw a boy bouncing a ball in the upstairs window.

Once Derek Acorah, the show's resident spiritual medium arrived, the team walked around the house. Derek picked up on the presence of three children playing. Derek explained that this could have been mistaken for poltergeistal activity. Derek also felt the essence of a monk, which predated the house and were connected to whatever stood on the land before it was built.
Derek also picked up on the spirit of a group of witches who used to practice dark magic in the area.
Later in the episode the team conducted a séance and cameraman Rick Fielding called an end to the vigil after feeling strange. He became very quiet and started rubbing his hands and took a while to return to normal. The investigation ended with Yvette and a few other members of the team upstairs, they caught three orbs on camera.
For reviews of all of the new episodes, plus highlights and evidence from the shows, and to find out when Most Haunted is on next, visit the Most Haunted episode guide.
Tags:
most hauntedparanormaltelevisiontopicallancashireshiver