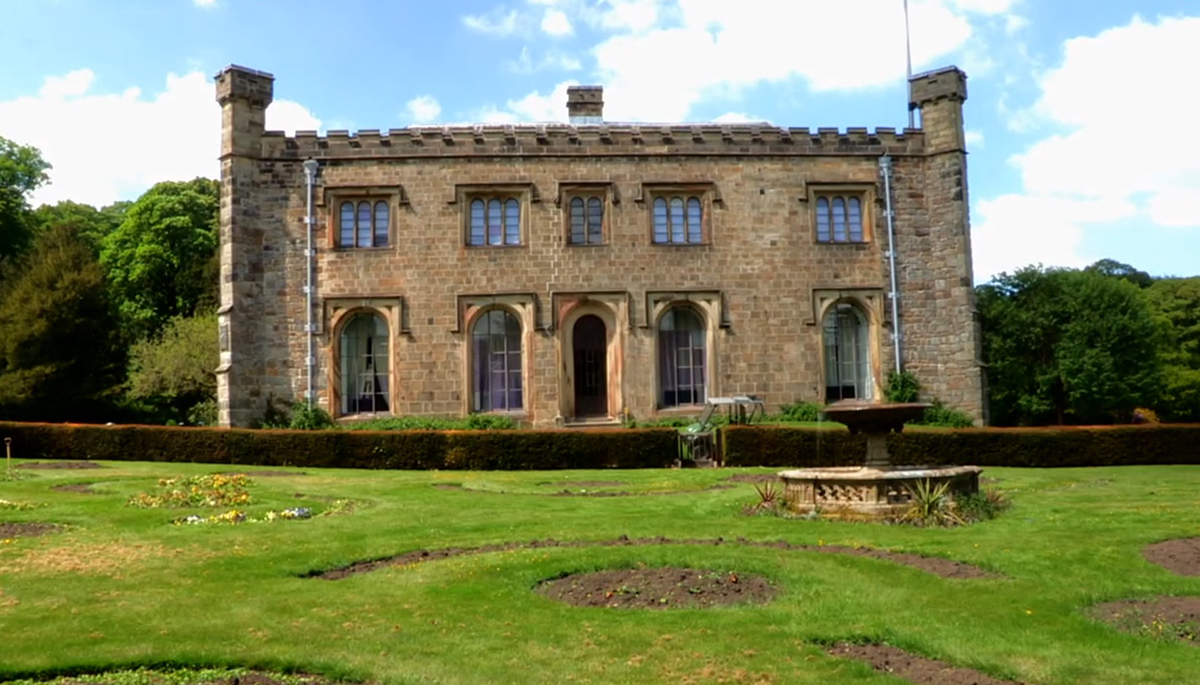 Photo: © Antix Productions
Yvette Fielding and the team return with a double-length episode, the first of a mammoth two-part investigation at a haunted location that the team are very familiar with, as it was the location of a previous 'Most Haunted Live'.
The investigation is the first full episode to be premiered exclusively on the show's official YouTube channel and kicks of Most Haunted's Halloweek, bringing fans of the show a new episode every night in the week over Halloween.
Yvette welcomes us to the historic hall with her unshakable ghost hunting pooch, Watson, as the team prepare to investigate claims of ancestral ghosts, the apparition of a white lady and a demon dog at Towneley Hall.

Yvette starts by telling us a little about the location. We learn that the first hall on the grounds dates back to 1380 and has been added to over the years. The Baroque-style entrance seen today was built in 1726. The prominent Towneley family inhabited the hall for almost five centuries, until it was taken over by Burnley Borough Council, who opened the park to the public for the first time in 1902. 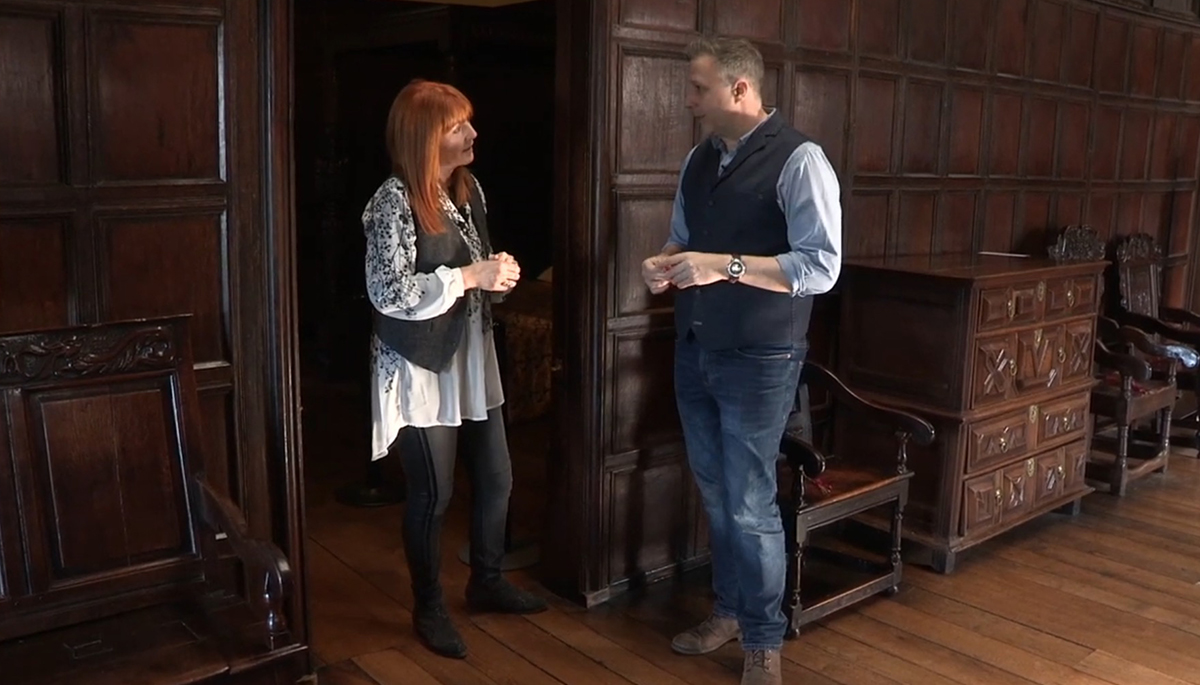 With so much history, the property has witnessed many deaths, great sadness, mystery, intrigue and is even said to be cursed.
Paranormal activity at the hall includes the disembodied sounds of children laughing and crying and an apparition seen gliding across the ancient hallways, as well as doors opening and closing on their own and loud unexplained noises heard in the dad of night.
The grounds are said to be just as haunted as the hall itself. There have been numerous sightings of the ghost of a lady in white seen stood on the turrets at night. Many people believe she jumped to her death, while others think she was looking for her lost lover.
Yvette is joined by the show's resident skeptic Glen Hunt in the location's antique store, which doubles as a museum. Yvette and her co-star got into a bit of a debate about how rational of logical it is that a spirit would attach itself to an old antique.
Yvette told Glen, "I think we're all so blinkered, and I think it's wrong to be blinkered. I think we have to just take those away and say anything is possible." Glen said, "I understand what you're saying, but I just think if we're being logical about this - and I really want to believe in some sort of afterlife, we do because it's quite a comforting notion - but if you could physically explore an entire universe in a spiritual state, I'm not gonna wanna hang around an old dusty museum."
Although Glen wasn't convinced that the antique room might be haunted, he was a little less cynical about the hall's amazing old kitchen, which has been dressed up to look like the active hub of the house that it once was. 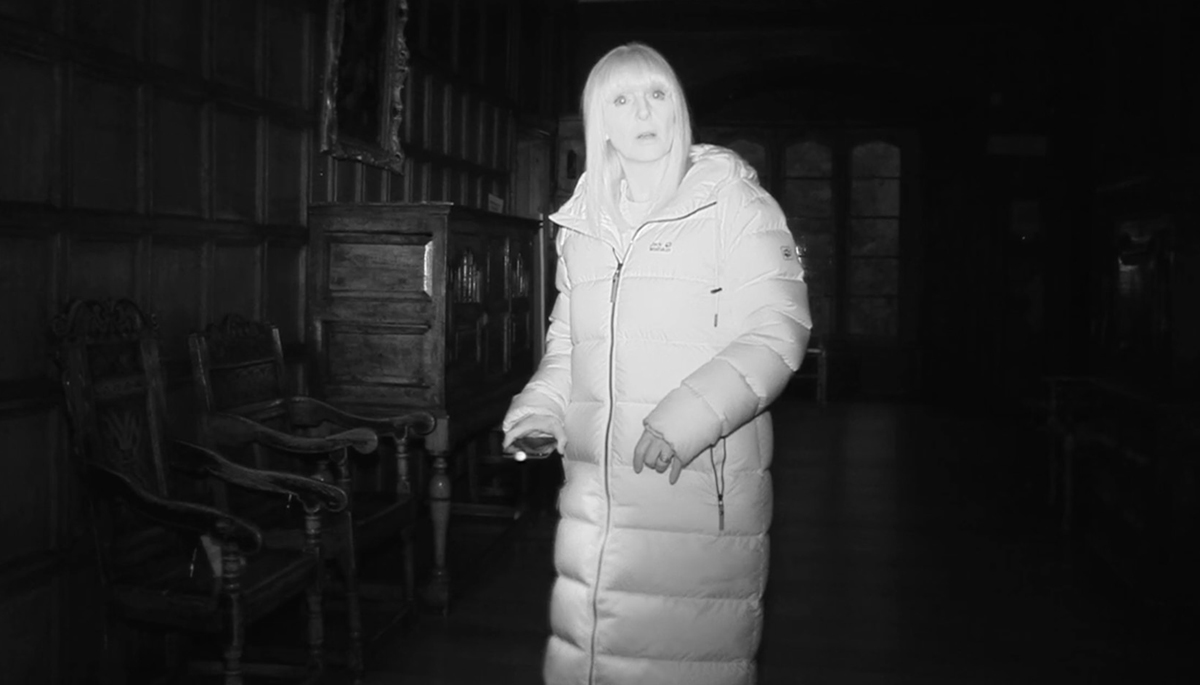 With the walk-around complete and darkness falling outside, the team switch their cameras to night vision to begin their investigation of Towneley Hall.
Yvette took camera man Gregg Smith to the wood-panelled long gallery on the upper floor. The impressive room was where the team experienced one of their most terrifying moments during the live episode filmed there 13 years ago.
The pair were asking any spirits present to drag Gregg and pull him over, which is what happened to their former camera man, Geoff Adams, who was pulled through a doorway during the live investigation. Luckily for Gregg, the spirits weren't able to repeat the incident on this occasion.
They did however hear several knocks and taps coming from around them and they felt the energy was building. Yvette said, "there's definitely something here without a shadow of a doubt." 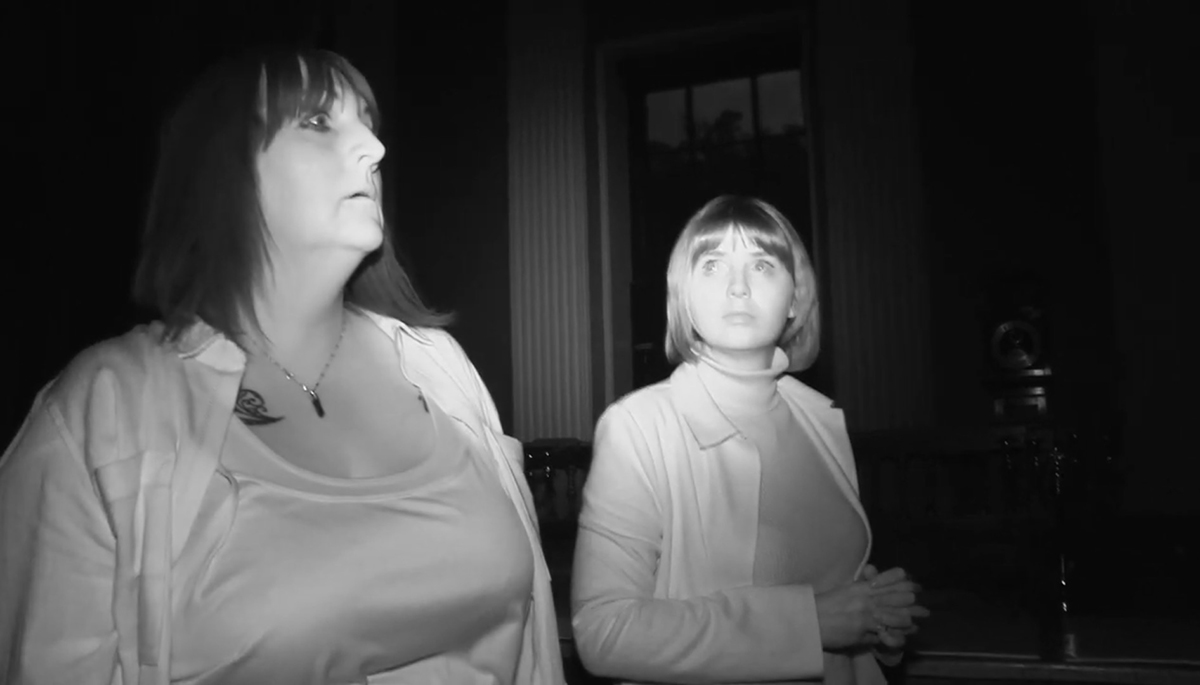 Meanwhile, Glen took the team's newest member Mary Beattie to the main hall along with Jenny Bryant, who will be familiar to some viewers as the show's location manager, but she joins the team as an investigator for the first time in this episode. Straight away they heard knocks and taps coming from all around them.
Later Mary whistled and asked any spirits present to copy and instantly they heard a whistle responding back from the darkness. The response was very loud and clear, but they were unable to get the incident to repeat itself. 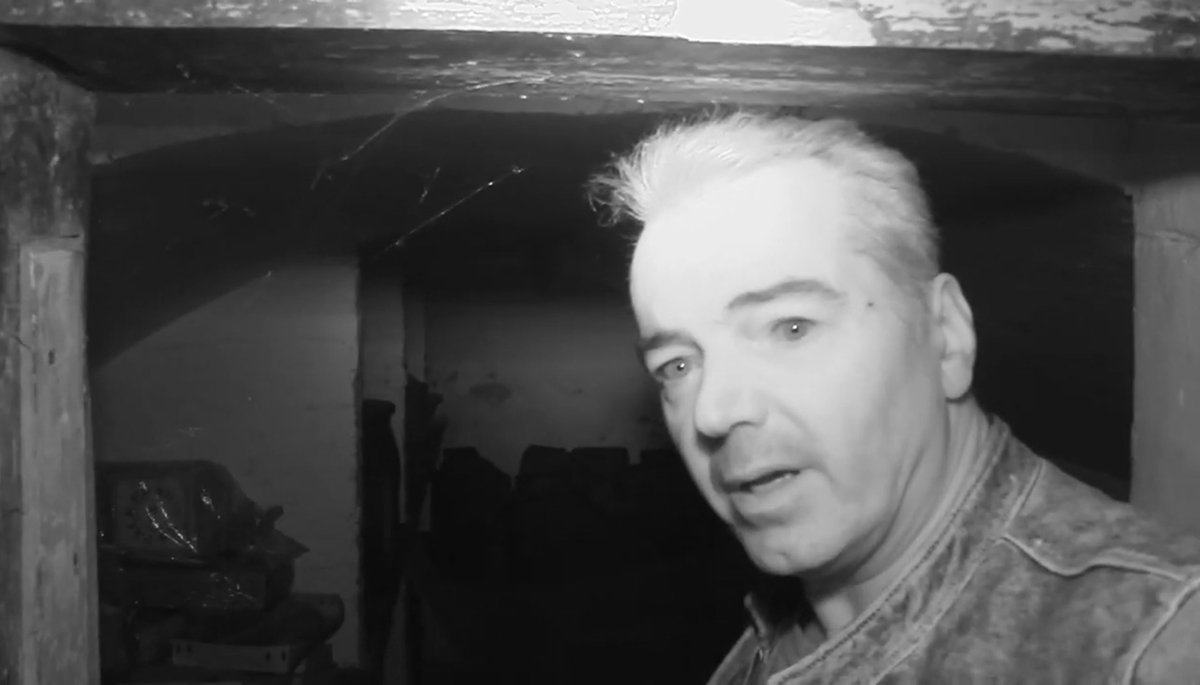 We then see what happened to Stuart Torevell when he was down in the cellars alone earlier in the day filming cutaway shots. While recording he heard strange sounds coming from around him to the point that he was forced to stop what he was doing and start a mini-investigation on his own.
One of the sounds he heard was a metallic dragging sound. He soon found a metal dustbin which he was sure was responsible for the sound. He also caught a hanging chain swinging on camera. Strangely he also experienced an unusual drain to his camera's battery which suddenly dropped from 140 minutes remaining, to just 35.
Later Yvette sent Stuart back to the cellars, this time with Karl Beattie. The pair were split up and took different ends of the large vaulted underground space.
Almost straight away Stuart heard a loud bang near him as if something was being thrown and thought he heard a voice nearby. He then heard the chain he'd seen moving earlier swinging in the darkness and hitting the wooden door. Later he heard what sounded like whimpering in the darkness.
At the other end of the cellar Karl was hearing some very clear knocks and sounds all around him including what seemed to be responsive knocks to his requests. He also heard objects moving around him, scraping sounds and even whispers. 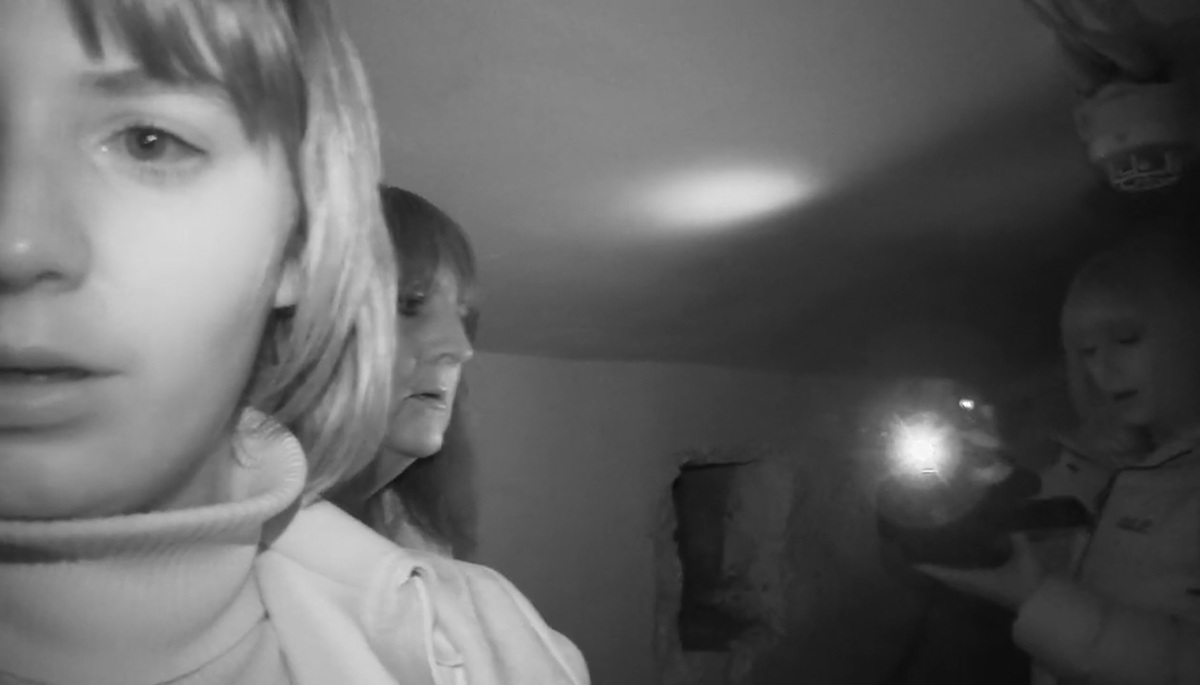 The team re-grouped before splitting up to tackle various parts of the building. This time Glen went with Gregg to the Collectors' Room, which today houses an Egyptian exhibit including two real mummies.
Yvette, Mary and Jenny went to the cellar where straight away they heard taps. After a while Mary suggested her and Jenny leave Yvette alone.
Despite not being happy about the suggestion, Yvette didn't challenge it and bravely stuck it out in the cellar alone where she captured some very clear and interesting audible evidence on camera. She also felt like she was being touched by something in the darkness and heard footsteps around her.
Meanwhile, Karl and Stuart went up to the long gallery where they explored some of the side rooms. While calling out to any spirits that might be present in one of the rooms, a cot suddenly started rocking on the other side of the room. The investigators ran over to it and Karl reached out and found the wooden cot to be cold to the touch.
They also found a book on the floor which had seemingly been thrown at some point while they were in the room. The episode ended as the duo tried to get to the bottom of what they'd experienced.
The two-hour-18-minute episode was an epic return for the Most Haunted team, but there's still more to come from Towneley Hall. The drama continues tomorrow in the second part of the team's investigation, part of the Most Haunted's Halloweek on YouTube.