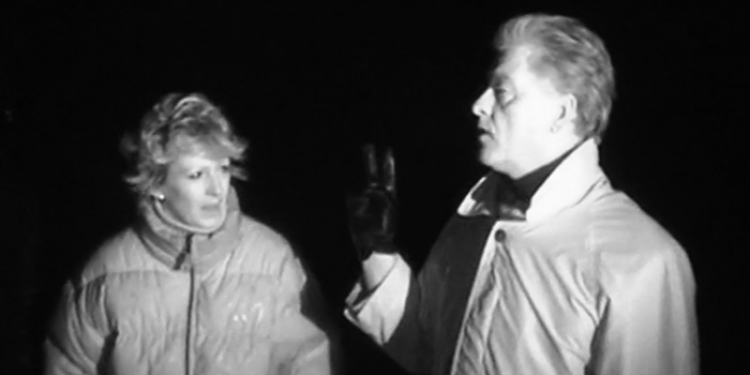 Yvette Fielding and a team of experts visit one of the most famous paranormal hotspots in Great Britain, the village of Avebury in Wiltshire. They've got their work cutout for them, as in the episode they're going to be tackling the hauntings at the village pub and the supernatural activity that surrounds the ancient stone circle.
The village is surround be three, concentric, ancient stone circle, which is over 4,000 years old. Right in the middle of the circle is the Red Lion, a building which has been a pub since 1802, but dates back to the 1600s. The pub is said to be haunted by the ghost of a woman named Florrie, who was killed during the Civil War by her jealous husband. And, the whole area is supposed to be haunted by an old druid priest.

The show's resident parapsychologist, Jason Karl, is armed with a few ghost hunting tools as always. This week he has some coins, which he plans to places around the pub in the hope that spirits may move them. He has two EMF to detect fluctuations in the electromagnet field, one calibrated for inside the pub, and one calibrated for outside. Jason also had a bag of flour, which is plans to sprinkle around the pub in the hopes that it may show ghostly footsteps or hand prints.
During Yvette's initial walk around the location with the show's psychic medium, Derek Acorah, made a connection with several of the spirits of the pub. Early on he mentioned the name Florence, which ties in with the ghost of Florrie, he also picked up on the ghost of a little boy, who is also a common sighting in the pub. And, he picked up on the sound of ghostly carriages, which have often been reported outside the pub.
The team then moved outside where it was pitch black, freezing cold and very windy. Derek said his psychic feeling about three of the larger stones in the circle, was that they symbolise a gateway to him. Derek kept talking about "a trilogy of three," which some how ties in to Pagan beliefs.
With the weather getting worse, the team headed back to the Red Lion to continue their investigation, now with the lights out. Once they were back inside, Derek mention a connection between Florence and a well. The story goes that after being murdered she was thrown down a well. The well was originally outside the pub, after extension works the well is now a feature in the pub's dining room. Once again, this mean the information Derek gave matches the stories of the haunting.
Yvette then did a lone vigil in one of the guest bedrooms. She was clearly terrified, and the wind outside wasn't helping. Trees blowing around was casting shadows and making the room all the more scary. Yvette didn't last long in the room on her own.
Meanwhile, Jason was alone in another of the guest rooms, boasting that "once again, I have failed to be scared so far." But moments later his heart started racing when he saw several "orbs" on camera crossing the room. Jason says that "no one knows what they are." Although of course many would argue the these glowing balls of light that drift in and out of shots are nothing more than specs of dust illuminated by the camera's infrared night vision light. After a while, Jason did get scared and ran out of the room. In a voice over after, Yvette said what we were all thinking, "was this an orb or simply a spec of dust?"
When the show's producer, Karl Beattie went back into the room to retrieve a camera, two scratches appeared on the back of his neck. So, Yvette took Derek, Jason and Karl back into the room to investigate and while they were chatting in the darkness, something was thrown around them. The episode ended with Jason confessing, "I'm scared," but sadly his coin and flour experiments yielded no results.
Even to this day, a caricature of Yvette hangs in the bar of the Red Lion commemorating the team's visit to the pub. The sign reads "Yvette Fielding and the crew from Most Haunted done a live show from the Red Lion. None of them have been seen again in this pub... we swear it wasn't the fish and chips." 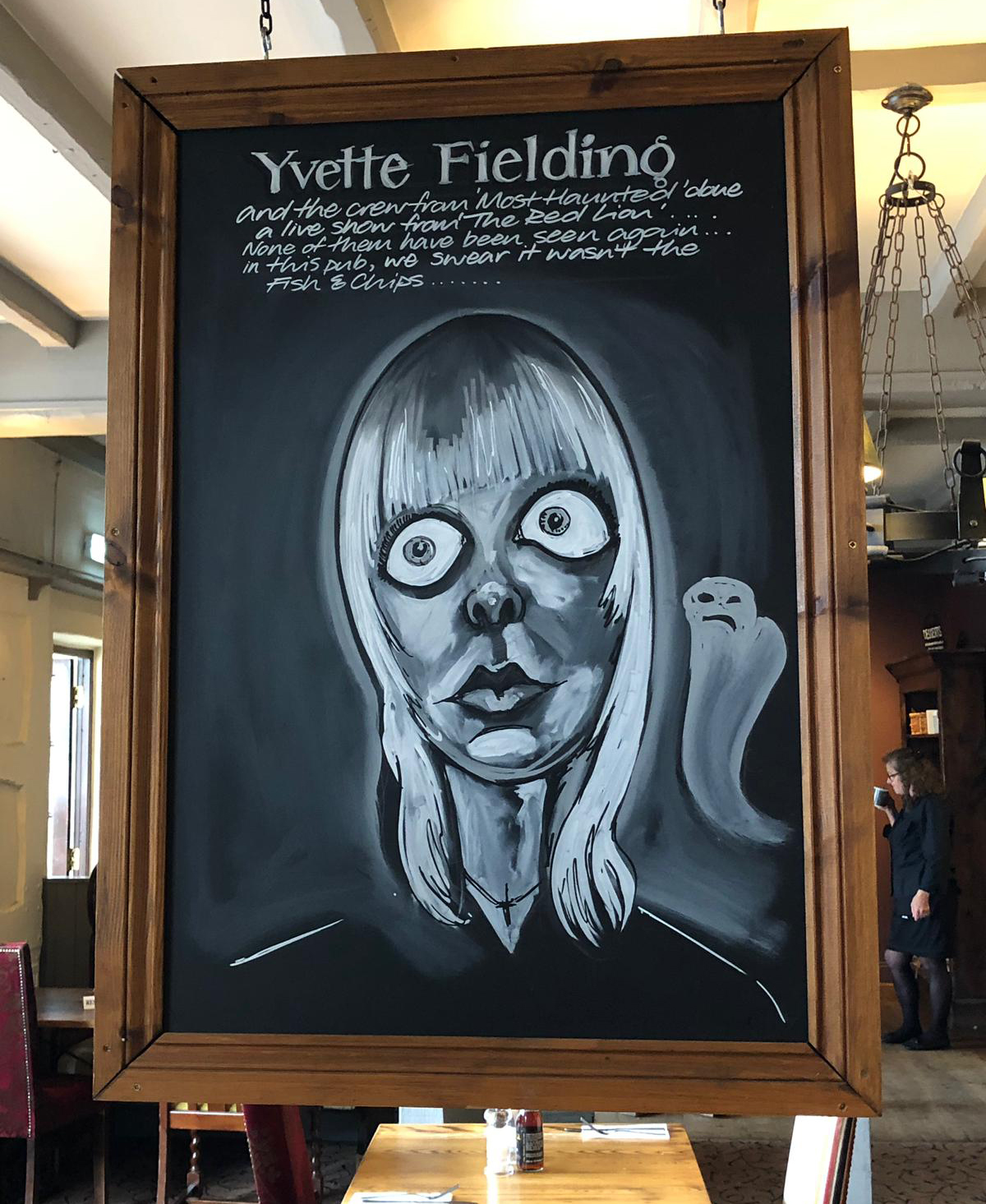 🖤
For reviews of all of the new episodes, plus highlights and evidence from the shows, and to find out when Most Haunted is on next, visit the Most Haunted episode guide.
Tags:
paranormalmost hauntedtelevisionwiltshiretopicalshiver