Most Haunted Episodes Filmed In The East Of England 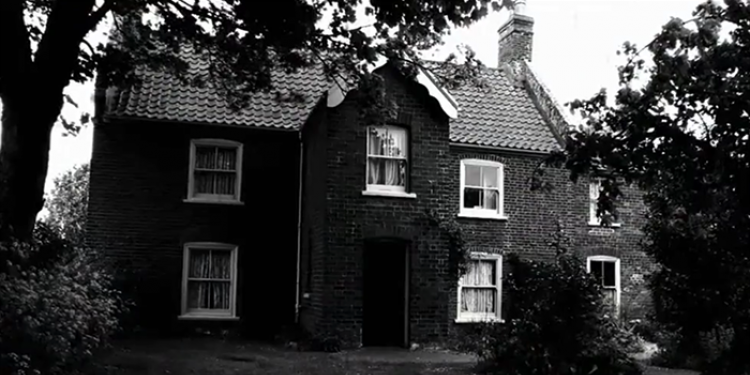 Since Yvette Fielding and her team of ghost hunters first appeared on our televisions in 2002, they've visited hundreds of haunted locations around the country, including a total of nine episodes filmed in the East of England.
The East is a hotbed for paranormal activity, including the atmospheric Galleries of Justice in Nottingham and Cromer Pier in Norfolk.
The team first visited the area in series three, when they travel to Muckleburgh military museum on the Norfolk coast, where they hold a vigil among the tanks.
Below is a complete list of every location in the East that the team have visited.

Most Haunted Locations In The East Of England

WATCH: Amazon Prime • YouTube
25 Nov 2003 • Review
Yvette Fielding and the team travel to Muckleburgh military museum on the Norfolk coast, where they hold a vigil among the tanks.

23 Aug 2005
Yvette Fielding and a team of investigators visit a haunted museum in Cambridgeshire. Peterborough Museum was built in 1816 and is said to be haunted by First World War Australian soldier Sergeant Thomas Hunter.

11 Sep 2014 • Review • Location Details
Yvette Fielding and the team return to a historic building linked with punishment and incarceration since Saxon times but is now open to the public as a museum.

06 Dec 2015 • Review
This week Yvette Fielding and her team visit an agricultural museum in Lincolnshire which is said to be a melting pop of paranormal activity. Will the team uncover any spooky goings on in the centuries old farm buildings?

13 Dec 2015 • Review
Yvette Fielding hunts for ghosts at a theatre in Gainsborough with a history as a police station and magistrates court, will the team uncover paranormal activity in the former cells or the courtroom?

WATCH: YouTube
26 Mar 2020
The Most Haunted team bring viewers an investigation of a previously unseen location. Join Karl Beattie and Stuart Torevell as they hunt for proof of the paranormal at Gressenhall Farm and workhouse in Norfolk.

Most Haunted Live! The Silent Town

9-15 Jan 2010 • 7 Nights • Not available on DVD
Yvette Fielding leads the Most Haunted team into some of the most active paranormal hotspots at RAF West Raynham in Fackenham, Norfolk as they embark on a week long investigation of the former airbase.
RAF West Raynham, Norfolk