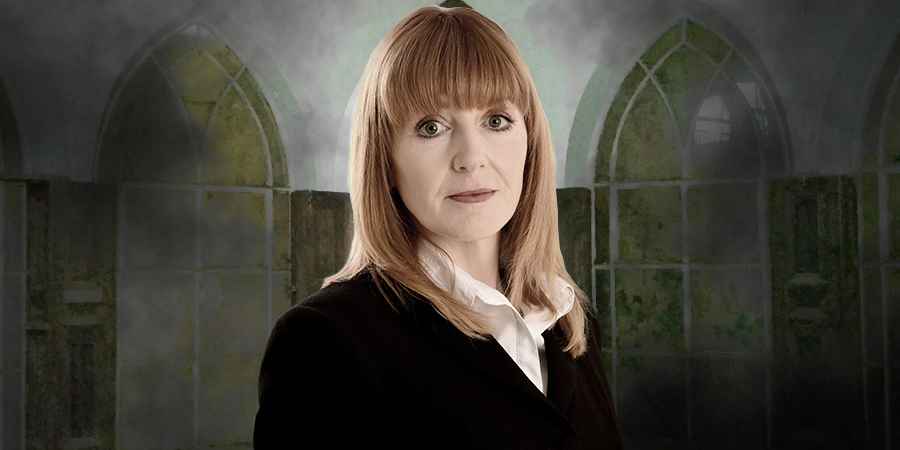 The Most Haunted team have unveiled their Halloween plans which include a week of brand new episodes and a spooky night of entertainment hosted by Yvette Fielding on the night of Halloween.
Most Haunted's "Halloweek" kicks off on Wednesday October 28 and will bring fans of the long-running British ghost hunting show seven nights of Halloween treats. Starting with a mammoth two-part investigation of an as-yet unnamed paranormal hotspot.

Although Yvette and the team have not yet announced where the new episodes have been filmed, we do know that for seven nights over Halloween there will be plenty of previously unseen content made available on the show's official YouTube channel.
The highlight of the weeklong event will be a live stream on the night of Halloween which will be hosted by Yvette. Sadly a full 'Most Haunted Live!' wasn't possible this year due to the difficulties of filming in a large team during a pandemic, but some of the team might pop up for a chat in the live broadcast.
The live stream will begin at 6pm on Saturday October 31 and will feature unseen moments from the show, a mini investigation and a live Q&A with Yvette and Karl Beattie, plus a brand new double-length episode filmed at a secret and allegedly very haunted location.
Not much is known about the Halloween special, except that it includes a scary moment experienced by the show's resident skeptic, Glen Hunt - one of his most terrifying encounters during his five years as a regular on the show.
All of the new episodes will be free to watch in full HD and will premiere exclusively on Most Haunted's official YouTube channel. If you fancy watching on your television for the big screen experience, you can. YouTube can easily be watched on a smart television or via games consoles, Chromecast, Now TV, Amazon Fire and various other gadgets.
Since the details of Most Haunted's Halloweek have not yet been fully announced, we can only speculate where the new episodes and the Halloween special might be filmed.
The team have already posted a short investigation of Coats Memorial Church in Paisley on their YouTube channel. Could the activity they encountered have been enough to tempt them back for a full investigation? Or will they investigate a completely new location? Perhaps Hangar 42 in Blackpool, Doncaster Air Museum, Fort Amherst in Chatham, Pen Y Lan in Wrexham or Cogges Manor Farm in Oxfordshire.
There's also a chance that the team might re-visit a location as they sometimes do. Perhaps Margam Castle or Preston Manor in Brighton which both featured in series eight in 2006.
Other potential locations include Tudor House in Stratford-Upon-Avon, the Groundlings Theatre in Portsmouth, Burton Constable in Hull, Peterhead Prison or Gressenhall Workhouse in Norfolk.
Last year, for the first time in almost ten years, the team were joined by a live audience of around 60 people for a live Halloween special. Sadly, due to the current situation and the constantly changing government guidelines, it wasn't possible to host an audience this year or even get the whole team together safely for a special.
But since the show's youngest team member, Mary Beattie, is obviously part of the same household as Yvette and Karl, we might see her pop up as part of the week of Halloween specials. Mary made her debut appearance in the show in 2019 and featured in last year's 'Most Haunted Live!' from the old Police Station & Courts in Accrington.
Also look out for a new investigator who will be familiar to regular viewers of the show. Jenny Bryant will make the leap from the show's location manager to full-fledged investigator as she tackles the spooks alongside Yvette and the team.
Most Haunted's Halloweek kicks off on Wednesday October 28 exclusively on the official Most Haunted YouTube channel, be sure to subscribe now so you don't miss out on the new episodes as they appear.