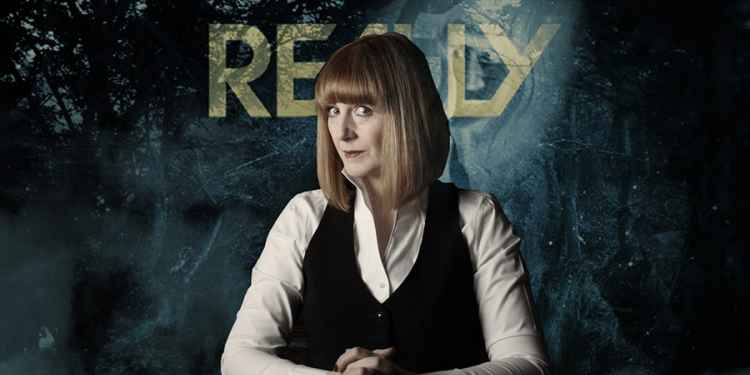 With Halloween fast approaching, fans of Most Haunted will be sad to hear that Yvette Fielding and the team will not be returning to our screens this year.
UKTV owned Really Channel, which has been home to the show since 2014, confirmed on Twitter that they will not be picking up any new episodes Most Haunted.
In several tweets written in response to viewers' queries about the show, Really wrote "we won't be picking up any new episodes of Most Haunted, we do however have many of the classic episodes so these will continue to feature on Really for the foreseeable future. Thanks for getting in touch."
Karl Beattie, the long-running ghost hunting show's executive producer, told fans earlier this year that in the future the show could move away from traditional television in favour of more flexible methods of content delivery, such as online streaming platforms.
After Really's announcement, Karl shared more information on the changes with fans of the show in a Facebook post...

Announcement About Most Haunted & New Series

A few people have asked about the new series of Most Haunted, I mentioned back in June and also in a live Q&A on Facebook in August, that Most Haunted would no longer be aired on Really TV as they are only interested in promoting the USA shows they have acquired/commissioned.
Many of you will know that Really was owned by UKTV. Earlier this year the UK TV network was split between their owners the BBC and Discovery, Really TV went to Discovery. Now as a fully owned American Channel they only want to promote and move forward with their US homegrown shows. One thing the US broadcaster doesn't like is being beaten and as the British made Most Haunted, (with a zero budget), beat their best shows, (where budgets range from $200k-$300k per episode) they lost out each week to MH.
This year MH figures have been higher than ever before, 30% more than the original series on Living TV, winning more awards and receiving more nominations in 2018/19 than ever before and as Most Haunted still holds the record for the Really TV's highest rated show, this decision has clearly not been made for the viewers.
We, on the other hand, will NOT let you down. We have been, and are still, in talks with other broadcasters so whatever the decision, we look forward to building the MH brand even further. In the meantime, we are putting footage on our YouTube Channel (new footage added next week), we will be back soon as we already have a new series ready to go and are in the process of filming the next, we are also looking at something very exciting for Halloween.
So please be patient with us, we are doing all we can for you as, unlike some we have always put you first. We will keep you informed as things progress.

This means that while the show won't be airing as part of UKTV's Halloween programming, fans of the show will probably be able to watch the Most Haunted team embark on a special investigation online.
As Karl confirmed in his post, the need to find a new home for the show is due to recent changes in the television industry that has left the show's future uncertain.
The 24th series of Most Haunted aired on Really earlier this year and Karl confirmed that series 25 has already been shot and edited, but said that they're not sure if the show will continue to air on Really, "we don't know where we're going to put it".
He then got stuck into the nitty-gritty of television politics and the current state of play, "a lot of people don't realise that UKTV who own Really were part owned by the BBC and Discovery and they've now split up the channels."
Karl is referring to the two broadcasters' deal that was made in April of this year to split up the 10 channels run by UKTV. This means that BBC Studios will now take over seven entertainment channels, while Discovery will take full ownership of three Freeview channels including Really.
Although a deal is unlikely to be done before Halloween, the Most Haunted team are in talks with Discovery. Karl said, "in our discussions with them they really do want to promote the American shows more than the UK shows. We had to deal with that with Really when UKTV owned them."
He added, "I think we wouldn't be doing this show any justice, or you guys who are watching the show any justice, by allowing it to go on a channel that isn't going to give it due consideration".
Fans shouldn't be too concerned about the news, as Yvette, Karl and the rest of the team will still be bringing fans of the show new content either via their YouTube channel, Facebook page or the official Most Haunted app. Most importantly, there will probably be a Halloween investigation too. Although this has been hinted at, it's not yet been officially confirmed.

Where will Most Haunted's Halloween 2019 investigation be?

As a Halloween special has not yet been officially announced, it's not yet known where it might be filmed. Currently we can only speculate about the locations the team might visit... and we do love to speculate. Over the last couple of years we've guessed at what locations might be included in new series and we've failed to get a single one right.
We know that the team have shot an episode at Accrington Police Station and Courts, they could go back there for Halloween as it's currently one of the team's favourite haunts.
The team have already posted a short investigation of The Shire Hall in Hereford on their YouTube channel. Could the activity they encountered have been enough to tempt them back for a full investigation, or will the investigate a completely new location? Perhaps Hangar 42 in Blackpool, Doncaster Air Museum, Fort Amherst in Chatham, Pen Y Lan in Wrexham or Cogges Manor Farm in Oxfordshire.
There's also a chance that the team might re-visit a location as they sometimes do. Perhaps Margam Castle or Preston Manor in Brighton which both featured in series eight in 2006.
Other potential locations include Tudor House in Stratford-Upon-Avon, the Groundlings Theatre in Portsmouth, Burton Constable in Hull, Peterhead Prison or Gressenhall Workhouse in Norfolk.

What channel will the Most Haunted Halloween special be on?

This is the big unknown right now. Unlike in previous years, the Most Haunted Halloween special will not be broadcast on Really or any other television channel for that matter.
Speaking about a potential new home for the show, Karl said "we don't quite know what that's going to be yet." He confirmed that the team are considering other ways to get fans the content they want, "our prime concern is to get you the shows that you want to see in the way you want to see it."
Earlier this year the team launched their official YouTube channel, where they've been uploading unseen footage, outtakes and bitesized investigations. So it's possible that the Halloween investigation will be streamed live here for free, however in recent months they seem to have favoured their new app, which places exclusive content behind a pay wall.
Of course there's benefits to all of this, as Karl reminds fans, "there's so much footage that we've got that you guys won't have seen because we won't be allowed to show it on a television platform." Which is why they're looking for a more flexible broadcaster or platform, "we want somebody that's going to support the brand and actually allow us to let them know what you guys want to see."

When will the Most Haunted Halloween special be shown?

As there's not yet been any official word on a Halloween special, we don't have any dates or times to give you right now.
In previous years the Halloween special aired as part of Really's "13 Nights Of Fright", which offers viewers 13 nights of paranormal television, culminating on Halloween night.
As this year's special will be being streamed online, there won't be the issue of having to compete with other show's on the television schedule, so it's likely that it will begin at 9 or 10pm on the night of Thursday 31st October - primetime Halloween.

Is the 2019 Most Haunted Halloween special live?

For the last few years Most Haunted fans have had to make do with an "as-live" episode, but this year there is nothing to stop them streaming their investigation live online.
The last live episode was broadcast from the infamous 30 East Drive in Pontefract in 2015. Since then, UKTV have only committed to "as-live" specials, including last year's investigation of Ashwell Prison in Rutland. Even if the show moves to a new channel, at this stage there probably wouldn't be enough time to organise a full live broadcast for television.

Which members of the team will feature in Most Haunted's 2019 Halloween special?

If a Halloween special goes ahead, then Yvette and Karl are likely to be joined by their regular team - skeptic Glen Hunt, demonologist Fred Batt, long-time team member Stuart Torevell, as well as camera man Gregg Smith and sound man Darren Hutchinson.
There's also a chance that Yvette and Karl's daughter, Mary. might make a return in this series. We first saw her in the "as-live" special at the Eden Camp Museum in Malton. 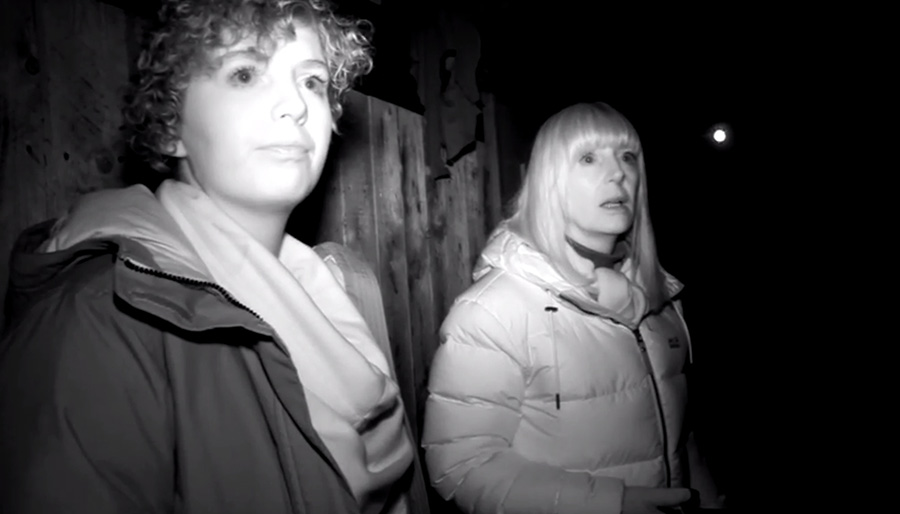 Any new content will have a lot to live up to as the previous series, which aired at the beginning of the year, was one of the most active yet. It started with a two-part investigation at Eden Camp.
We also saw the team investigate Antwerp Mansion in Manchester, Hodroyd Hall in Barnsley and Kelham Hall in Nottinghamshire.
To end the series, Yvette and the team headed to Warwick to investigate Guy's Cliffe House. During the two-part investigation the team captured some of their best evidence to date, including a table which seemed to levitate during a séance in one of the upper rooms.