The 10 Most Haunted Libraries In The UK

Libraries often occupy historic buildings and are packed full of old books with strong emotional connections, making them prime locations to experience paranormal activity.
Britain has no shortage of notable and historic libraries, the ten below are those which also have famous ghost stories attached to them. 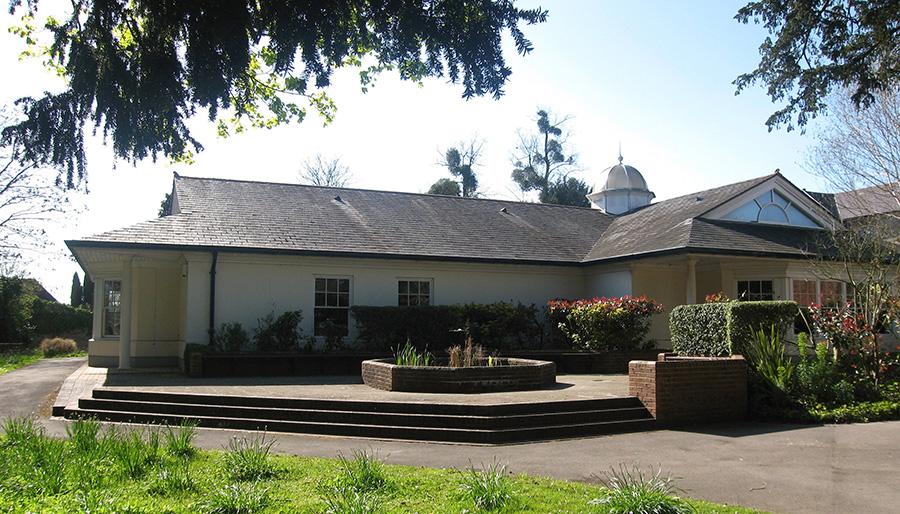 Photo: © David960
The library in Farnham is said to be haunted by the spirit of King Charles I. During the Civil War he was sentenced to death for treason and held in Vernon House, which now houses the town's library. He was later sent to London where he was beheaded. Witnesses have claimed that his spirit returns to the building and have reported seeing his apparition. 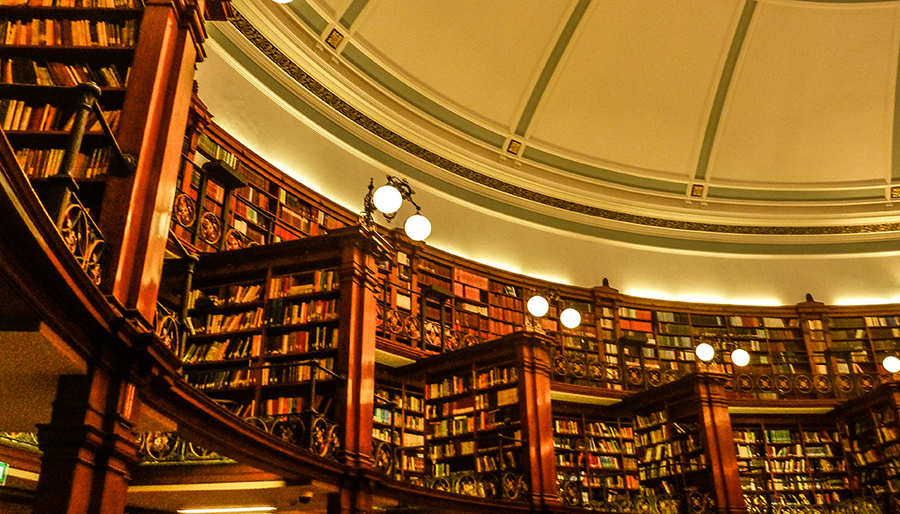 Photo: © Emily Coco Harrop
Liverpool Central Library is the largest of the 22 libraries in the city and has its fair share of ghost stories, including reports of shadows moving in the dark corners of rooms. There's also claims of some unusual haunting such as a demonic rat and even a phantom black cat with glowing eyes. It is often heard at night throughout the building and occasionally seen in the International Room. 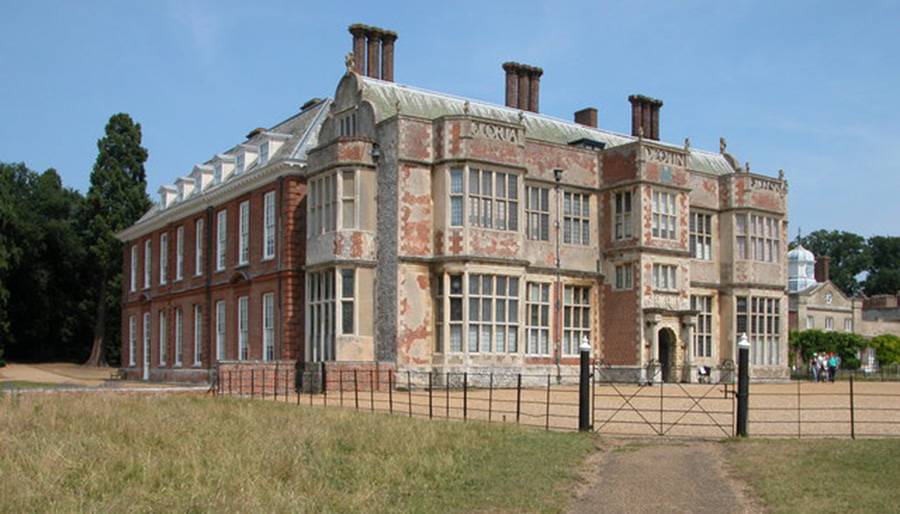 Photo: © Philip Halling
Felbrigg Hall in Norfolk resident is the formed home of William Windham III, who was obsessed with books. In 1809 a fire broke out at a friend's library in London and William risked his life to save as many of the books as he could, resulting in him being badly injured by the flames. He died a few weeks later but ever since his ghost has been seen at his beloved library at Felbrigg Hall, perhaps returning to read the books he didn't have a chance to whilst he was alive. Some say that his ghost will only appear when a particular combination of books is placed on the library table. 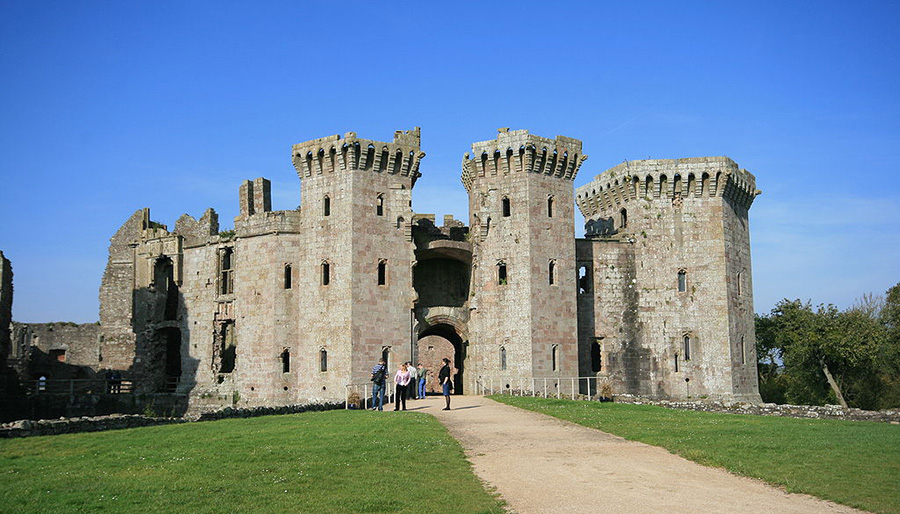 Photo: © Bob McCaffrey
The ruins of the library at Raglan Castle in Wales his haunted by the ghost of its former librarian. The apparition has been seen as recently as 2001, wearing Bardic style clothing in the part of the castle that was once the library. The library here had an important role during the Civil War, as it hid a collection valuable books and manuscripts in a secret tunnel beneath the castle. It's not known when or how the librarian died, but it's thought that his spirit still watches over the hidden cache of literary treasures. 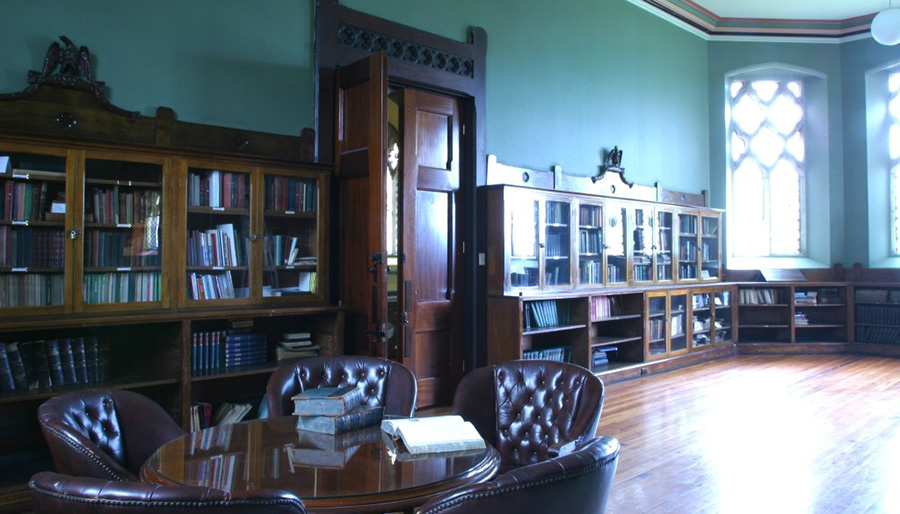 Photo: © Offshore Holding Co.
The library in the University of Oxford is said to be haunted by the headless ghost of Archbishop William Laud, who was beheaded in 1645 following impeachment by the Long Parliament. His ghost is said to disturb the peace of the library by kicking his severed head along the library floor. Others have reported hearing the sound of disembodied footsteps in the long reading room, which was built by Laud in the 17th Century and is known as the Laudian Library. 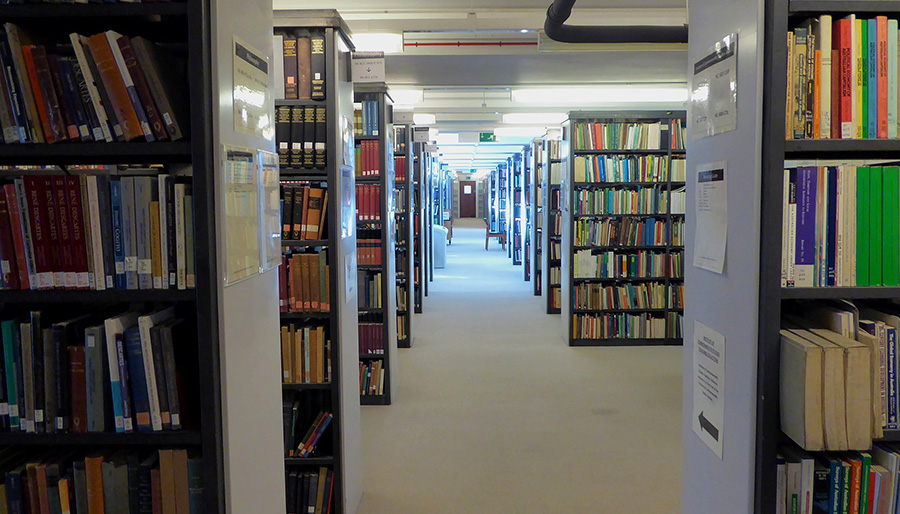 Photo: © Ethan Doyle White
Senate House Library is part of the University of London and the eighth floor is the place where famous paranormal investigator, Harry Price's collection of magical literature are store, a total of almost 13,000 books and papers on the subject of magic and the paranormal.

The library's staff have reported paranormal activity in this part of the building in the form of the sound of disembodied laughter and whispering, and have seen books floating books and even a full-bodied apparitions of an unknown man wearing a cloak and a glowing "Blue Lady". 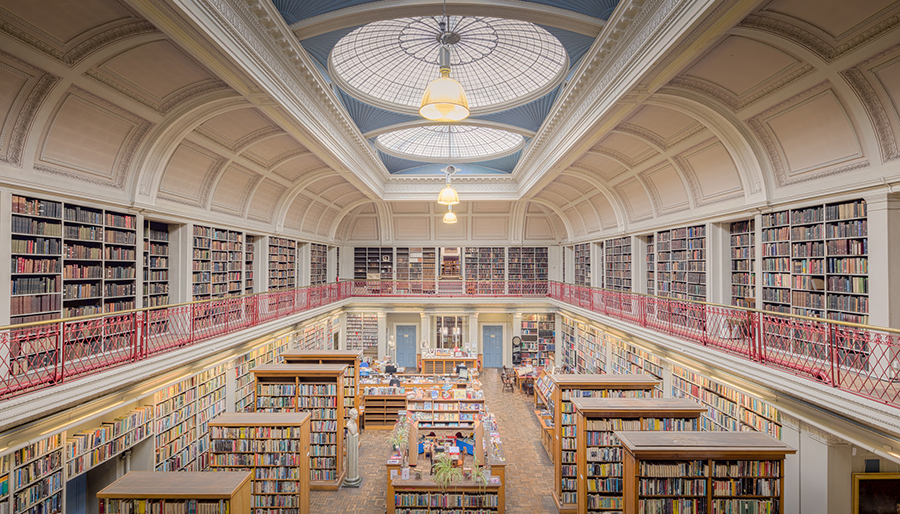 Photo: © Michael D Beckwith
The Literary & Philosophical Society of Newcastle-Upon-Tyne is situated on Westgate Road and is the largest independent library outside of London. It was here in 2012 that video evidence of a strange event was captured on CCTV, the footage shows an emergency exit opening on its own. There are also reports of people seeing strange light anomalies and hearing the sound of footsteps, coughing and even the sound of pages of books turning. 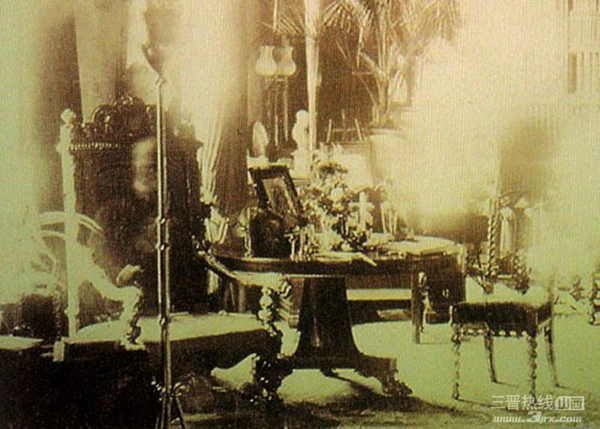 One of the most famous ghost photographs of all time was taken in the library at Combermere Abbey. The building is said to be haunted by Lord Combermere, a British cavalry commander who died in 1891 after being run over by a horse-drawn carriage. The famous photo which is supposed to show his ghost was taken in the library using a one-hour-long exposure during while his funeral was taking place elsewhere. 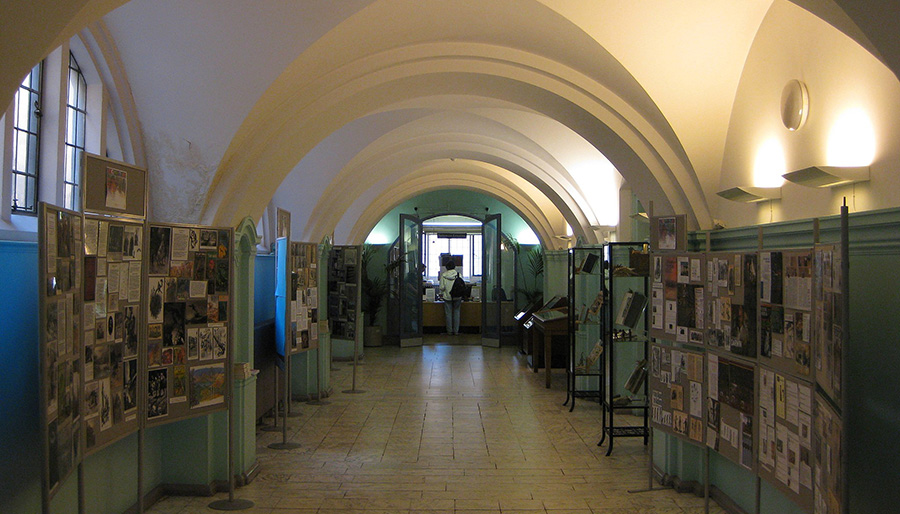 Photo: commons.wikimedia.org
The library stands in College Green next to Bristol Cathedral, one of England's most famous medieval churches that dates back to 1140 when it was founded as an Augustinian abbey. The whole of College Green, including the cathedral and the library is said to be haunted by the ghost of a monk who is often seen walking wearing a grey habit.

Most stories from witnesses tell of the monk wandering out of the cathedral's main door on to College Green, before disappearing in to the library. The library stands on the site of the old Augustinian priory and while the Augustinians wore black habits, some believe this grey monk may have been visiting the priory in life. He’s also spotted in the library itself going through theological documents. The monk entered the library through a bricked up door way which is one of the original entrances to the priory. 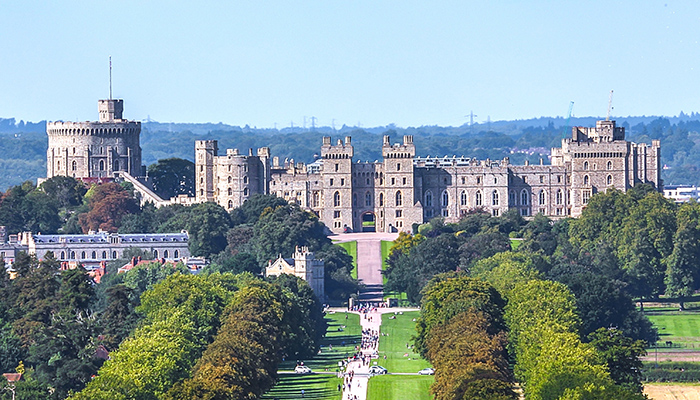 Photo: pixabay.com
Windsor Castle dates back to the reign of William the Conqueror and is said to be home to many ghost, as well as plenty of monarchs throughout British history. The castle's library is said to be one of the most haunted in the UK

The notable ghosts that haunt the castle include that of King Charles I who haunts part of the castle. Elizabeth I haunts the royal library and has been spotted by many members of the royal family. The groans and dragging footsteps of King Henry VIII have also been heard around the castle, the face of King George III has also been seen peering out of the window in the room where he was often detained.

The long walk is also supposed to be haunted by the spirit of grenadier guard who killed himself here in the 1920s, he's been spotted at least twice since his death.
This is an ever changing, dynamically updated page. Haunted locations may move up or down the list as new locations are added to our database and scores are reviewed to reflect new activity.
Tags:
paranormalghostshaunted britain