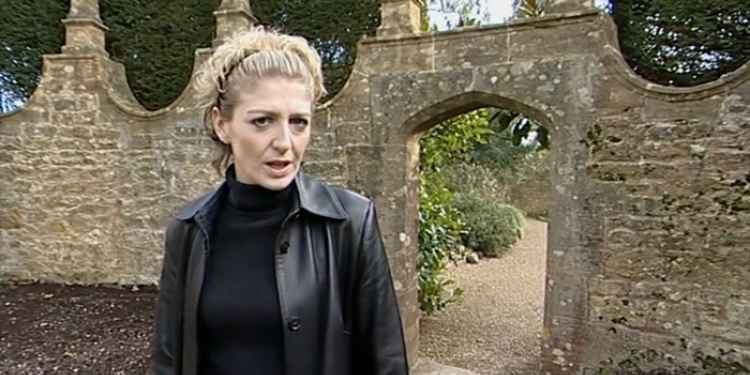 Yvette Fielding and her team of expert take their first foray into the world of the paranormal with 17 investigations filmed at some of the most famously haunted locations in the country.
The team investigated a couple of reportedly haunted pubs, the most haunted theatre in the world, and a castle which is said to be the most haunted in Europe.
The team spent the night in a couple of location that couldn't be further away from the stereotypical haunted house, a lighthouse with a spooky history and the disused tunnels of a London Underground station.
With all these fascinating locations to explore with their grim histories, how much can you remember about the series? Test your knowledge with these 20 tricky questions...

1. In the first episode at Athelhampton Hall near Dorchester, what piece of furniture appeared to move on its own in a bedroom?

2. Which member of the team climbed up into the attic at The Ostrich Inn after Derek Acorah hinted there might be something of interest up there?

3. What is the name of the ghost who is said to haunt the Red Lion pub in Wiltshire after being killed during the Civil War by her jealous husband?

4. Parapsychologist Jason Karl placed a trigger object in a cell at Derby Gaol which appeared to move on its own. What object did he use?

5. Which of these ghosts is said to haunt Chillingham Castle?

6. At which location was the show's original pilot episode filmed?

7. Which famous smuggler gang were based in the very haunted Mermaid Inn in Rye?

8. While sat around the fire in Athelhampton Hall, Derek Acorah was possessed by what?

9. Which of these ghosts is said to haunt Levens Hall in Cumbria?

10. Which property that the team investigated in series one has been described as "an embodiment of evil?"

11. Culzean Castle is said to be haunted by a musical ghost, but what is the spirit said to be?

12. Which member of the team had his neck scratched after going into a room alone to retrieve a camera in the The Red Lion pub?

13. What was the professional of the female ghost that is said to walk the abandoned platform of Aldwych Underground Station?

14. Derek picked up on the spirit of what type of animal at Culzean Castle?

15. What type of ghost did the team encounter at Leap Castle in Ireland?

16. What was the name of the spirit Derek picked up on at the Souter Lighthouse, who is said to be the niece of Grace Darling who famously rescued the survivors of the Forfarshire in 1838?

17. What is the nickname given to the red bearded ghost who haunts Treasure Holt in Essex?

18. At which location did the team encounter the ghost of Joseph Grimaldi?

19. What is the name of the historian who owns Derby Gaol?

20. What could Derek Acorah smell in the engine room of the Souter Lighthouse?