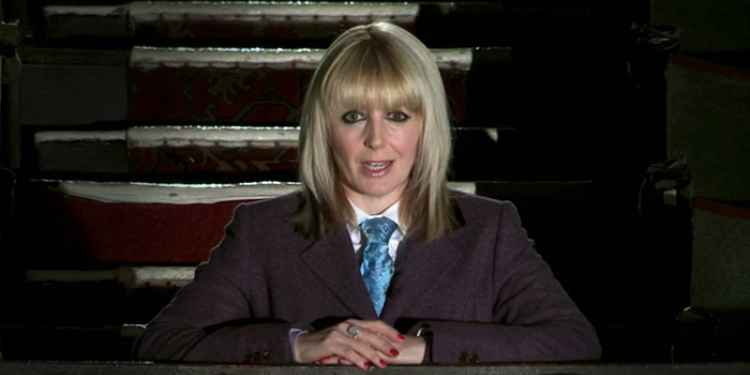 Yvette Fielding returns with a new series of Most Haunted after a four year absence. The series started with an investigation of a tiny little theatre in Bacup with an awful lot of paranormal activity, from negative entities to a plethora of ghost sightings.
The team visited some of their most interesting locations to date, including a network of underground wartime tunnels in Kidderminster and parts of Grade II listed regency house in East Yorkshire that no paranormal research team has ever been allowed into before.
The show returned with some new team members, including a new makeup lady, but one investigation at a museum in Sheffield proved too much for a long-running member of the team who left the show for good after a scare.
How much do you remember about the ten new locations and the show's new team? Test your knowledge with these 20 tricky questions...

1. Who joined the Most Haunted team as makeup lady at the start of series 16?

2. What name was spelt out by the ouija board at The Royal Court Theatre in Bacup?

3. Which band joined the team at their investigation of Newton House in Llandeilo?

4. Which member of the Most Haunted team collapsed during the Newton House investigation?

5. What was caught moving on a locked off camera in the Military Room of Newton House?

6. The team thought they could hear noise coming from what old piece of equipment at Newton House?

7. What did the team climb into to try to escape a foul smell in cells underneath the Galleries Of Justice?

8. Which member of the team was unable to attend the Galleries Of Justice investigation and sent their sister along in their place?

9. The sound of which British monarch had been heard pleading to be released from his cell at Delapré Abbey in Northampton?

10. Who joined Yvette and the team for their investigation of Delapré Abbey?

11. Which member of the team packed up his kit and never returned to the show after a scare at National Emergency Services Museum?

12. What is the nickname given to a ghost who haunted one of the old prison cells at National Emergency Services Museum?

13. How many different ghosts are said to haunt the Ye Olde King's Head in Chester?

14. What kept turning on by itself in one of the guest bedrooms at Ye Olde King's Head?

15. Where did Yvette write the word "hello" during the investigation at Ye Olde King's Head?

16. What was thrown, hitting Yvette on the shoulder, at Drakelow Tunnels?

17. What were Drakelow Tunnels originally used for?

19. The team ventured into a formerly disused floor of Saltmarshe Hall, what did they find as they enter?

20. What objects moved around on their own at Saltmarshe Hall?