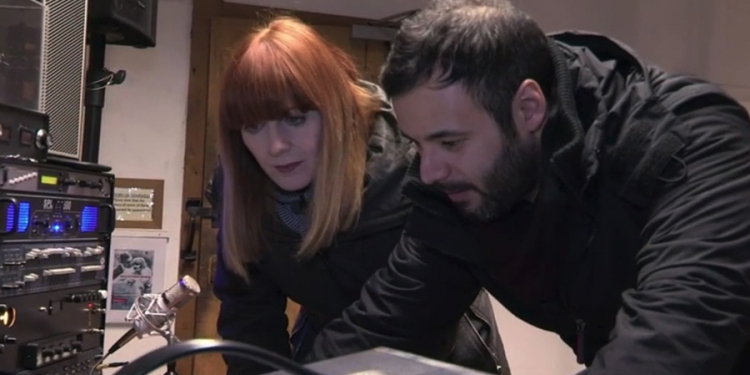 Test your knowledge of the 17th series of Most Haunted and the paranormal antics that Yvette Fielding and the team got up during their investigations of eight more haunted properties around the UK.
Yvette experienced one of her scariest moments to date at Tatton Old Hall in Knutsford, they spend the night in a creepy funeral parlour in Kingston-upon-Hull, and hold séances in some former wartime vehicles at Fort Paull.
The team also investigate Wentworth Woodhouse, the biggest house they've ever investigated, it's so huge that the investigation was split over two parts. Most Haunted also returned Capesthorne Hall in the Cheshire countryside, having visited previously in 2010 as part of the Most Haunted 'Live Series'.
With some of the scariest locations to date and more activity than ever caught on camera, how much can you remember about the series? Test your knowledge with these 20 tricky questions...

1. Which two team members joined the show at the beginning of series 17?

2. What is the name of the new makeup artist on joined the crew in series 17?

3. Which of this occurrences did NOT happen while Stuart Torevell was alone in the toilets at the Tivoli Venue?

4. A negative entity called Tom is said to reside in Tatton Old Hall, but what did he do in life?

5. Which two members of the team were too afraid to even enter Tatton Old Hall on their own?

6. Which member of the team was first to be places inside a coffin at the Annison Funeral Parlour?

7. What object moved of its own accord on the upper floor of Annison Funeral Parlour?

8. Which of these did the team investigate at Fort Paull?

9. What type of 1950s transport plane sits within the walls of Fort Paull?

10. Which member of the team ran out of Fort Paull's underground tunnels screaming after feeling something touch their head?

11. How much of a temperature drop did Glen Hunt recorded with an infrared thermometer which he was pointing at a glass window at Fort Paull?

12. What part of Wentworth Woodhouse is the headless ghost of Thomas Wentworth, the first Earl of Strafford said to haunt?

13. Which two member of the team had a seemingly slam and lock behind them at Wentworth Woodhouse?

15. Who is the most famous ghost who is said to haunt Oakwell Hall?

16. Which member of the team was the victim of Fred Batt's voodoo experiment that he conducted at Knottingley Town Hall?

17. What could Yvette and Glen smell in a small round in the cellars of Knottingley Town Hall?

18. What fell to the floor on its own in the American Room of Capesthorne Hall while Yvette, Karl and Leah were investigating there?

19. What object fell down the stairs while Stuart was alone in the attic apartment at Capesthorne Hall?

20. What did Karl Beattie hear while alone in the same attic room at Capesthorne Hall?