Most Haunted Set To Take Their Experiences To The USA 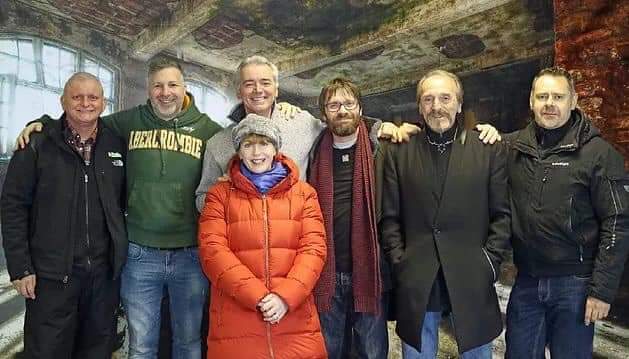 Photo: mosthauntedexperience.com
Most Haunted Experience have revealed plans to take their ghost hunting events overseas. As well as their existing British events, fans will now be able to embark on ghost hunts with the company across America.
The paranormal events company is an offshoot of the long-running paranormal television show 'Most Haunted', fronted by Yvette Fielding. MHE already run ghost hunting events across the UK, giving fans the chance to hunt for ghosts with Yvette and other members of the 'Most Haunted' team.
Over the years MHE has become one of, if not, the most successful paranormal events company in the UK. Their team of investigators welcome on average around 300 guests to their events across the country every weekend, all of which receive fantastic feedback and reviews.
Now the company, which has recently picked up a nomination in the Travel & Hospitality Awards 2020, has revealed they'll be hosting events across America. The first two events have been announced, with the dates of further ghost hunting event throughout 2020 to follow.
The first event takes place in April and gives guests the chance to investigate two locations in one night, the Old Attala County Jail and the Southern Funeral Home. With a history of violence, incarceration, executions and death, it's no wonder these two historic locations are said to be so haunted.
The jail, one of the oldest in the state of Mississippi when it closed in 2016, is said to be haunted by the ghosts of the many former inmates who took their own lives in their cells.
As if the jail isn't scary enough, guests will move on to the nearby Southern Funeral Home where they'll not only search for the building's resident spooks, but will also sleep for the night.
Before its closure, the funeral home had seen over 4,200 souls pass through its doors. Now the two parlours are said to be haunted by the ghost of those who rested there. There have been reports of dark shadowy figures, doors opening and closing on their own, disembodied voices and the eerie feeling that you're always being watched by something evil.
A second event is taking place at the most haunted night club in America, Bobby Mackey's Music World in Kentucky in May. The notoriously haunted venue is built on what was originally the site of a slaughterhouse and is said to be haunted by the ghost of a woman named Pearl Bryan. She was 22 years old and pregnant when she was murdered, her body was found in a field near the venue - although no connection between Bobby Mackey's and the Pearl Bryan murder has ever been established. So, it's up to you to discover who or what haunts the nightclub.
Although these first two events won't include a celebrity ghost hunter from the television show, the team will be heading stateside to meet American fans later in 2020. They currently plan to spend two to three weeks travelling from state to state hunting spooks with the public as they go.
MHE's events manager Jenny Bryant said, "I am so proud of what we have achieved so far with the brand. We have taken the UK by storm and are now taking this success overseas to our American fans. It's all very exciting."
Those in the UK who love joining the stars on ghost hunts shouldn't worry. Events this side of the Atlantic will continue as normal with more and more locations being added to cope with demand.
The new US events with be run with the support of MHE's friends across the pond. They'll be run under the Most Haunted Experience brand by a network of 20 establish American paranormal teams.
To book your ghost hunting experience with Most Haunted in the US and to find more information as new events and locations are added, visit the official Most Haunted Experience website.

Have You Read Yvette's New Book Yet?