Most Haunted's 10 Most Unusual Paranormal Locations

This article is more than three years old and was last updated in November 2019. 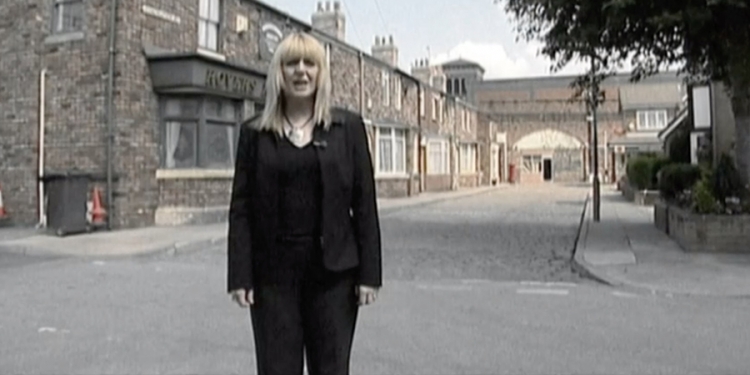 Yvette Fielding and her team of ghost hunters first started visiting some of the country's most notorious paranormal hotspots back in 2002.
The team have visited stereotypical haunted mansions, creepy castles and abandoned buildings, and having filmed at more than 350 locations in the UK and around the world. So, it's no surprise that they've been to some pretty unique locations along the way too.
Amongst the more unusual locations are places you'd never expect to encounter the supernatural, like at a 19th century steamship, a nightclub, a transport hub and a famous television set.
Below are ten of the most unassuming haunted locations that the Most Haunted team have visited through the course of filming for the show... 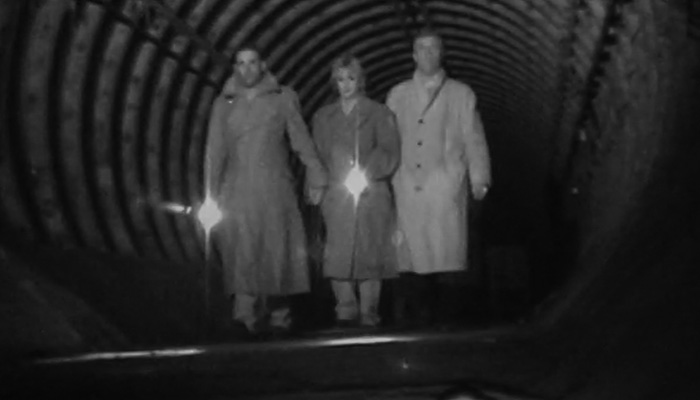 Commuters rushing through London's busy underground network might not stop to think about what strange happenings could be going on down in the darkness. The tunnels aren't without their creepy stories as Yvette and the team found out in the show's first series.
Whilst filming in the now disused station, which originally opened in 1907, the show's resident spiritualist medium Derek Acorah made contact with a ghost called Margaret. It's believed she is the spirit of an actress who performed in the Royal Strand Theatre, which originally occupied the site of the station. Her ghost has been spotted by many passengers and London Underground staff over the years. 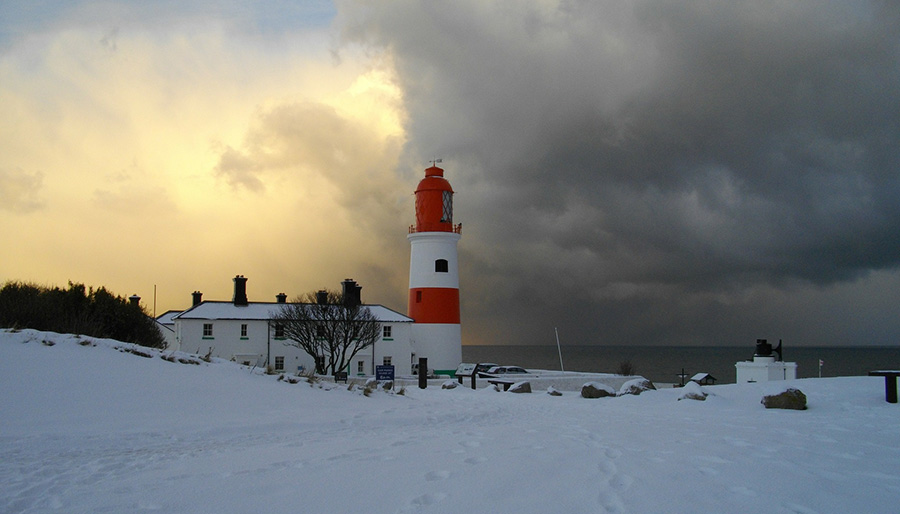 Photo: pixabay.com
A 75 feet high lighthouse has to be one of the most unusual places to embark on a paranormal investigation, but that didn't stop Yvette and the gang going in search of the many resident ghosts, including the spirit of a former lighthouse keeper there.
During their investigation, Derek picked up on the name Isabella and attributed the poltergeist activity at the lighthouse to her. She is believed to be the former resident Isabella Darling, who lived in the lighthouse from 1881.
Staff have witnessed items going missing, seen shadowy figures out of the corner of their eye, heard unexplained sounds and even seen the figure of a man who appeared to be wearing an old lighthouse keeper's uniform. 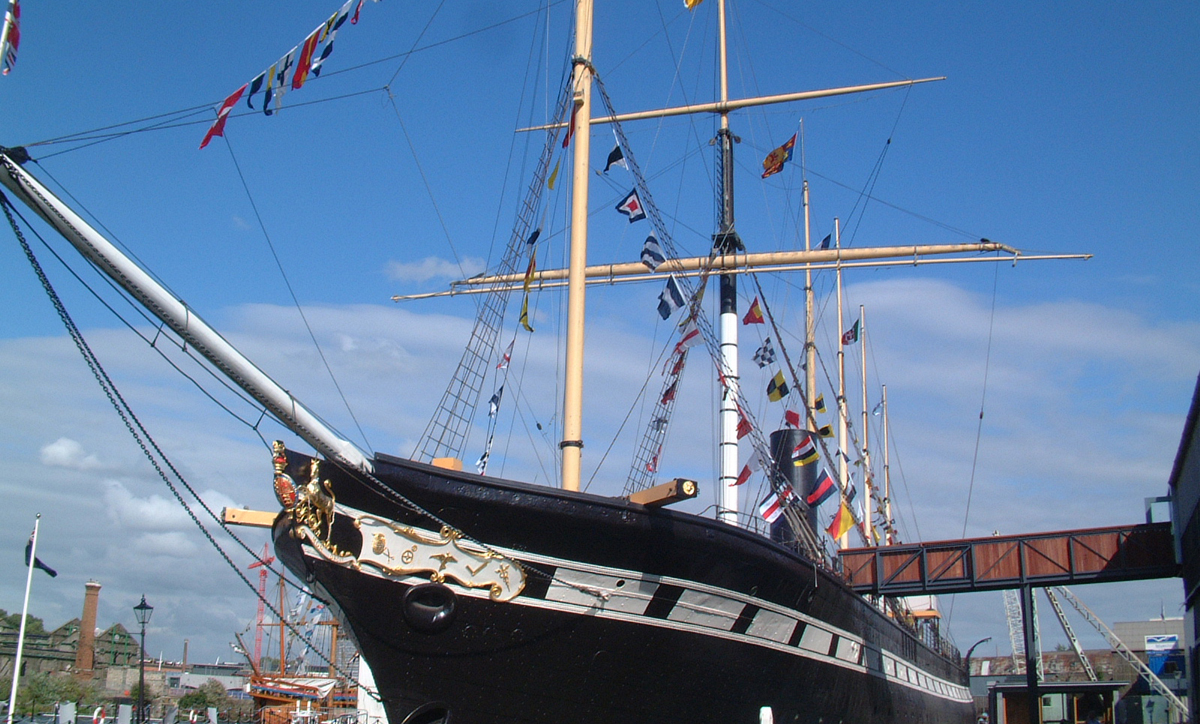 When the SS Great Britain first set sail in 1845, its designer Isambard Kingdom Brunel could have never imagined that more than 150 years later it would be being scrutinised by a team of paranormal investigators, after all, it's not often you hear stories of haunted boats. However, the steamship is so haunted that Yvette once described it as one of the top five most haunted places she'd ever visited.
Today the ship is a museum and one of the city’s most popular tourist attractions, but during its 41 years of service it spent its time shipping passengers between Bristol and New York. Its most re-told haunting is that of Captain John Grey, who vanished one night after falling ill during a voyage. Since then passengers have reportedly heard the heavy foot steps of his hobnail boots as he walks across the deck, accompanied by sights and sounds of doors opening and closing and even a self-playing piano. 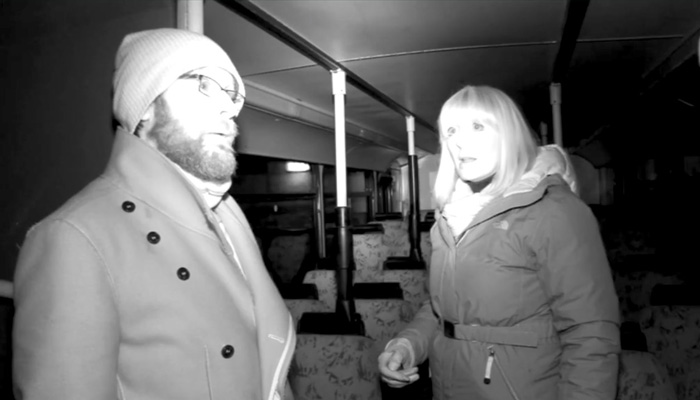 A bus museum is far from the stereotypical haunted location, but the museum in Keighley, Yorkshire proved to be a spooky location for Yvette and the team in 2017.
What makes Keighley Bus Museum so unique is that the museum is packed full of old buses from every era, each one has its own history and story. A lot of the vehicles are past their best and are now in a state of disrepair making them all the more creepy.
If that wasn't enough, the depot was formerly a foundry and it too has a very grim past with stories of suicide, accidental death and of course, plenty of ghost stories. 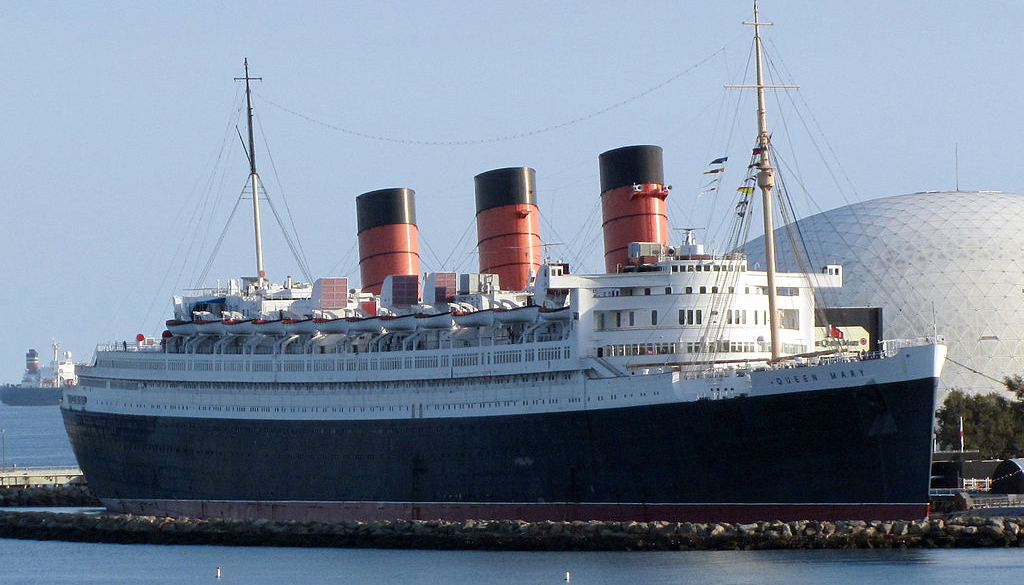 Photo: © David Jones
In 2005 the team conducted their first ever transatlantic ghost hunt on board an allegedly haunted British ocean liner, The Queen Mary. The ship last docked 40 years ago at its final resting place, the port of Long Beach, California. Joined by Derek, Yvette and the team investigated the scary cruise liner and found evidence that victims of the ship's past still roam its decks. 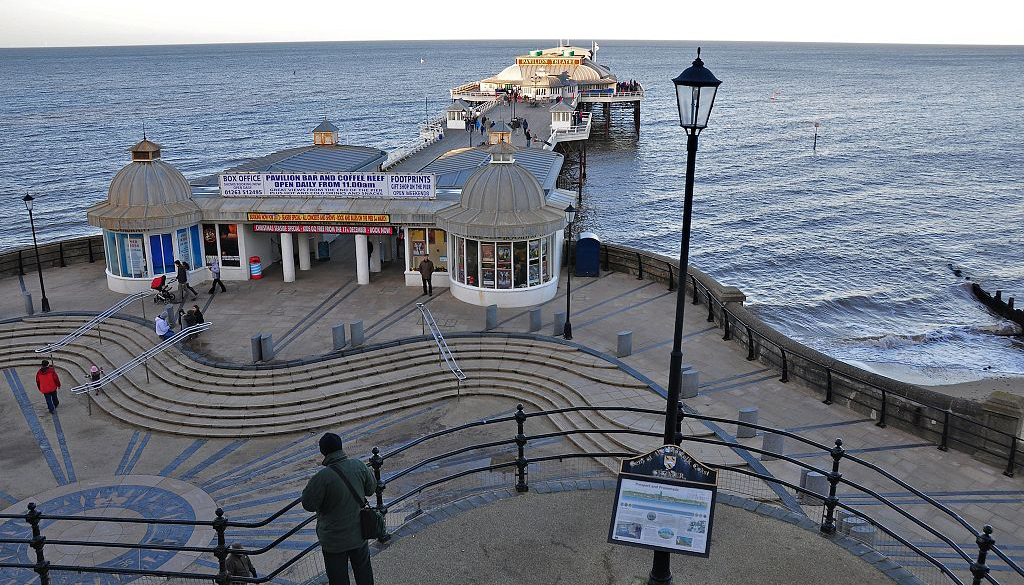 Photo: © rodtuk
From a boat that travels on water to a pier that spans water. There can't be many haunted piers around the world and even with so many investigations under their belt, the Most Haunted team have only ever visited one, the Grade II listed seaside pier in Cromer on the north coast of Norfolk. The pier is said to be home to reports of ghostly activity, including men in medieval rags and restless boatmen roaming the shore line. 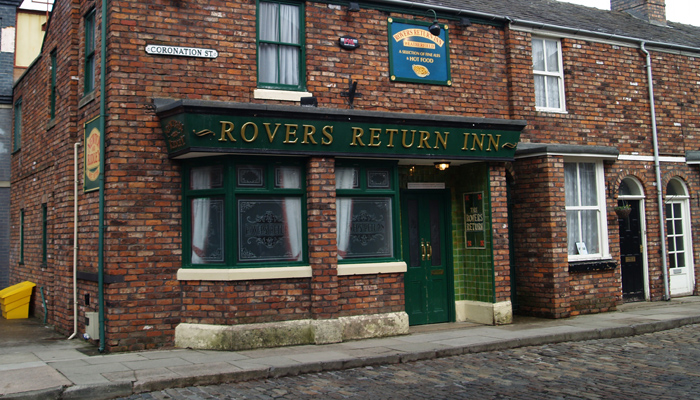 In 2005, the Most Haunted team visited one of the country's most famous streets to search for spooks on its cobbled road. The famous Coronation Street set, which has since been demolished and replaced by a larger set, was built within the Granada Studios complex in Manchester and made for a unique investigation venue.
In the episode, the show's resident historian and ghost expert Richard Felix talks about the hauntings. At the time the episode was filmed, the studio had only been at the location for about 20 yers so Richard thinks that whatever haunts it goes back further to the land's original use.
Richard says, "just across the road was the church of St. John's, and I've actually found a plaque in the park which states that on that site were buried over 22,000 bodies in the graveyard and they most definitely stretched over here on to the site where Granada Studios are now."
Apparently, Corrie actors have reported supernatural occurrences on the old set for years, many believing it to be the ghost of Pat Phoenix who played Elsie Tanner in the soap before her death in 1986. Even the famous bar in the iconic Rovers Return is said to be haunted, many actors reporting being touched or pushed in this area of the studio. 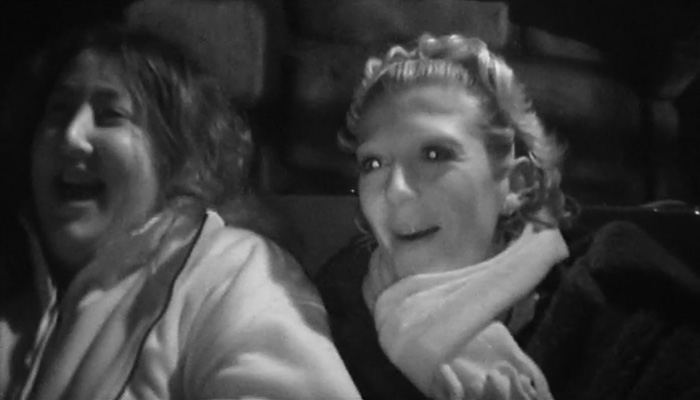 A theme park conjures up images of fun and games and seems a world away from the gothic towers of a classic haunted house, but the historic Pleasure Beach in Blackpool is said to be a hotbed of poltergeist activity, so Yvette and the team just had to go along and see for themselves.
The team experience two separate and unexplainable paranormal incidents during their time there and the team were so impressed by the activity, that in 2004 they returned for a live show at Christmas as part of an investigation of the wider area. 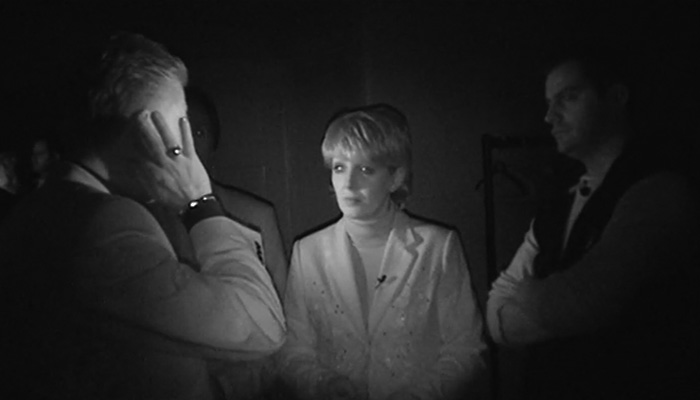 Another odd location for a ghost hunt is a nightclub, the last thing on clubbers minds while they're drinking, dancing and trying to pull is the paranormal. Caesar's is one of the largest nightclubs in London, and was constructed in 1928.
At the time Yvette and co visited, the club on Streatham High Street, was owned by Fred Batt, who went on to become a regular member of the show's cast. During the investigation the team connected with the ghost of Ruth Ellis, a former member of staff and the last woman to be hanged in the UK. Her spirit has been seen wandering the building and through a fire exit. Doors are also said to open and close on their own. 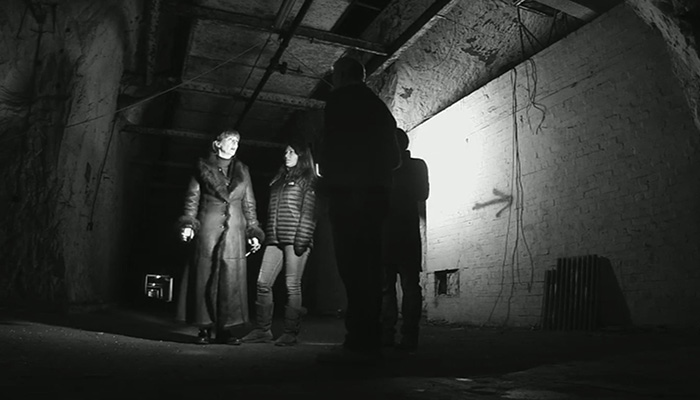 In 2014, the team investigated the paranormal activity in a network of dark and haunted underground wartime tunnels in Worcestershire. What makes Drakelow so unique is its distance below ground and lack of windows, which means it is void of all external stimuli, there's no draughts, no sounds from the outside world, no phone signal, and absolutely no natural light at all.
The tunnels are also said to house plenty of ghosts. Noises, disembodied voices, cries and poltergeist activity are the main phenomena. One ghost of a past worker is said to physically push guests.
The hauntings are said to be made worse by the fact that some of the tunnels were excavated under a medieval burial site. It's claimed that a spiritual guardian of the graves takes a dislike to anyone who enters.
Thanks to super fan and super awesome Kerry for helping to put this list together. 🖤
For reviews of all of the new episodes, plus highlights and evidence from the shows, and to find out when Most Haunted is on next, visit the Most Haunted episode guide.