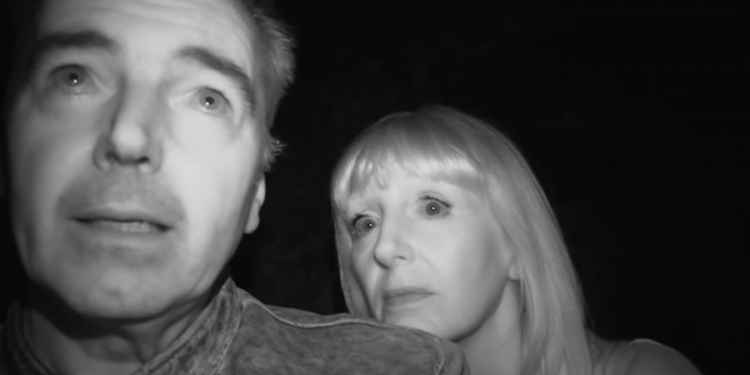 There's been a lot of change for 'Most Haunted' this year but fans have stuck by Yvette Fielding and the team behind the long-running ghost hunting show, and thanks to their votes have bagged the show four Paranormal Entertainment Awards.
The show picked up the gold award in every category it was nominated in, including Best Paranormal Reality Show for a second year running, where it was up against Zak Bagan's 'Ghost Adventures' which won the silver award.

Wonderful!! Thank you to all who voted. Very honoured xxxx

There was also gold awards for Yvette and her husband Karl Beattie, who won in the Best Female Ghost Hunter and Best Male Ghost Hunter categories, both securing victory for a second year in a row. Karl fought off tough competition in his category, including from his fellow 'Most Haunted' co-star, demonologist Fred Batt who was also nominated.
Most Haunted Experience also picked up a gold award in the Best Paranormal Events Team category. MHE is an off-shoot of the show, that gives fans the chance to go ghost hunting with the stars from the TV at various haunted locations across the country.
Over the years MHE has become one of the most successful paranormal events company in the UK. Their team of investigators welcome on average around 300 guests to their events across the country every weekend.

Huge thanks to all who voted...so proud..
And huge thanks to @Higgypop for running these awards xx https://t.co/3SbnYYwK4u

The year started well for 'Most Haunted' with the show returning with ten new episodes on the Really channel in January, including an as-live special from Eden Camp Museum in Malton.
Since then the show's executive producer, Karl, has told fans that in the future 'Most Haunted' will be moving away from traditional television in favour of more flexible methods of content delivery, such as online streaming platforms.
This hasn't stopped Yvette, Karl and the rest of the team bringing fans of the show new ghostly content via their newly launched YouTube channel, and in October the changes gave them the freedom to embark on the first 'Most Haunted Live' over Halloween in recent years, which for the first time in almost a decade had a live studio audience along for the ride.
The special was streamed live on the night of Halloween from the abandoned, decaying and haunted old police station and courts in Accrington. Yvette was joined by the show's full team, including Mary Beattie who first appeared on our screens in the previous series of the show.
Yvette kicked the event off in front of the excited audience in courtroom one, one of the building's most haunted locations. As well as searching for the spirits that haunt the building, the team also conducted a couple of paranormal experiments, including opening a cursed dybbuk box in front of the audience.
Yvette's done more than just ghost hunting in 2019. Earlier in the year she released her first ever children's book, 'Archie The Ghost Hunter: And The Rising'. The book is not only based on Yvette's career in the field of the paranormal, but also her love for the type of lifestyle only a small Cornish coastal village can offer.
Yvette's knowledge of the paranormal clearly shines through in this book. The story gently introduces the reader to supernatural concepts without drowning them in ghost hunting jargon. The book mentions such paranormal phenomenon as cold spots and unexplained icy blasts of air, disembodied footsteps and knockings, and the idea of paranormal portals to other realms.

I just wanted to say a huge thank u 2 all of u who voted 4 us in this years @Higgypop Awards. 2 win so many & in these important categories is truly humbling and immensely appreciated. You are the best fans in the world words alone cannot express our gratitude. We love you all x pic.twitter.com/ZgS0Jx6ZbQ

Of course, 'Most Haunted' weren't the only winners in this year's awards. The annual online event racked up almost 60,000 votes from fans of the paranormal, voting across the 15 categories, including everything from individual ghost hunter, through to movies, TV shows and haunted locations.
You can see the full list of silver and gold winners here.