My Unexplained Sighting On My First Ever Ghost Hunt

This article is more than six years old and was last updated in September 2021. 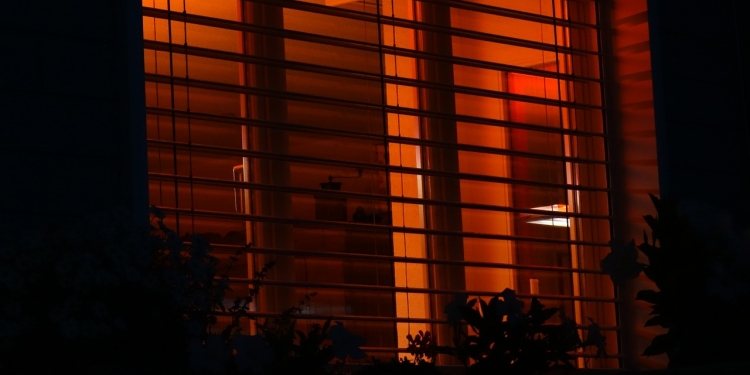 In October 2004 I went on my first ever ghost hunt with a Swindon-based group of investigators who were part of the National Lottery funded group, Paranormal Site Investigators.
My friend, Gary had asked them to come to his house to carry out an investigation and he knew I was interested so he invited me along.
Gary believed his house was haunted and there seemed to be a spike in spooky activity when they made any alterations to the house. They believed it to be the ghost of a former resident of their old farm house.
I have to say, the ghost hunting team were a bit odd, there were four of them but they were very professional. They all showed up in branded t-shirts with their logo and name on them.
They were kitted up with two camcorders, one which they set up on a tripod facing the stairs, where Gary had seen the ghostly figure of a man in the past. They placed a ball on one of the steps as a trigger object to tempt any spirits. The ball had apparently rolled across the floor on its own last week.
The other camcorder they used as a roaming camera to film evening's events. They also had a little night light and an EMF meter.
The evening was started off with a séance, lead by Nicky, the lead investigator from the PSI team. They had placed an old photo of a man taken outside the house in the middle of the circle, they believed it was the spirit of this man who is now haunting the house.
During the séance, several of the team said they felt breathing on their hands - I couldn't say the same. Then one of the team excitedly said "Gary, put the camera on Steve, I think I see something behind him" so I had to sit there awkwardly with the camera on me for a while. The only thing I noticed was a drop in temperature in the room, others said the same but that could have been our imaginations as we didn't have any temperature measuring equipment to back that up.
We then broke off into pairs to do 'Most Haunted' style vigils in three different rooms of the house where things were said to have happened, the living room, the bedroom and a corridor at the back of the property.
The vigils were quite well coordinated, each pair was given a notebook and pen and a timer. We were told to note down anything we saw of heard and the time but also to write if we accidentally made any noises so other groups could rule that out.
Me and Gary took the living room first, we sat in silence in the dark for an hour but at the end of it the page in our notebook was blank. We then swapped with another pair and went to the bedroom for an hour, again there was nothing to report. Then for the final hour we covered an uneventful corridor.
As each vigil was an hour long, it was about 1am by the time we'd all covered each of the three areas. Although none of the groups had anything significant to report, it was decided that we should all focus on the living room.
This time we took a different approach and we sat and chatted and told jokes for half an hour to create a more natural environment, perhaps this would provoke a spirit to interact with us.
During this time we had the lights on low, I looked towards Nicky and on the wall to her left I saw a red light, it looked like a break light reflecting on glossy paint. I wasn't going to say anything about it at the time as I assumed it was the light from someone's camera, some do shine coloured light to focus and there were plenty of photos being taken that night.
But then Nicky said she could see a red light upstairs, then both disappeared. The lights only lasted about three seconds but I clearly saw it.
After we tried to find a source of the light. My thought that it looked like a reflection in gloss paint was false as the door frame to the left of Nicky's head had a matt finish. We checked all of the cameras, none of them projected a red light.
We checked all of the electronic devices in the room like TVs but none of the LEDs these devices had were bright enough to even light my hand up at anything more than 10cm distance.
The light looked like the colour of a car's break light but no light could have got in from outside because of the location of the house at the end of a little private lane. There was no direct line of sight from where I saw the red light and where Nicky saw it upstairs and she couldn't have been lying as she mentioned it before I did without knowing I had seen the same light.
I checked everything I could think of and could not reproduce the light or figure out what its source was.
So, it may not have been a headless horseman, but on my first ever ghost hunt I did experience something I truly can't explain.
Tags:
paranormalghostsghost hunts