Scary Films & Series To Watch On Netflix This Halloween 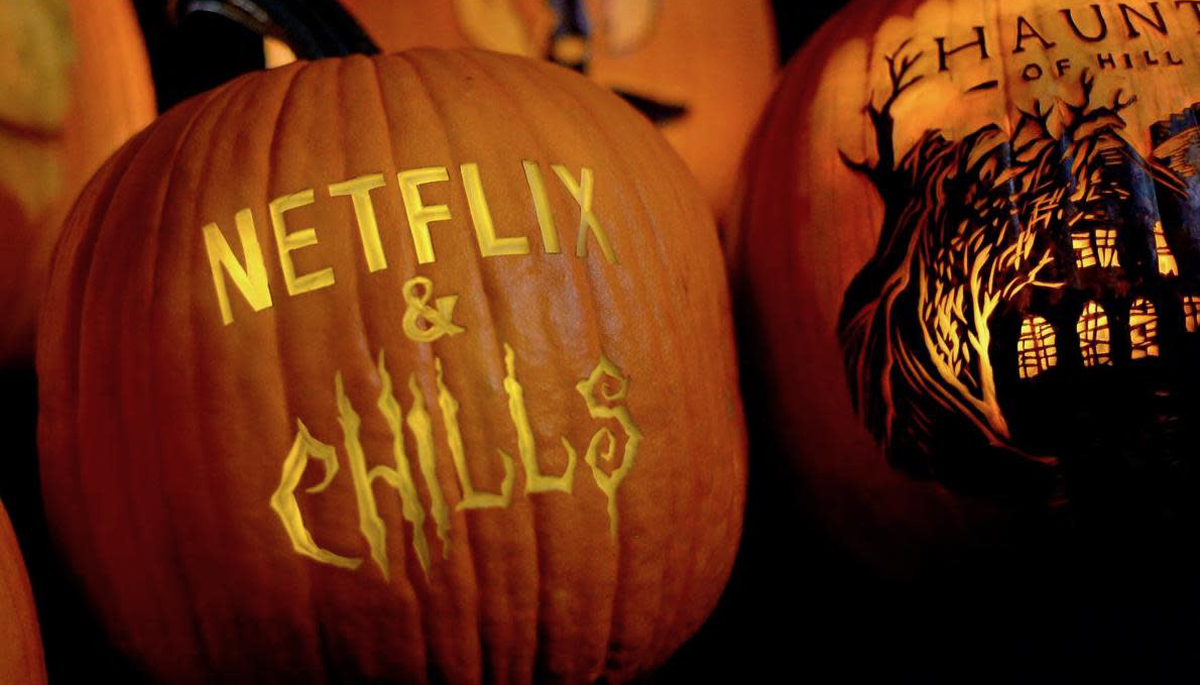 Netflix have announced their Halloween offering, a mix of supernatural series, thrillers and terrifying horrors which they're calling Netflix & Chills.
The streaming giant's lineup includes the terrifying 'No One Gets Out Alive', the second season of the supernatural show 'Locke & Key', plus the new series from 'The Haunting Of Hill House' creator, Mike Flanagan.
The Netflix & Chills frights begin on September 8 with the second season of 'Into the Night' and continues throughout September and October with the movie, 'Hypnotic' being added to the platform a couple of days before Halloween night.
As well as scary films and series, there's also Halloween fun for all the family including 'Scaredy Cats', 'A Tale Dark & Grimm' and 'Sharkdog's Fintastic Halloween' - all streaming from early October.

Available September 15
When Alex (Winslow Fegley), a boy obsessed with scary stories, is imprisoned by an evil witch (Krysten Ritter) in her contemporary New York City apartment, he meets Yasmin (Lidya Jewett), who is also trapped there, and learns he must tell a new scary story every night in order to stay alive.

Available September 22
After a deadly break-in at a couple’s new dream home, the traumatized wife searches for answers — and learns the real danger is just beginning.

'No One Gets Out Alive'

Available September 29
Ambar is an immigrant in search of the American dream, but when she's forced to take a room in a boarding house, she finds herself in a nightmare she can't escape.

'There's Someone Inside Your House'

Available October 6
Makani Young has moved from Hawaii to quiet, small-town Nebraska to live with her grandmother and finish high school, but as the countdown to graduation begins, her classmates are stalked by a killer intent on exposing their darkest secrets to the entire town, terrorising victims while wearing a life-like mask of their own face. With a mysterious past of her own, Makani and her friends must discover the killer’s identity before they become victims themselves. 'There's Someone Inside Your House' is based on Stephanie Perkins' New York Times best-selling novel of the same name. 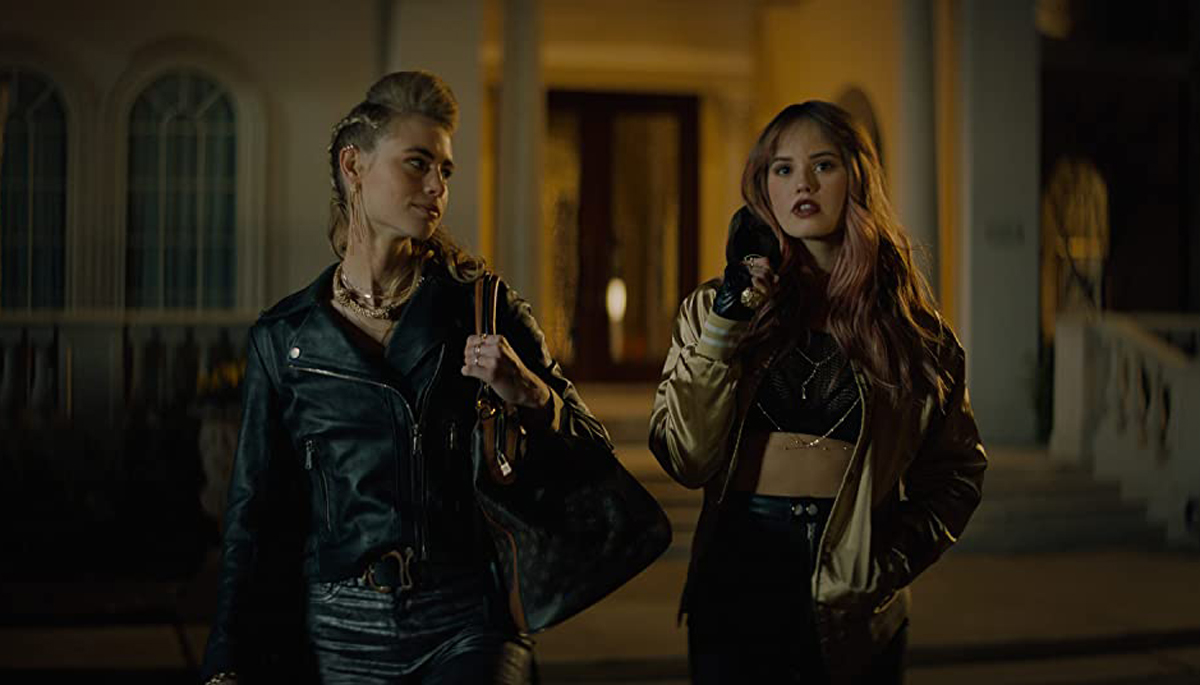 Available October 20
A college student moonlighting as a chauffeur picks up two mysterious women for a night of party-hopping across LA. But when he uncovers their bloodthirsty intentions — and their dangerous, shadowy underworld — he must fight to stay alive. 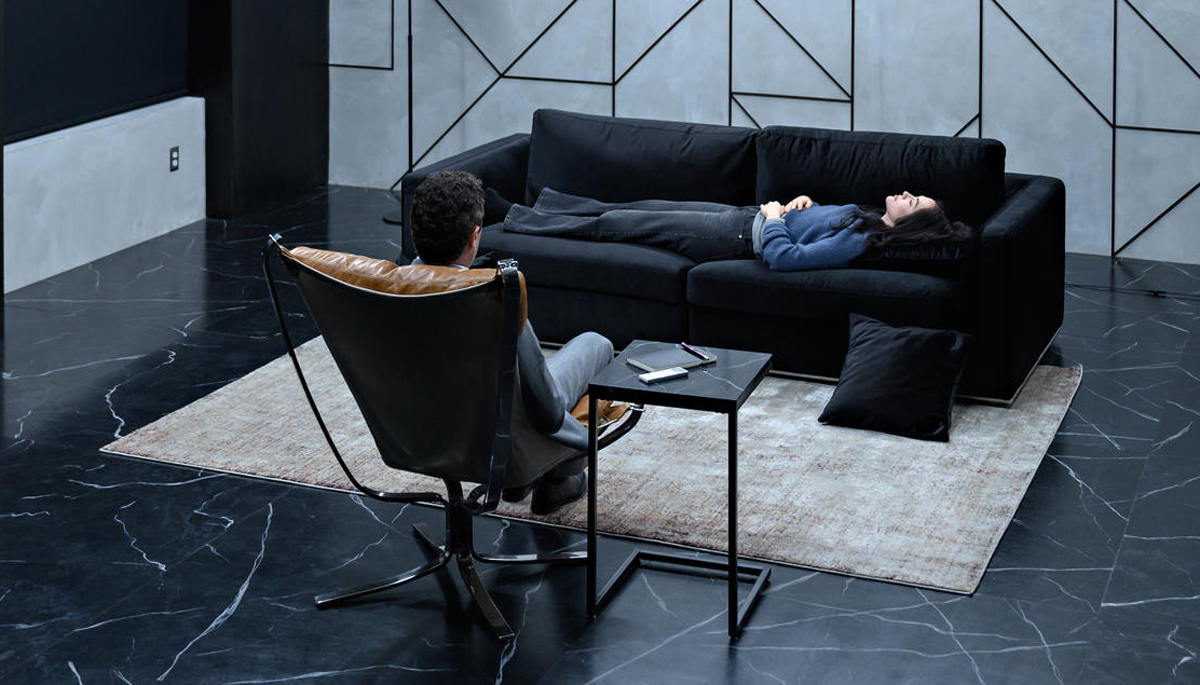 Available October 27
A young woman seeking self-improvement enlists the help of a renowned hypnotist, but after a handful of intense sessions, soon discovers unexpected and deadly consequences.

Available September 24
From 'The Haunting Of Hill House' creator Mike Flanagan, 'Midnight Mass' tells the tale of a small, isolated island community whose existing divisions are amplified by the return of a disgraced young man (Zach Gilford) and the arrival of a charismatic priest (Hamish Linklater). When Father Paul’s appearance on Crockett Island coincides with unexplained and seemingly miraculous events, a renewed religious fervor takes hold of the community - but do these miracles come at a price?

'Into the Night' Season 2

Available September 8
While we leave our Flight 21 passengers at the end of season one having finally found refuge from the sun in an old Soviet military bunker in Bulgaria, unfortunately their respite is cut short when an accident ruins part of their food supply. Suddenly chased back out above ground, they must travel to the Global Seed Vault in Norway as a desperate attempt to secure their survival. But they are not the only ones with that idea… In the name of the greater good, our group will have to split up, play nice with the hosting military crew, and make sacrifices in a race against time.

Available September 10
This is it, the final season of Lucifer. For real this time. The devil himself has become God… almost. Why is he hesitating? And as the world starts to unravel without a God, what will he do in response? Join us as we say a bittersweet goodbye to Lucifer, Chloe, Amenadiel, Maze, Linda, Ella and Dan. Bring tissues.

Available in October
After their father is murdered under mysterious circumstances, the three Locke siblings and their mother move into their ancestral home, Keyhouse, which they discover is full of magical keys that may be connected to their father's death. As the Locke children explore the different keys and their unique powers, a mysterious demon awakens — and will stop at nothing to steal them. From Carlton Cuse ('Lost', 'Bates Motel') and Meredith Averill ('The Haunting Of Hill House'), Locke & Key is a coming-of-age mystery about love, loss, and the unshakable bonds that define family. Locke and Key on Netflix is the television adaptation of the best-selling comic book series by Joe Hill and Gabriel Rodriguez for IDW Entertainment and returns this October for season two.

Available September 29
From the creator of 'The Killing', 'The Chestnut Man' is set in a quiet suburb of Copenhagen, where the police make a terrible discovery one blustery October morning. A young woman is found brutally murdered in a playground and one of her hands is missing. Next to her lies a small man made of chestnuts. The ambitious young detective Naia Thulin (Danica Curcic) is assigned to the case, along with her new partner, Mark Hess (Mikkel Boe Følsgaard). They soon discover a mysterious piece of evidence on the chestnut man - evidence connecting it to a girl who went missing a year earlier and was presumed dead - the daughter of politician Rosa Hartung (Iben Dorner). 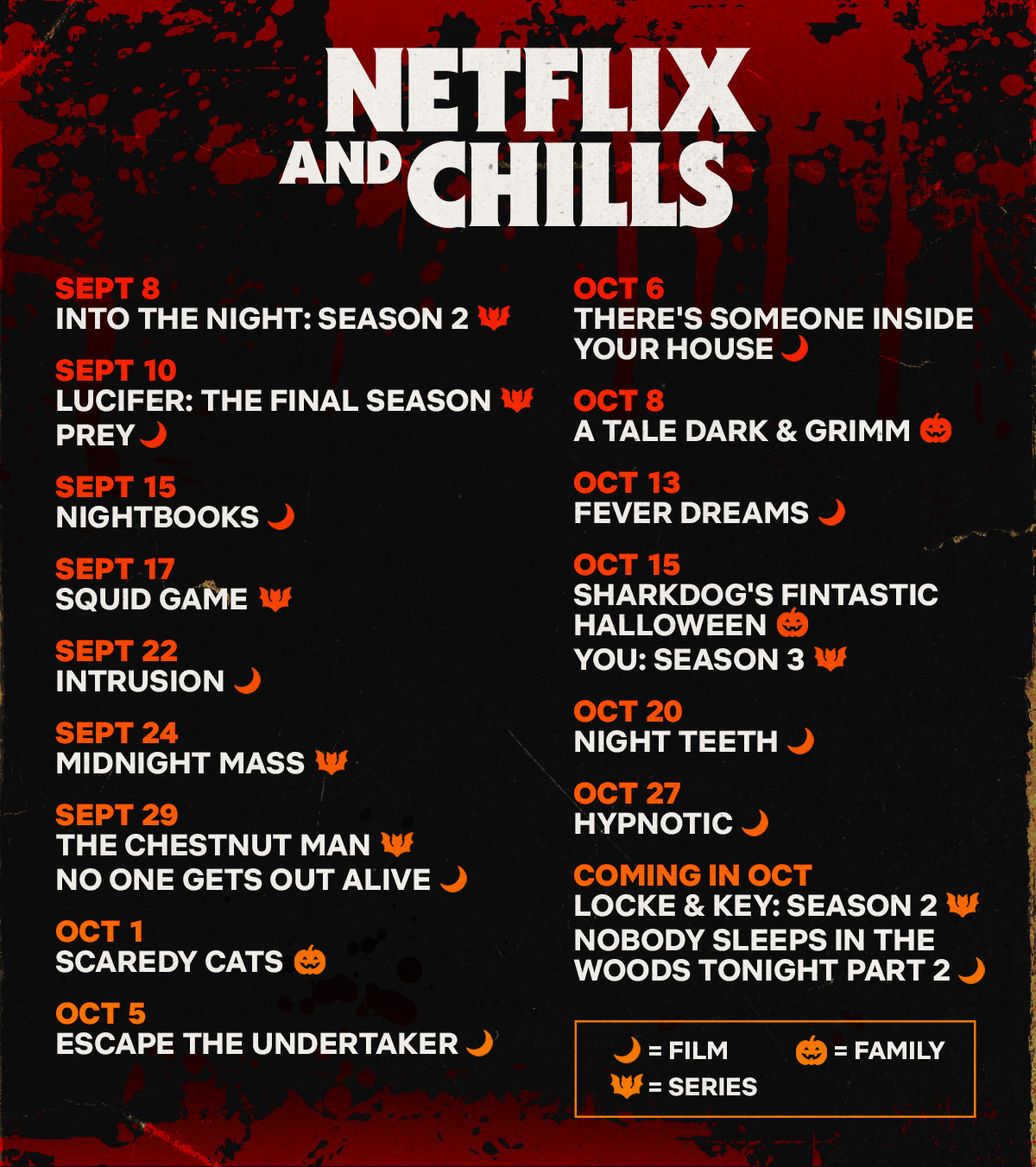