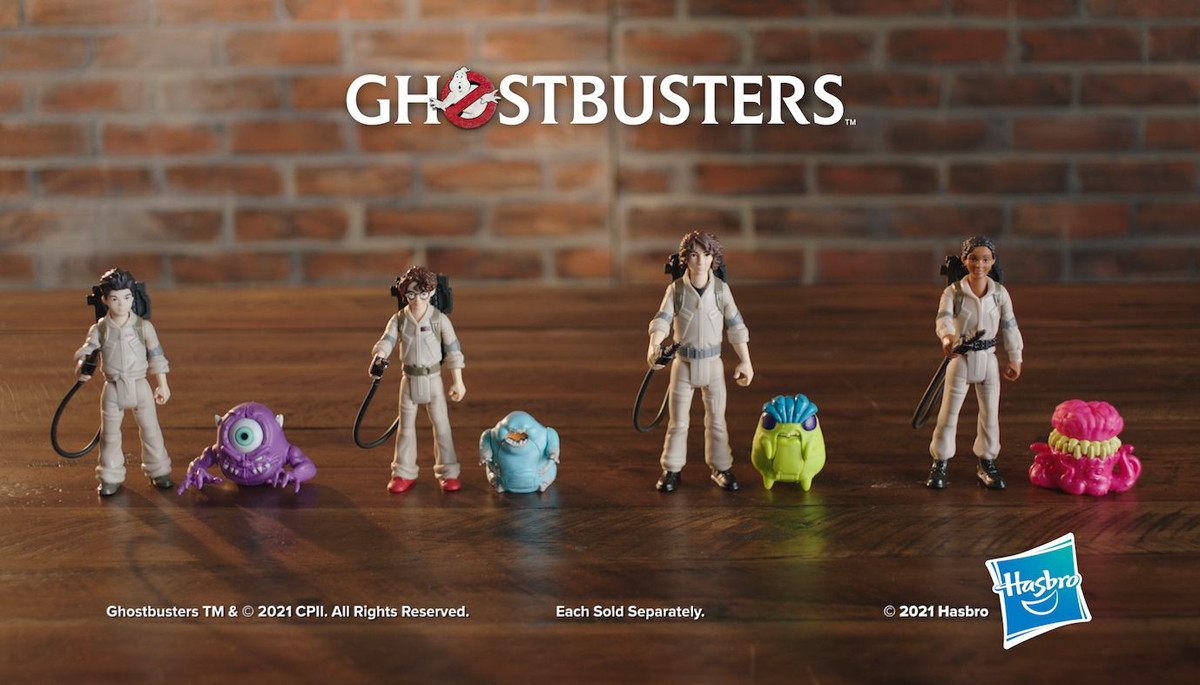 Photo: © Hasbro
A new line of official toys from Hasbro include three action figures of Peter, Ray and Winston wearing their Ghostbusters uniforms, does this mean they'll be donning their famous jumpsuits again in the new movie?
The toy manufacturer recently revealed their new product line to compliment 2021's 'Ghostbusters: Afterlife', which sees a new generation of ghost hunters rise to the challenge of saving the world from mischievous spooks.
The four new kids on the block are brother and sister Phoebe and Trevor, played by Mckenna Grace and 'Stranger Things' Finn Wolfhard, plus their classmates "Podcast" played by Logan Kim, and "Lucky" played by Celeste O'Connor.
Phoebe, Trevor, Podcast and Lucky have each been immortalised as incredibly detailed action figures, each with their own iconic jumpsuits and proton packs. 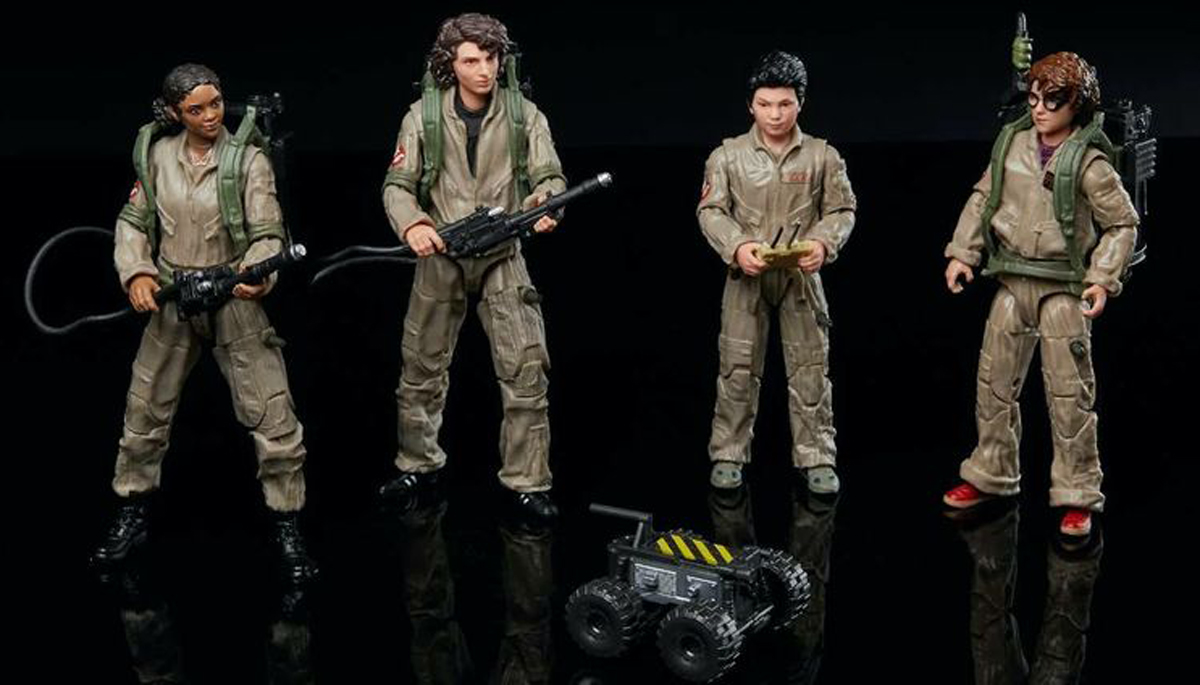 But the big surprise in the announcement was that there are a few familiar albeit older faces in the range. New figures representing Peter Venkman, Ray Stantz and Winston Zeddemore have been revealed.
It's no surprise that Bill Murray, Dan Aykroyd and Ernie Hudson are reprising their roles, we've known this for a little while, but we thought the kids were going to be in charge of the ghost busting. If these figures depict genuine scenes from the new movie then it means that we might see the boys in grey back in action in Jason Reitman's film.
This could be the case since the action figures show Pete, Ray and Winston at their present-day age, suggesting that these aren't just new versions of retro toys. Plus there's a notable member of the lineup missing, Egon Spengler. He doesn't have a new figure as he's obviously unable to appear in 'Ghostbusters: Afterlife' having passed away in 2014. 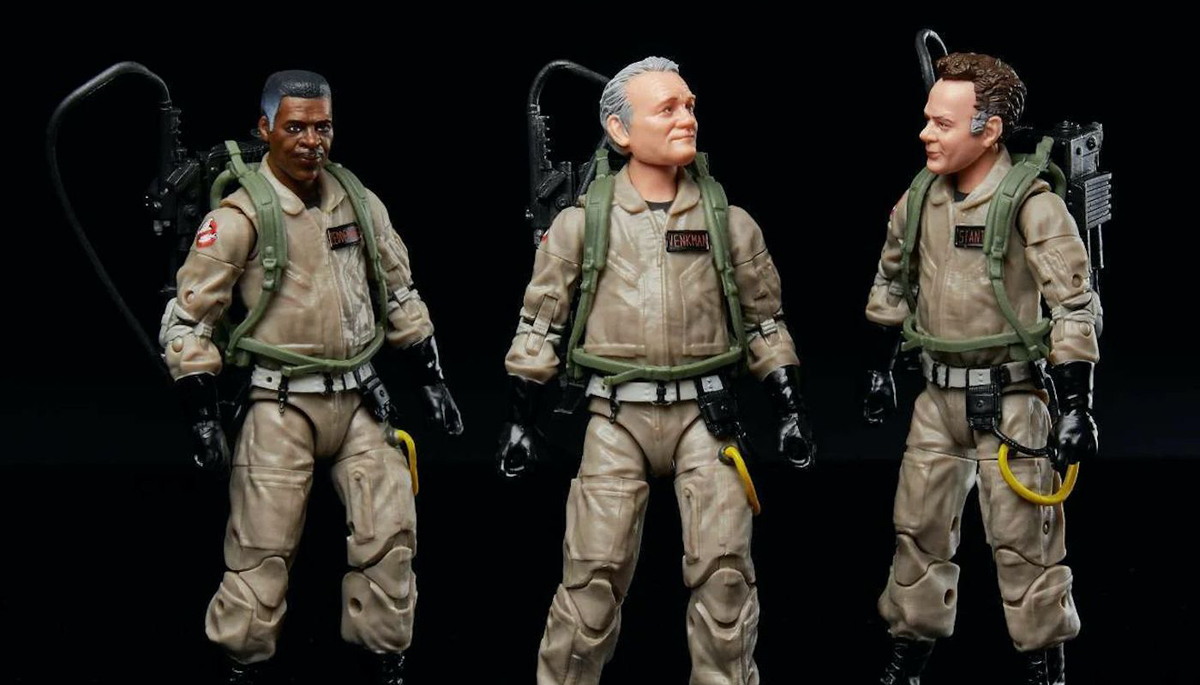 As well as Hasbro's six-inch Plasma series action figures, the range of toys also includes models of several of the ghosts that will feature in the film, a Ghostbusters Nerf gun that shoots Stay Puft Marshmallow bullets, a themed version of the board game Clue, and remote controlled ghost trap on wheels, like the one used by the kids in the upcoming movie.
The movie will follow the story of Phoebe and Trevor, Egon's grandkids, as they uncover his forgotten legacy and battle a series of paranormal events that seem to be emanating from an old mine in the rural town they live in. As well as three of the original Ghostbusters, Annie Potts will reprise her role as Janine Melnitz, and Sigourney Weaver returns as Dana Barrett.
Ghostbusters fans will finally get to see Jason Reitman's extension to the Ghostbusters universe, which also stars Paul Rudd and Carrie Coon, when the film lands in cinemas on November 11, 2021. 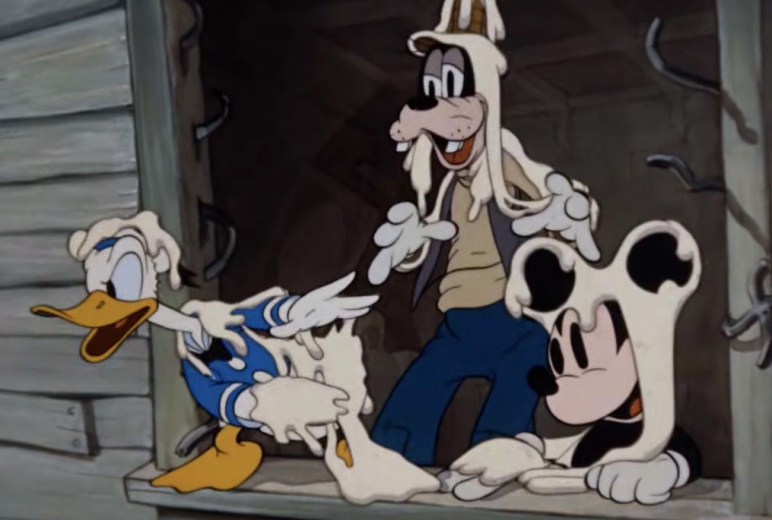