New Horror Movie Based On The Haunting Of Margam Castle 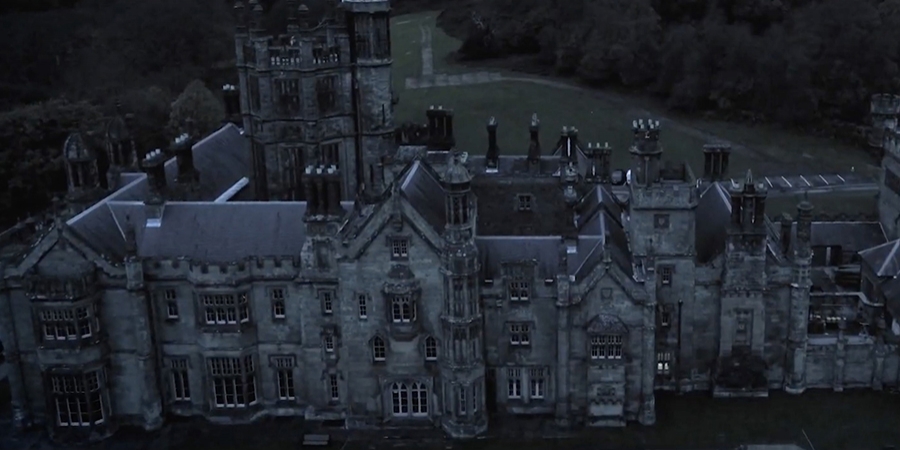 Photo: youtube.com
When you think of movie locations, Port Talbot in South Wales probably doesn't come high on that list, but one of the area's most famous haunted landmarks serves as the setting for a new supernatural horror movie.
'The Haunting Of Margam Castle' was shot on location at the sprawling castle, which is said to be one of the most haunted in the UK. The land it is built on has a grim history that spans over 4,000 years, with tales of death, despair and a family curse.
The British film, directed by Andrew Jones, stars Amy Quick, Ashton Spear and Caroline Munro, who previously appeared in the 1977 Bond movie 'The Spy Who Loved Me'.
'The Haunting Of Margam Castle' is due for home release on September 1 in the USA and a month later here in the UK, just in time for Halloween. It follows an American research who travel to Wales to research the castle's reported paranormal phenomenon and unexplained deaths.
The team, led by Professor Annie Holzer (Amy Quick) and Doctor Daniel Barron (Ashton Spear), plan to conduct a series of paranormal experiments, but when night falls at the castle the research team's study goes awry and they're forced to fight for their lives when they incur the wrath of the vengeful spirits who live within the walls of Margam Castle.
It's not known how much of the castle's real life ghost stories influenced the writers Robert Graham and Andrew Jones, but there are plenty that the production team could have picked from. The reports of hauntings go back centuries, with claims of dark ancient spirits roaming the castle and grounds. Visitors have reported seeing cloaked figures in the grounds, apparitions on the staircase and dark shadowy figures on the upper floor. Many have also picked up on a negative and oppressive presence throughout the castle.
Perhaps the most frequently reported spook seen at the castle is the ghost of Robert Scott. In life he served as the castle's gamekeeper for many years until he was murdered by a local poacher. Ever since Scott has been seen walking up the steps to the castle's entrance.
Stories often emerge of paranormal activity when movies are shot at haunted locations and we wonder if this might have been the case for 'The Haunting Of Margam Castle' too, because the land the castle is built on his said to be cursed. The legend states that a hex was put on the grounds after Christopher Mansel Talbot used parts of the dismantled abbey which once stood on the land to build the castle.
It's said that the curse has brought tragedy onto the the family and ruined the Talbot line, who all died out, their wealth was squandered and eventually the castle was put up for auction in 1941.
As well as being filmed on location at the castle, the production also visited other locations in South Wales, including Llanthony Secunda Manor in Caldicot, the Rock & Fountain pub in Penhow, Glyn-Yr-Mur Farm in Aberdulais, Neath Town Hall, Loughor Town Hall in Swansea, and Millennium Quay in Llanelli.
Tags:
moviesglamorganwalestopicalparanormalmargam castle